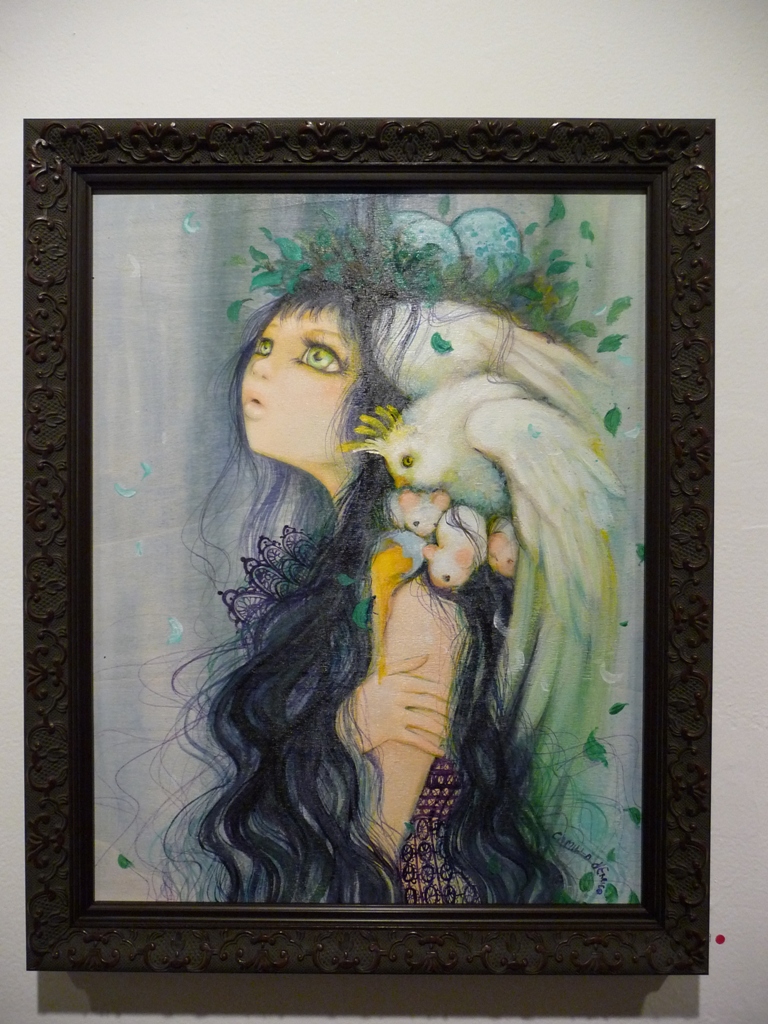 With the DJ spinning and the hipsters of Williamsburg crowded about on Friday night, Ad Hoc Art opened their new show “In Language of Angels”. The six artist show was a nice compliment to the diverse Brooklyn crowd. Seen in the exhibit were: the Manga-esqe Camilla dâ€™Errico, the bold Lisa Alisa, the entrancing Sarah Joncas, the embroidery laced layouts of Simone Maynard, the digitally detailed Mijn Schatje, and the dynamic illustrations of MIA. This was a great show for AM to attend as Ad Hoc also showed off their recently renovated floor space which included some surprises: a DJ booth and a newly added 2nd room. Andrew of Ad Hoc was kind enough to give us a private showing of the “AH project room” which featured the works of up-and-comer Logik One.

If you’re in the New York area you should definitely stop by to see the show.Â It runs until November 23rd.

All opening night pics after the jump. 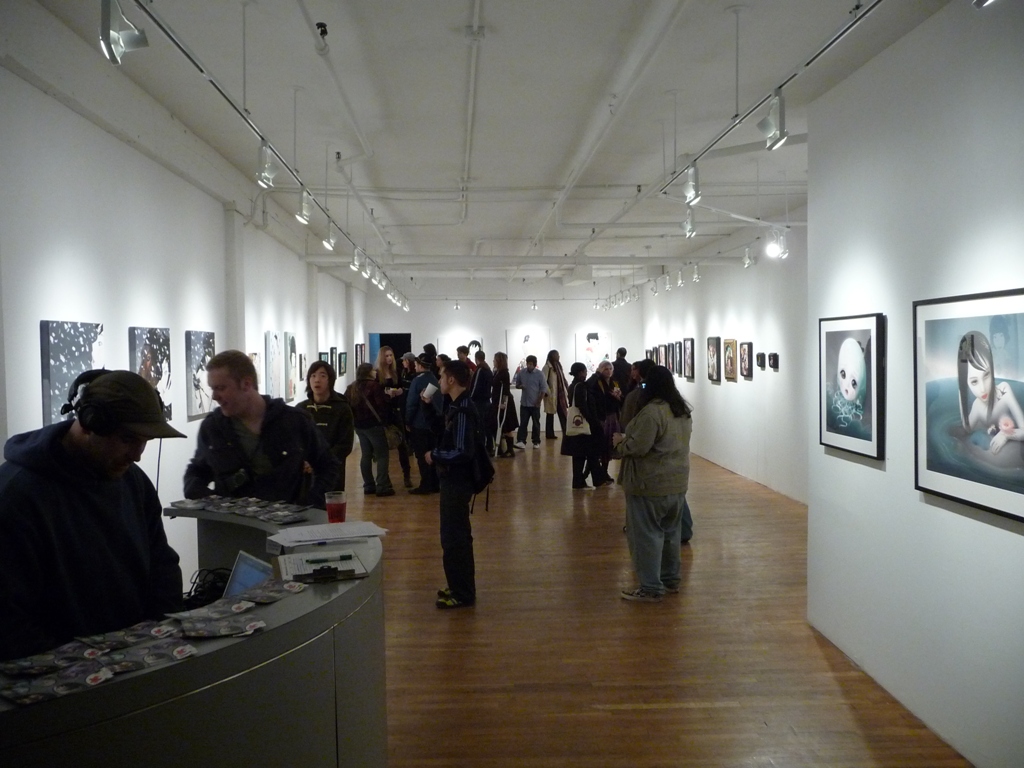 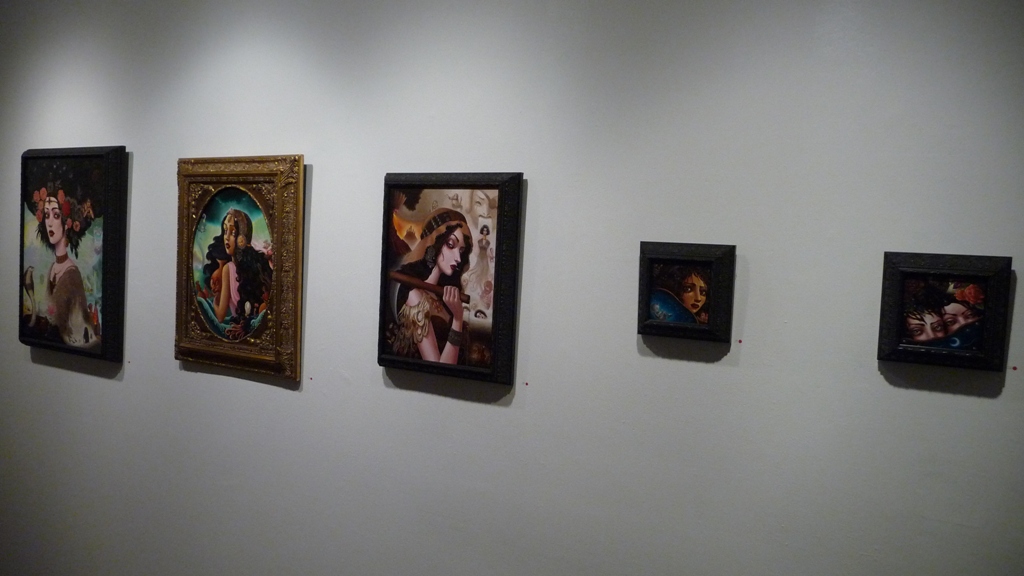 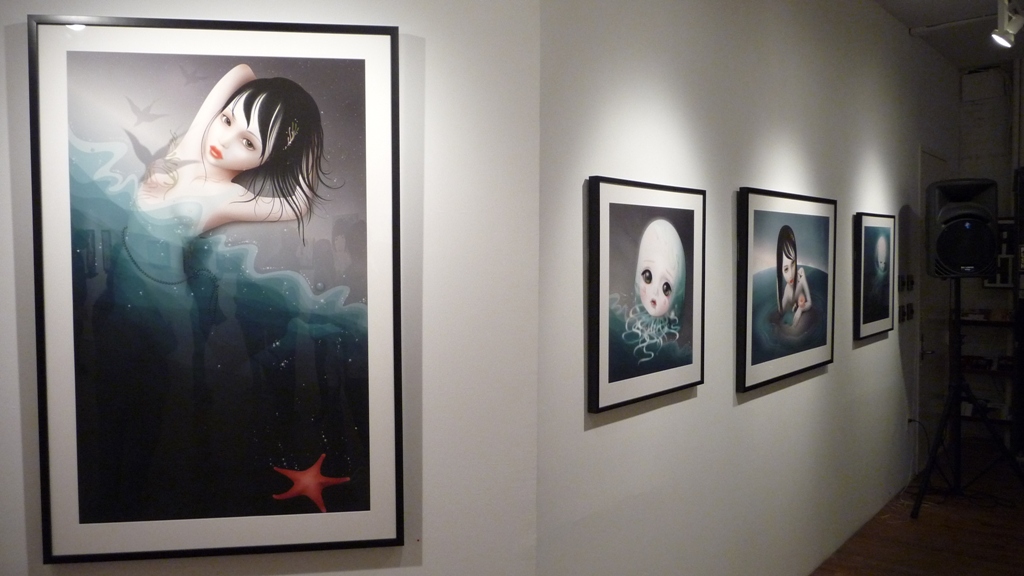 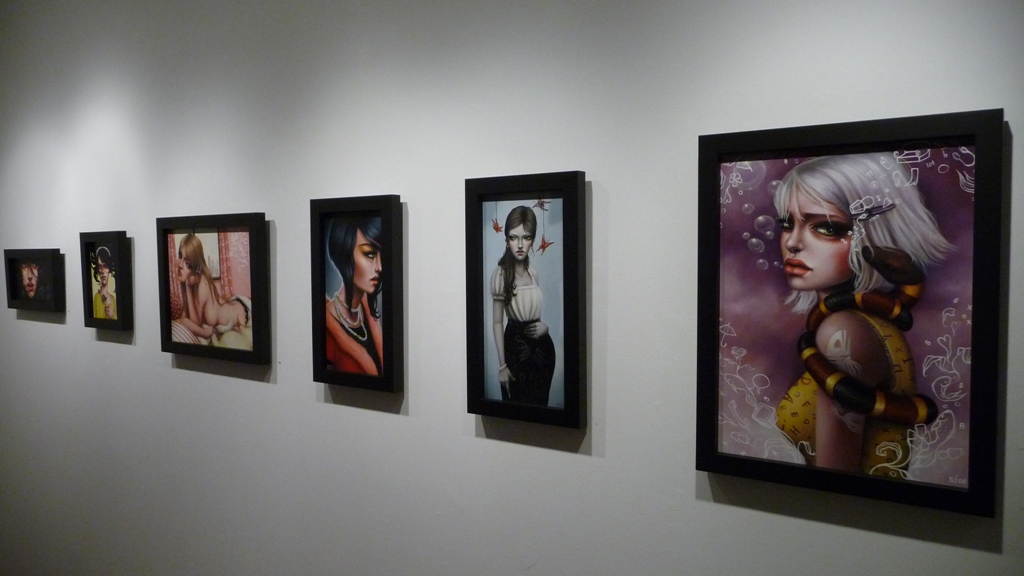 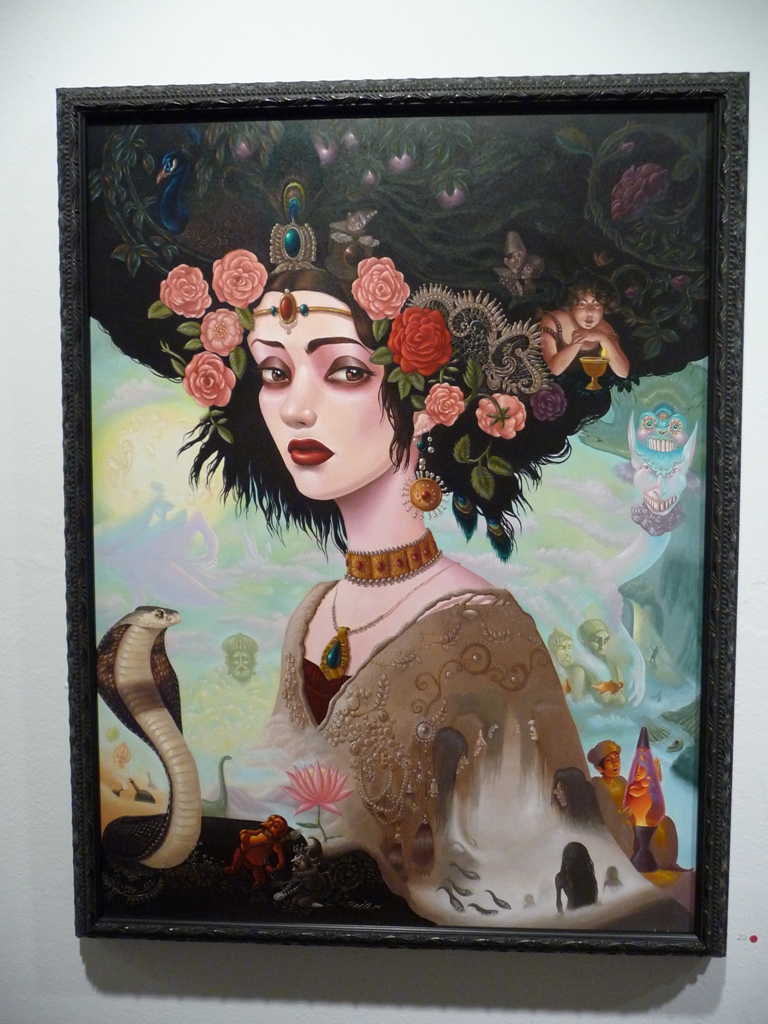