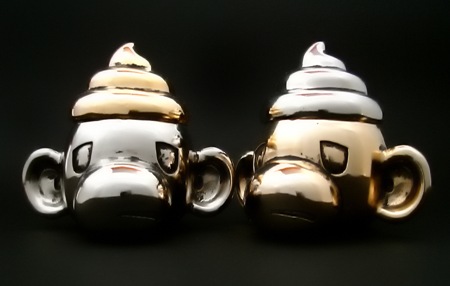 Fully Visual, maker of metal figures in the vinyl dominated world of art toys, has carved out a niche for themselves. After successfully producing fine hand-cast metal figures for the likes of Kozik, Joe Ledbetter, Tim Biskup, and Gary Baseman, they will be releasingÂ “Shithead” – based on the work of Luke Chueh. On October 21st (11 AM PST), 100 pieces will beÂ made available,Â with one being the chase (gold piece). 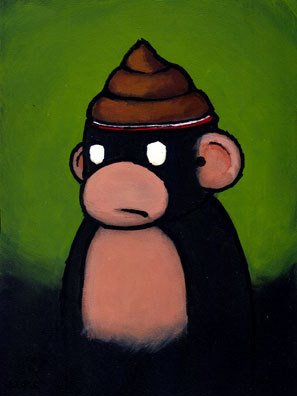 Presumably, the figure is based on this painting called “Shit for Brains.” Interestingly enough, when I first talked to Luke about this piece I had initially thought the painting was called “Shithead” but it wasn’t… Seen below is the companion piece entitled “Shitball.” 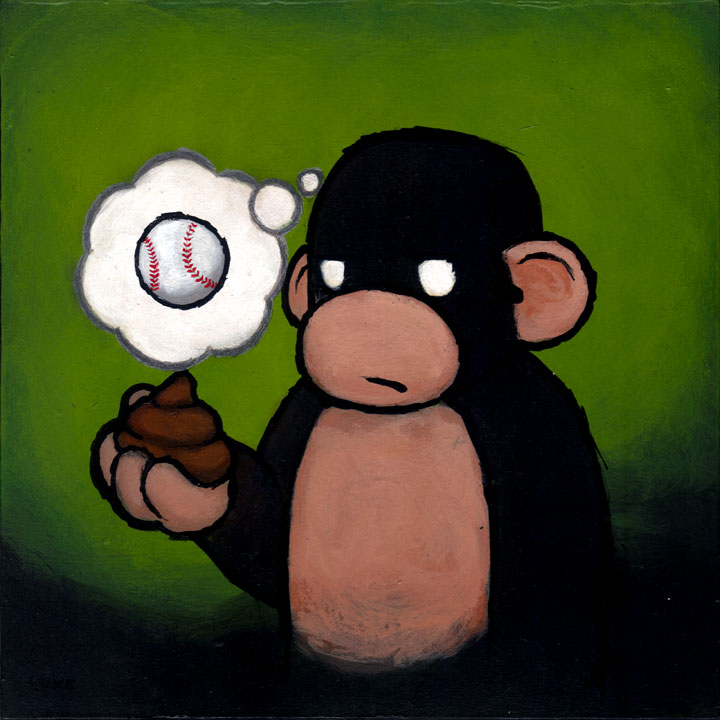 Check out the other figures released by Fully Visual in the gallery.