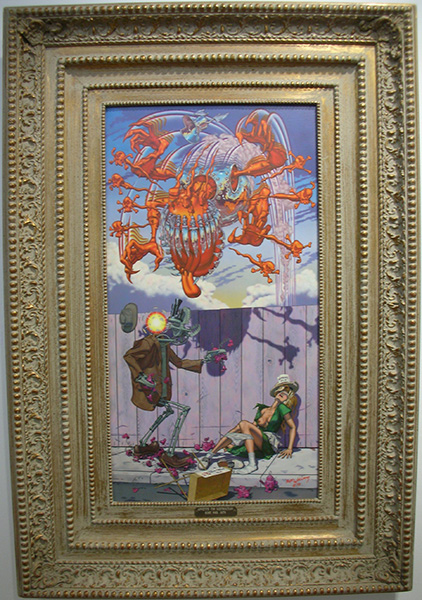 This has been written on before, but AM thought that it was important enough to revisit. In the world of low-brow and pop surrealist art, there perhaps is no bigger name than Robert Williams, and Williams’ 1978 painting Appetite For Destruction is without a doubt his most recognizable work. People worldwide were exposed to Williams’ work when the paintings’ title and image were used by Guns ‘N Roses for their incredibly successful 1987 major-label debut (although the cover art was soon changed as many found the image offensive). So although there were plenty of impressive works of art in Miami this year, there were few masterpieces of Appetite’s stature. 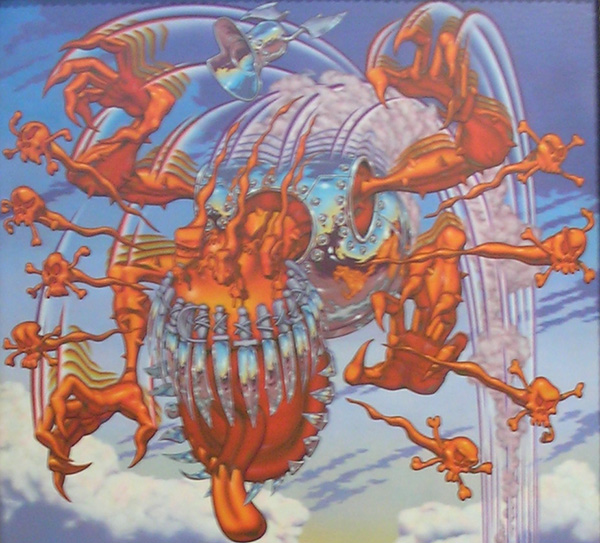 Coming upon Appetite hanging on a temporary wall of a booth at Scope Miami was a surprising experience. First, the image is as shocking and brutal as ever: the knife-toothed monster; the ravaged woman. But in person, the mastery of the details – the sharp focus on the monster and the slight blurring behind to express motion – really come out. 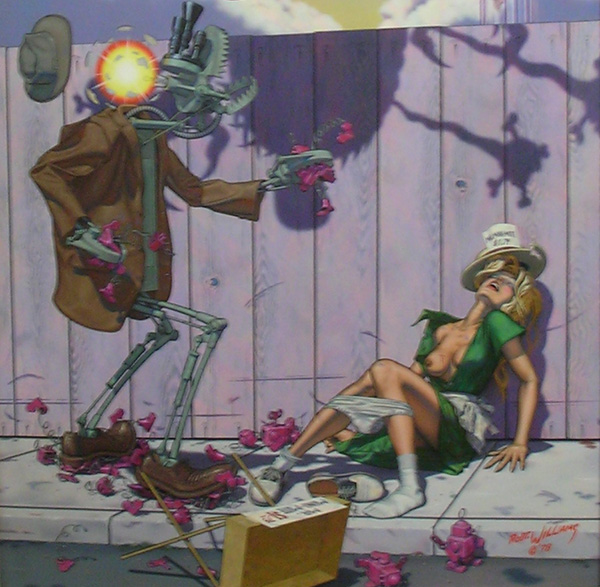 Second, it was hard to believe that the piece was not only for sale, but was being hawked at an art fair. One would have thought that a painting like this would be highly sought-after, and could be easily dealt to a high-end collector behind the scenes, without ever seeing the light of day. And the price of $350,000 although high, seemed appropriate for one of the top works of the genre. AM hopes that whomever the lucky collector is who ends up buying Appetite truly appreciates it.