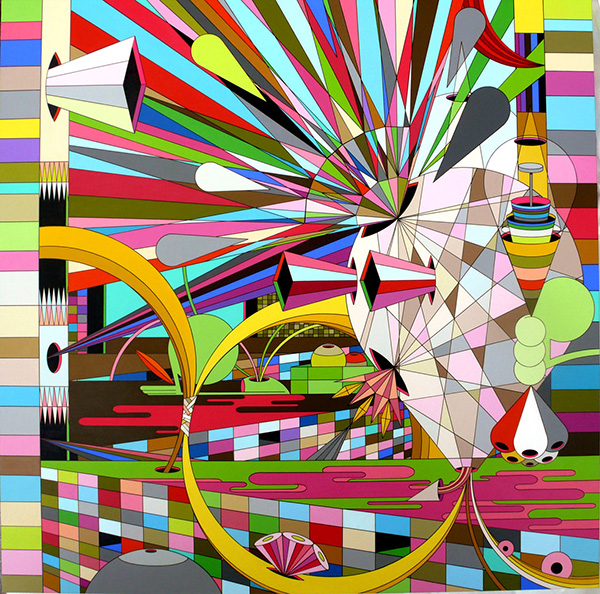 James Marshall, aka Dalek, is known for brightly colored, superflat paintings consisting of his signature Space Monkeys. But since his 2007 show at New York’s Jonathan Levine Gallery, entitled Desperate, Rejected and Angry, the military brat and once graffiti artist has been pushing the boundaries of his style, becoming more and more geometric and abstract. AM chatted with Marshall recently about British science fiction, art fairs and beyond.

Read the interview after the jump. 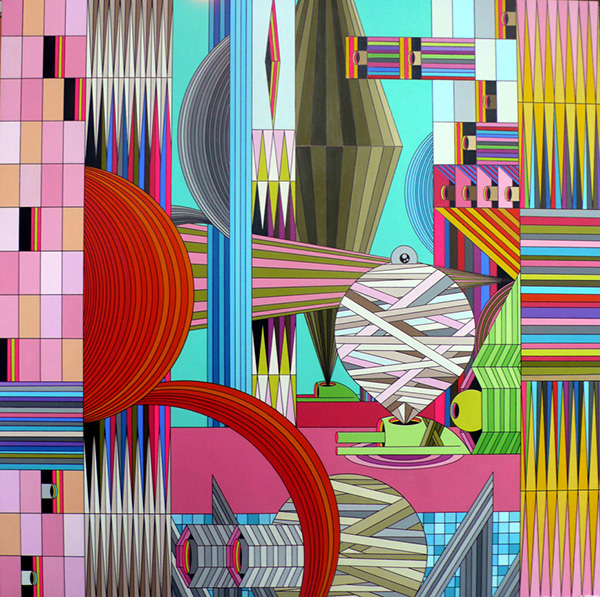 Arrested Motion (AM): Up until recently, you worked exclusively under the name Dalek. How did you start using that name? Were you a big Dr. Who fan?

James Marshall (JM): I watched a lot of Dr. Who when I was a kid…thats for certain. When I started painting graf in the early 90’s and was looking for a name, I tooled around with a few things and sort of landed with Dalek. I liked the letter combo, and of course that the Daleks were merciless assassins of humanity. Let’s just say there was some misanthropy that ran through my blood. So yeah, thats where it started. I haven’t watched Dr. Who in ages. The new one sucks. I get an occasional–very very occasional–email from a threatened die-hard Dr. Who fan who believes that I call the Space Monkeys Daleks, and have challenged them to a dual with the real deal. This brings me back to my earlier point about misanthropy.

AM: Your Space Monkeys seem more mischievous than dangerous. Do you really think that they would be a match for Daleks?

JM: Yeah, I guess they probably wouldn’t. What can you do? Maybe I should just put the monkeys out of their misery and concede to the few. Better luck next lifetime. 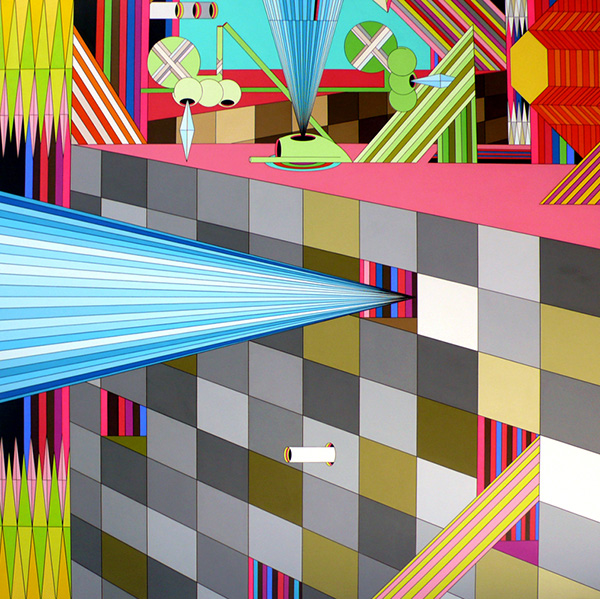 AM: Well, it seems that the Space Monkeys should be afraid of you more than anyone since you are the one who has been exterminating them from the paintings. I saw two of your new works down at Art Basel and there were almost no traces of them left.

JM: You know…they’re just developing better camo to hide out in the vastly expanding environment they live in. They’re being consumed by their own relentless need to consume and procreate. They’re there. You just have to really want to see them. As the old saying goes, “just like cockroaches,” or something in the general nature of that sentiment.

AM: Speaking of consumption, what did you think about Art Basel?

JM: Hard to sum it up really. There are lots of positives and negatives to it.

AM: Did you have time to see any of the fairs? Did you see anything that really inspired you?

JM: I managed to get over to Scope, Pulse, Aqua Hotel, Art Asia and I think that’s about it. It’s so overwhelming. You have to pick just a few things, otherwise its just overload. And there is so much bad stuff, it can override or mud out the good. I saw some inspirational stuff. Not sure where it was, who made it or even what it looks like at this point. I sort of internalize it and its morphs to fit my vision of it. 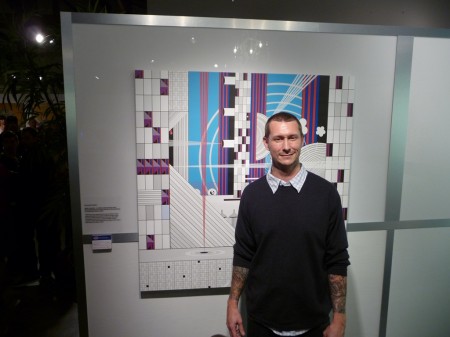 AM: I saw the piece you did for the Vanguard fair, which had a much more muted and limited color palate than you usually use. Was that a challenging project for you?

JM: It was a bit. The original version I did was more colorful. I was worried that muting it down would kill the depth. But it was a nice challenge to try and make it work. The feedback I’ve gotten on that piece has been very positive. All of my older work was more monochromatic like this, so it was taking an old idea and revisiting it in a new context, which is something I’m starting to get interested in anyhow. Everything happens for a reason, so I think that project has awakened some things, made an unconscious link.

AM: Yeah, I thought that that piece was interesting for you. I hadn’t seen you do anything with so much white space. It really changed the tension of your work. It would be cool to see you follow that path a bit.

JM: Nice. Thank you. I think I may definitely try some experiments with that. 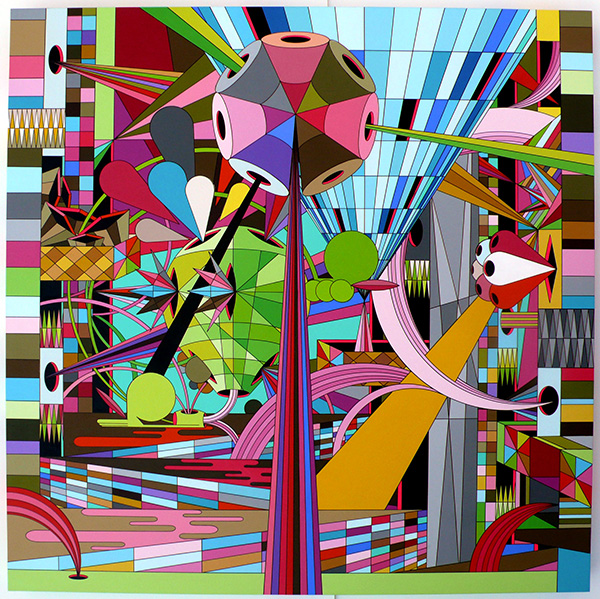 JM: As far as 09….the first thing I have coming up is an installation project at the Redux Art Center in January (previewed). That opens the 23rd I believe. I’ll be down there [Charleston, SC] for about a week working on it. Then I’ll be doing a 2 person show with Mike Giant at Galerie Magda Danysz, which is at the end of April. Then there are some other group shows…I’ll be doing a 3-person show in Sept I believe at Elms Lester in London. And some projects with ROJO mag out of Barcelona. Some things still in the works. We’ll be launching the new version of the Web site soon. Maybe in the next month I believe, it should be fully operational.

AM: Sounds like you are going to be plenty busy. Good Luck, and thanks.