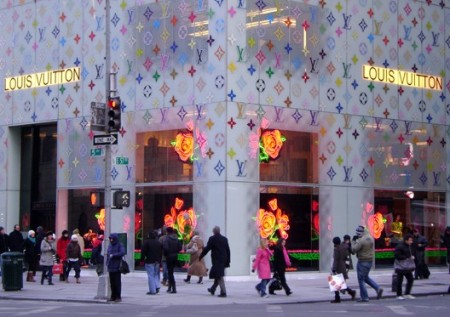 Sprouse is best known for his Day-Glo bright, graffiti-printed, street influenced fashion collection that made its mark on the early eighties. The launch of the new limited collection of bags, accessories, and ready to wear items draws inspiration from the 2001 collaboration between the French design house and Sprouse. 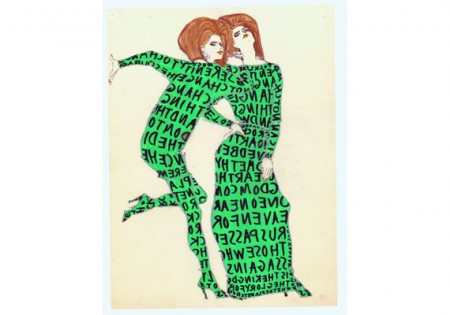 In conjunction with the new collection, New York’s Deitch Projects is exhibiting a Stephen Sprouse retrospective titled “Rock on Mars” which feature Sprouse’s pop-influenced paintings of iconic rock and roll imagery, video works which originally accompanied his runway shows, and photos of his fifty most influential fashion looks. The exhibition runs through February 28th.

In addition to the new collection and retrospective, Rizzoli recently released a comprehensive book that pays tribute to Stephen Sprouse which features Sprouse’s art, sketches, and photographs. The book also includes interviews with Sprouse’s family, friends, and colleagues.

See all of the images of the Fifth Avenue store, a preview of the Deitch Projects installation, and a peek at the book after the jump.