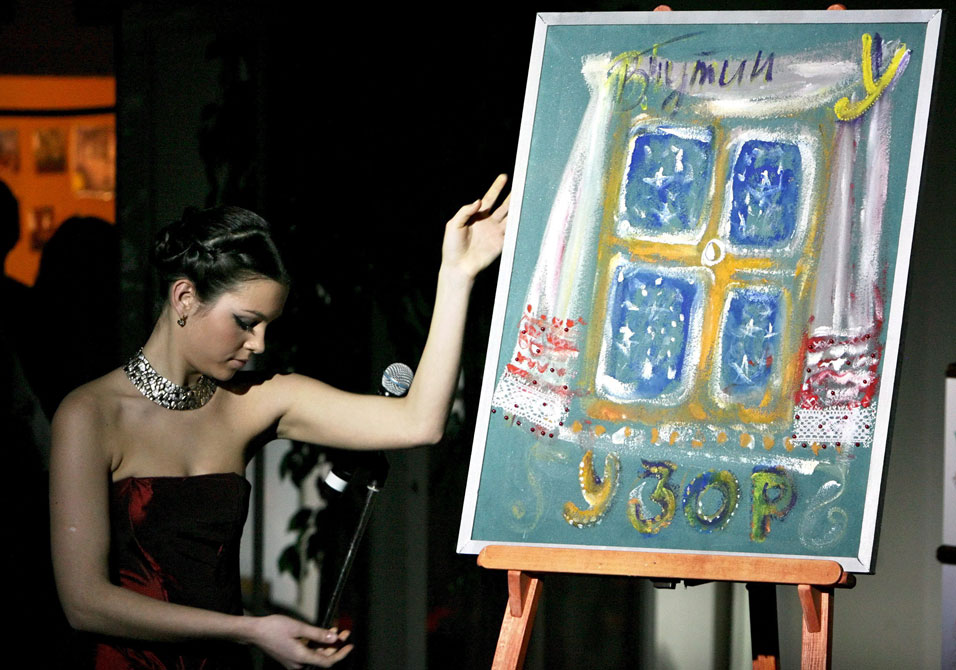 Is this the ultimate celebrity art? Russian Prime Minister Vladimir PutinÂ´s painting sold for $1.1 million at a charity auction recently, making it the most expensive painting ever sold in Russia. He supposedly only spent 20 minutes on it and had an artist paint in the rest. Russian celebrities were each given a letter of the alphabet as a theme and Putin received the Russian letter “u,” for “uzor” (pattern). Ironically as reported, he painted it just days before Russia turned off Europe’s gas supply after an argument with Ukraine and the painting’s two frost-covered windows look out onto a cold snowy Ukrainian landscape. Of course, he is not the first world leader to have an artistic side – for example, Winston Churchill and Adolf Hitler both famously were known as “artists,” but Putin’s piece has probably sold for the most money. We wonder how much a painting by Obama would go for?