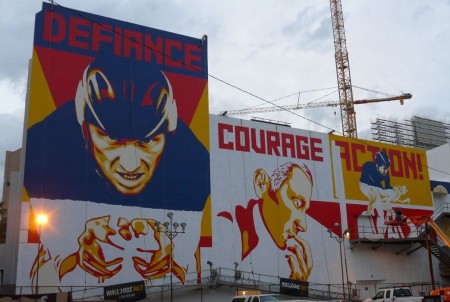 We went by the first few days to take some pictures to show you the day to day progress (after the jump), but this amazing mural will be officially unveiled on Saturday, March 7th at the conclusion of Lance Armstrong’s “Hollywood Ride”, a fundraiser to benefit the fight against cancer. For more info and to register for this ride, please RSVP to [email protected]

After a very eventful East coast swing, Shepard Fairey is back working his home turf of LA, and this time it’s a BIG canvas… How big? Well how about the side of a theatre? To be exact, it’s the side of the historic Montalban Theatre, which now houses Nike’s crown jewel “Sportswear” store. This enormous mural is a collaboration commissioned by NikeÂ to commemorate Lance Armstrong’s return to cycling.

Update: “Nike Sportswear has just announced an exciting initiative with Lance Armstrong in which the two will team up to present Stages, which launches this Saturday, March 7, 2009 at the MontalbÃ¡n Theater. This new project will see participation from more than 20 of todayâ€™s most exciting and prominent artists who have put their great talent to use to create art work for an exhibition that will eventually be put up for sale to support the Lance Armstrong Foundation (LAF).

As part of the festivities on Saturday, a 2.2 mile bike ride will take place with 700 cycling enthusiasts and it will be led by none other than Armstrong himself. The bike ride will begin at the Childrenâ€™s Hospital in Hollywood and it will end at the MontalbÃ¡n Theater where guests will be treated to an unveiling of a new collection of Nike Sportswear apparel and footwear designed to celebrate human potential and overcoming adversity. Be sure to stay tuned for coverage of the event.” Update via SlamxHype 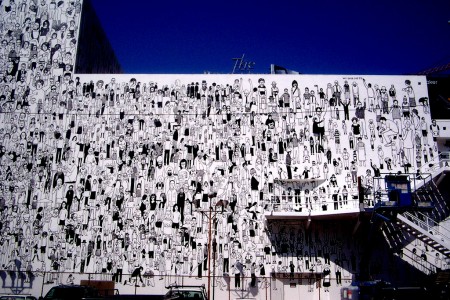 This isn’t the first time the Montalban theatre has been used as a canvas. Last fall, Geoff Mcfetridge created an amazing mural consisting of overlapping crowds of people. Since Nike’s officially asked Shepard to do this season’s mural, it’s a solid bet that the permits are in place to the LAPD at bay. 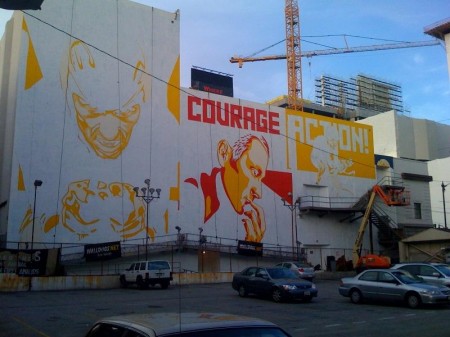 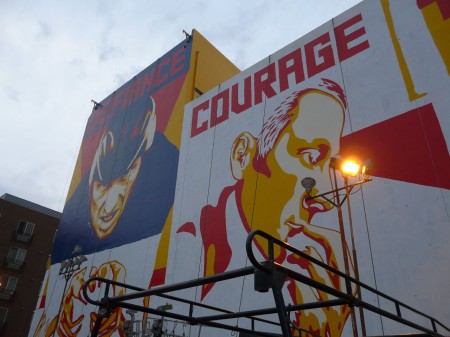 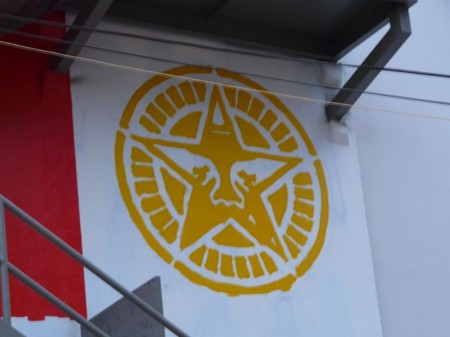 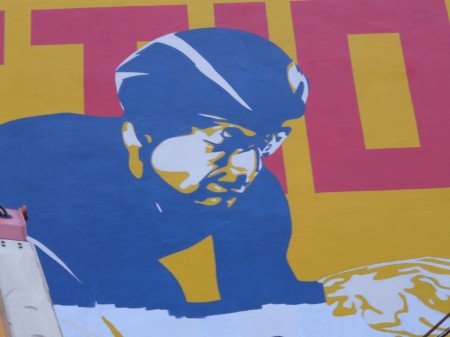 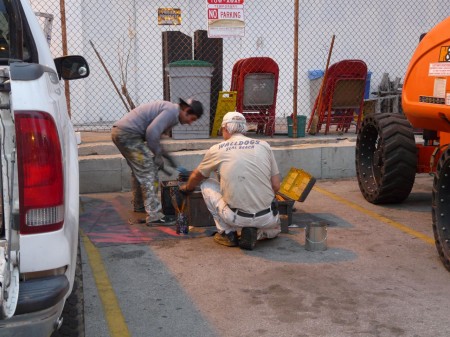