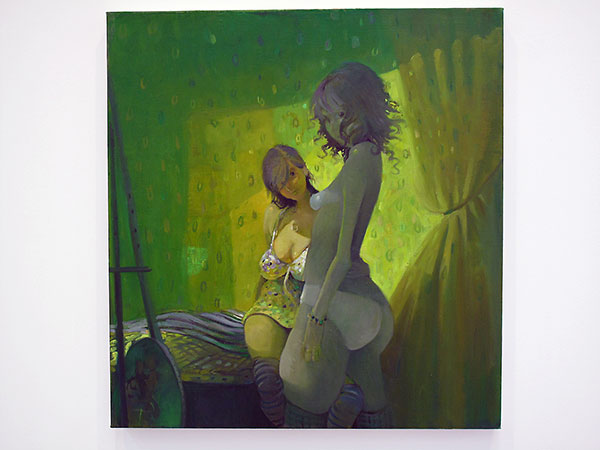 Its been a while, but this weekend, AM was lucky to be able to take the day to stroll around Chelsea, popping into any and every gallery that looked interesting. Over the course of the afternoon, two shows stood out: Lisa Yuskavage at David Zwirner and Paul Morrison at Cheim & Read.

Yuskavage quickly became well known in the mid to late 1990’s for her overtly sexualized portraits of shapely women. For this show, her second for Zwirner, Yuskavage includes such portraits, some with faces covered in pie, as well as landscapes.

London-based artist Paul Morrison paints graphic black and white works depicting images from all sorts of sources, such as botanical illustrations, Renaissance woodcuts and religious paintings, and even Disney cartoons. Morrison’s current show also includes two large-scale sculptures of dandelions, one in black and the other in silver. Simultaneous with his gallery show, The Horticultural Society of New York is exhibiting a portfolio of 10 of Morrison’s botanical silkscreen prints.

See favorite selections from the each show, after the jump.