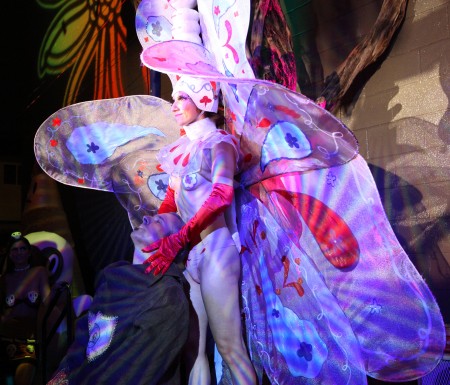 Gary Baseman and Corey Helford Gallery pulled out all the stops for last night’s Carnivale-style extravaganza celebrating “La Noche de la Fusion” (covered), Baseman’s solo return to Los Angeles in over two years. Featuring Baseman-designed costumes come to life, carnival games, a fire bowl to burn away your fears and insecurities, an animation reel exploring Toby’s Travels and the Enlightened Chou, as well as eye-candy as far as the eyes could see, this was certainly an event to remember.

The capstone of the night’s celebrations was the performance of Metamorphosis, the transformation of a cocooned girl into a stunning Baseman-winged beauty. Big names from the art community were out in full force to show their support for Baseman, including Mark Ryden, James Jean, Tim Biskup, Greg Simkins, Jonathan Levine, Natalia Fabia,  Lola, Adam Wallcavage, Ana Bagayan, Luke Chueh, Nathan Spoor, Joe Ledbetter, Buff Monster and many more. 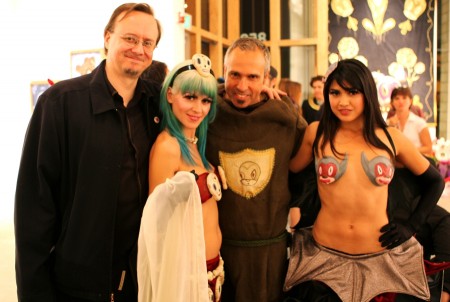 Check out the rest of the festivities as well as AM exclusive backstage photos of the props, costumes and lovely ladies after the jump. 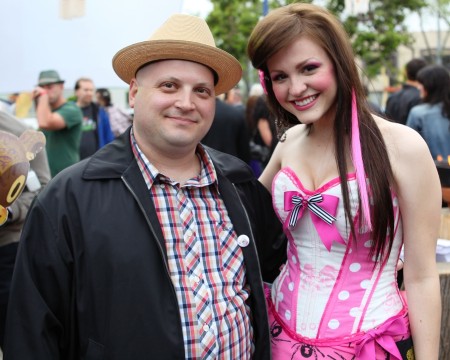 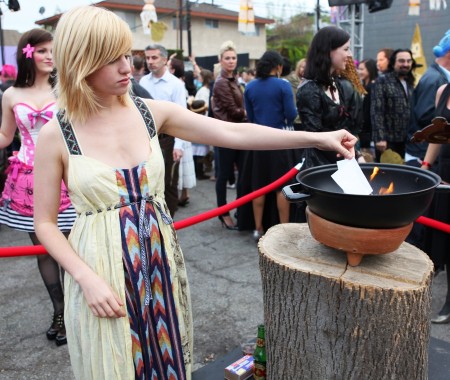 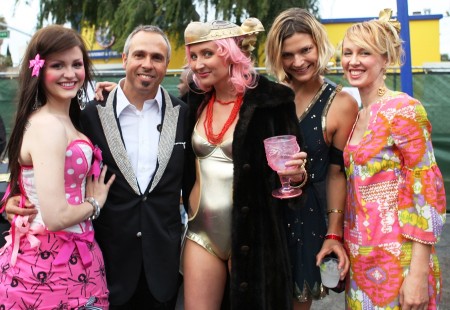 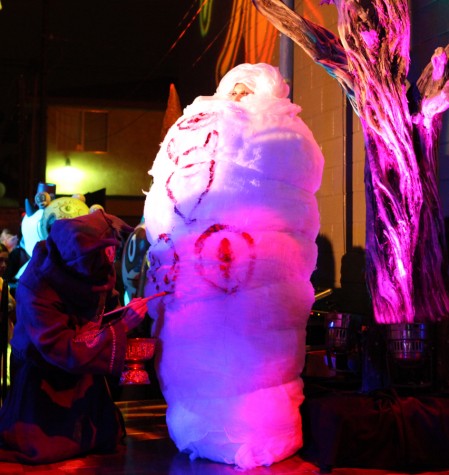 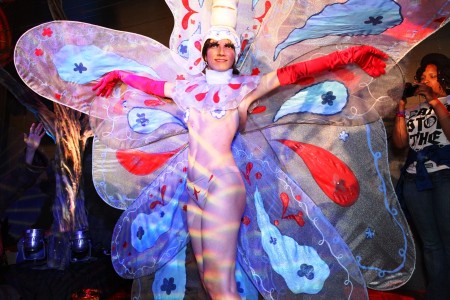 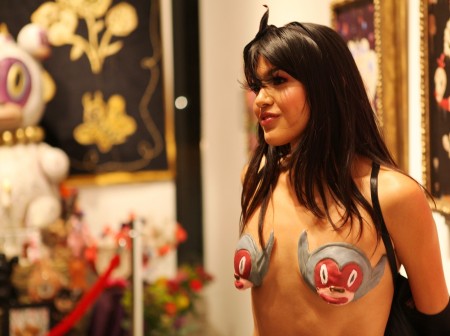 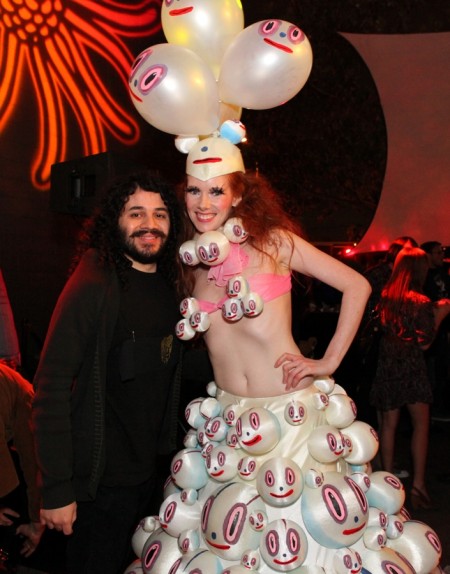 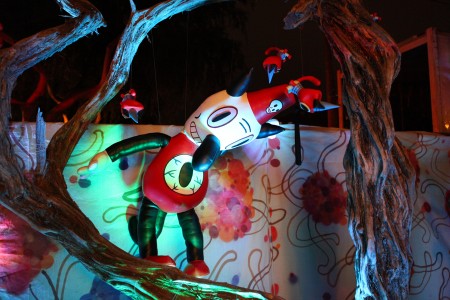 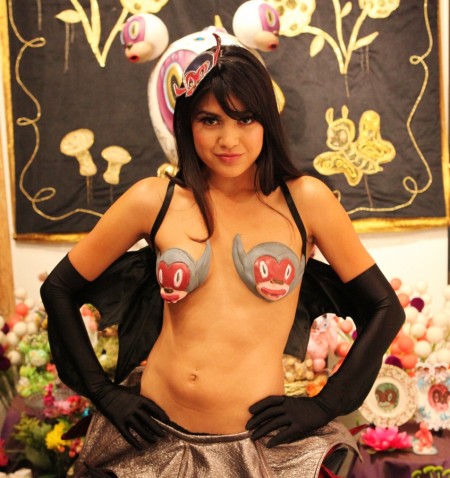 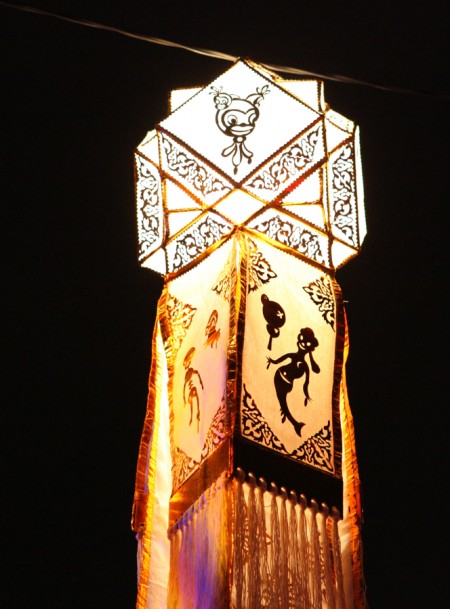 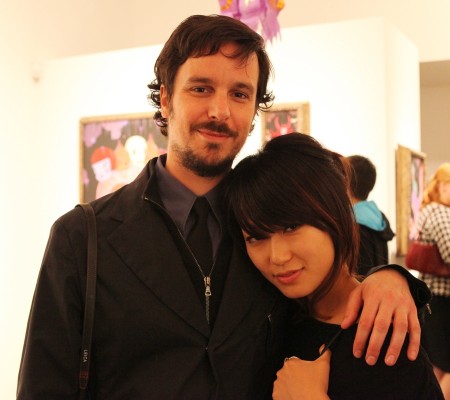 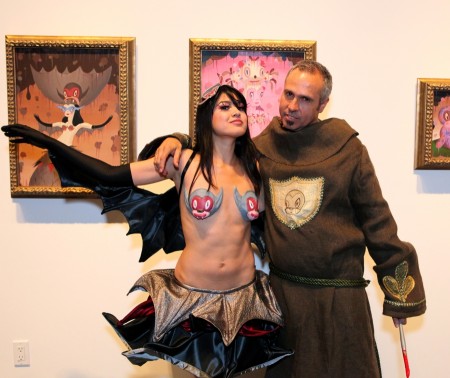 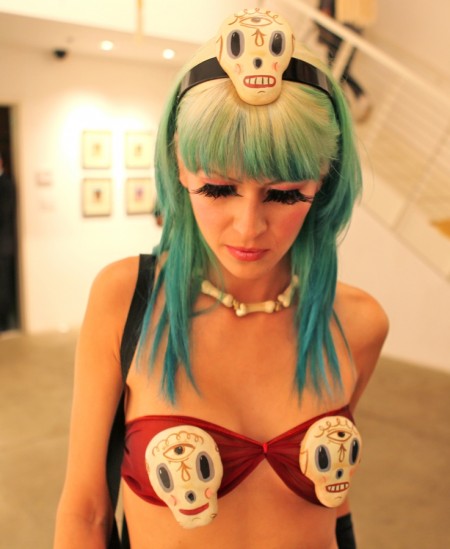 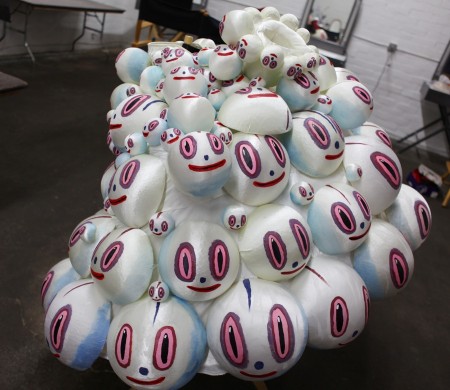 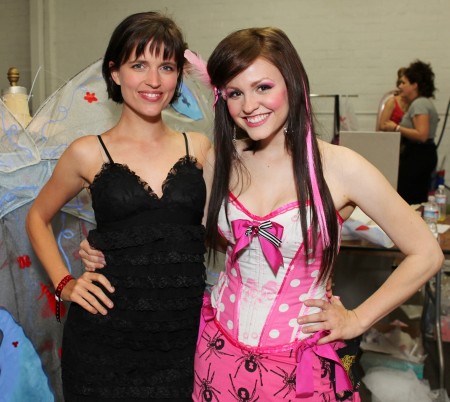 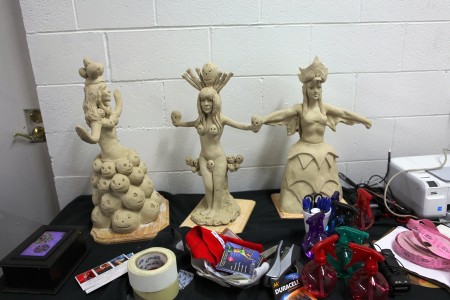 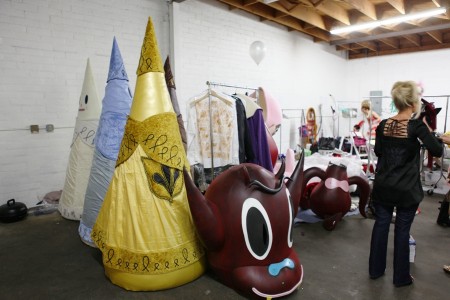 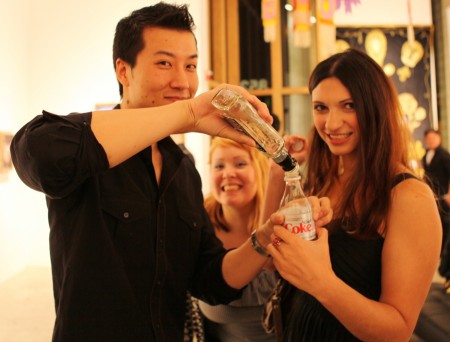