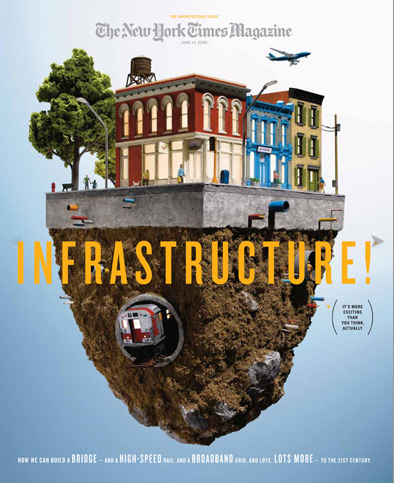 An artist we recently fell in love with at the Culver City Artwalk, Thomas Doyle, was commissioned by the New York Times Magazine to create a sculpture for their “Infrastructure” issue. This issue, which hits newsstands today, focuses on architecture, a perfect fit for half of what Doyle does so well – create small scale replicas of different structures and buildings placed in terrariums.

The other half of what he does well is what sets him apart from ordinary diorama makers – capturing human emotion and creating atmosphere. From the precarious placement of a house on a eroded cliff to the ominous scene of a couple covering up a crime, Doyle is a master of creating pieces that connect with the viewer, all done with engrossing detail and style.

On a side note, Doyle’s work is reminiscent of an artist that we have covered before, Slinkachu, except that where Slinkachu sculpts for the sake of miniature photography, Doyle is focused strictly on sculpture as his primary art form.

Doyle is definitely an artist that we will be keeping an eye on, especially since he has an upcoming show with LeBasse Projects. Not sure if he will be doing something new for this show or whether the body of work will expand on the three series he has done so far – Distillation, Reclamations and Bearings (reviewed nicely by Erratic Phenomena).Â  Take a look at examples of each series after the jump… 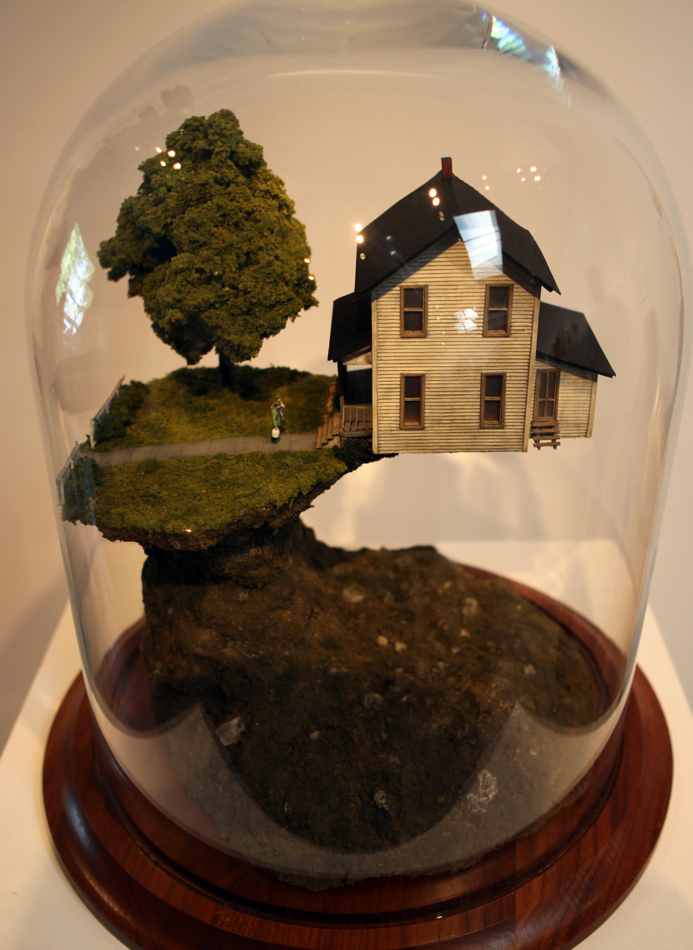 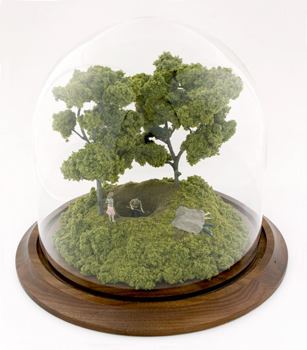 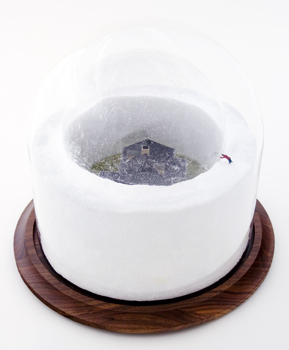