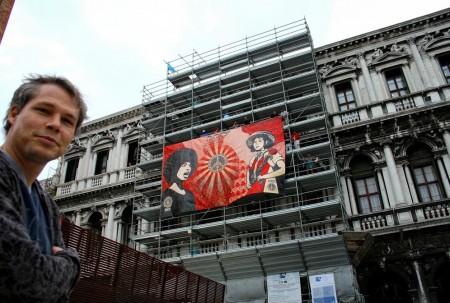 It appears Swoon wasn’t the only artist in Venice recently.Â  Shepard Fairey and his boys were also spotted spending a few weeks to “restore Venice.” The purpose of their visit wasn’t to vacation in the grand canals of Venice, but to create works for the SMS Venice Foundation. The works were donated by Shepard to promote the preservation of artistic and architectural heritage of the historic city of Venice. 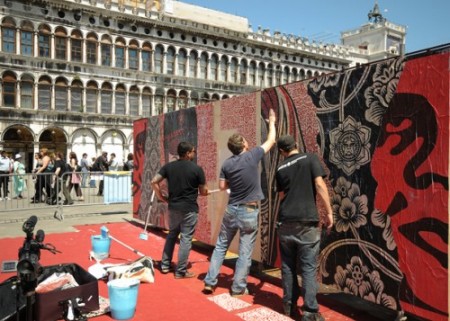 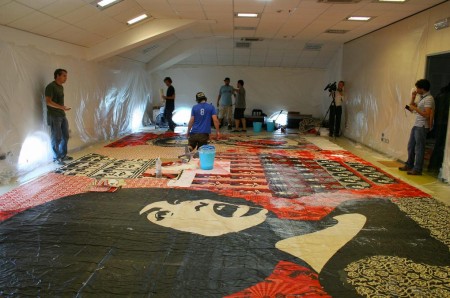 In usual Obey fashion, Shepard and his crew went hard at work in creating the mural that wasÂ placed at the center ofÂ “Piazza San Marco” (St. Marks Square). Unlike his previous visit to Boston, Shepard was welcomed with open arms by the Italians. Check out this video from the news in Italy.

As reported from the “Rumor Mill” Shepard is now in Switzerland to attend Art Basel where he is officiallyÂ showing with Deitch Gallery. 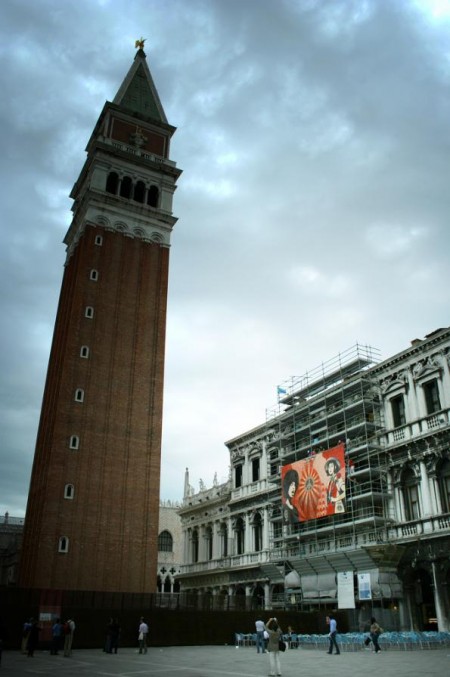 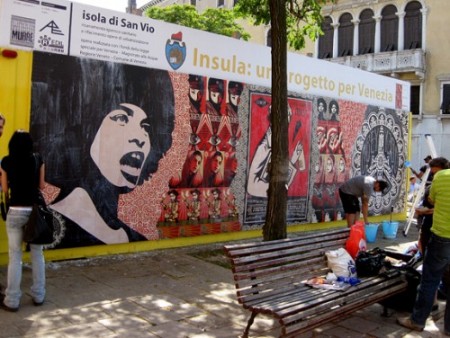 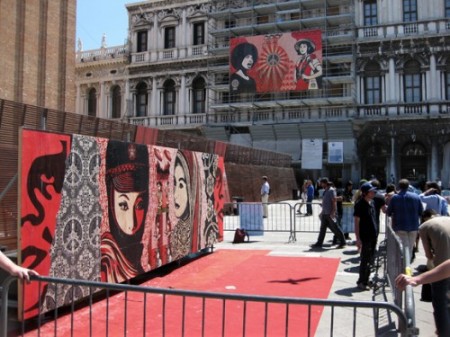 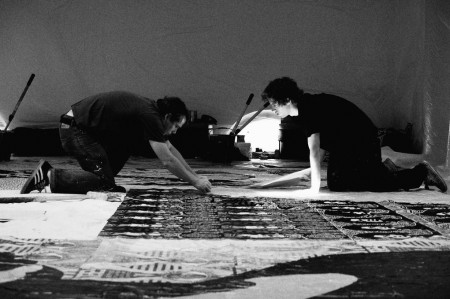 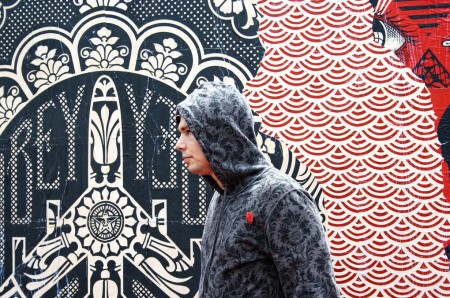 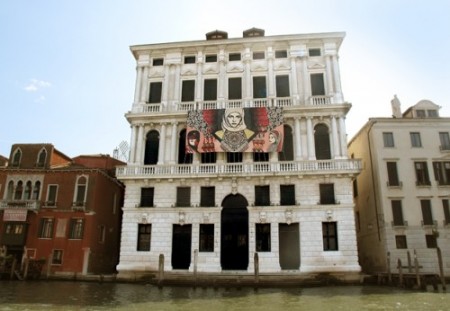 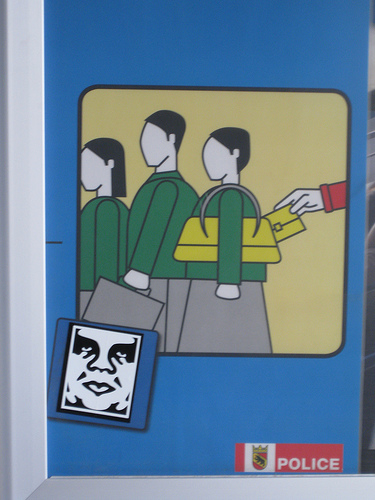 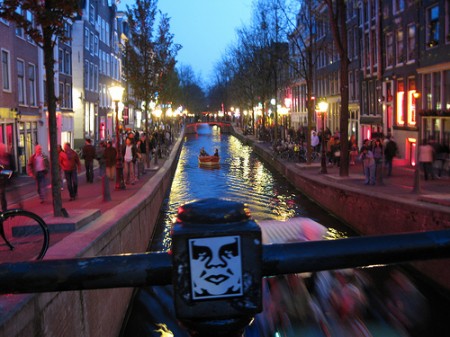