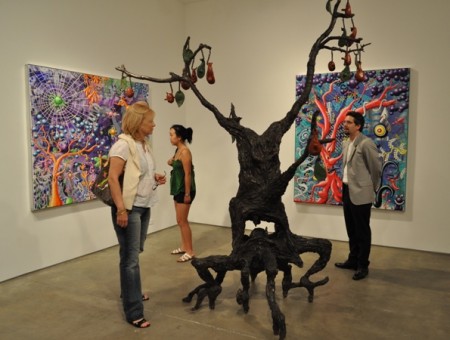 AM was on hand as Kenny Scharf opened his first solo exhibition in Los Angeles since 2005.Â  Honor Fraser Gallery was filled with groovy, brightly colored florescent paintings and sculptures from the legendary Pop artist.Â  Continuing with his mission of penetrating the boundaries of fine art through the use and reference of popular culture, Scharf’s paintings features characters from the Hanna-Barbera universe, mainly The Flinstones and The Jetsons.

Read the rest of the entry and view more photos after the jump. 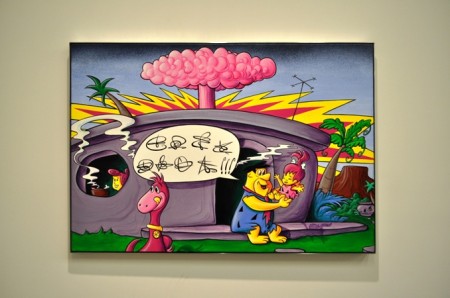 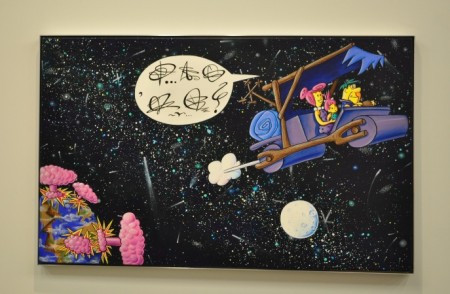 The characters in Scharf’s utopian cartoon universe appear to be living a perfectly joyous life.Â  However, the smiles and cheerful colors mask a violent and unforgettable past.Â  Shadows of nuclear mushroom clouds still remain in The Flinstone’s primitive universe as a reminder that they can not escape this destructive history until they leave their forever-scarred planet.Â  Where do they go?Â  To The Jetson’s futuristic and advanced society, where planetary donuts float freely in space and the inhabitants of vibrant cosmic jungles all get along perfectly with each other, where no disturbing undertones have yet emerged. 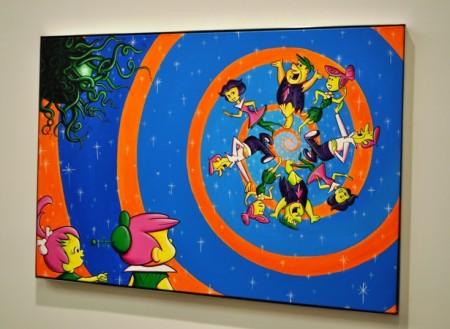 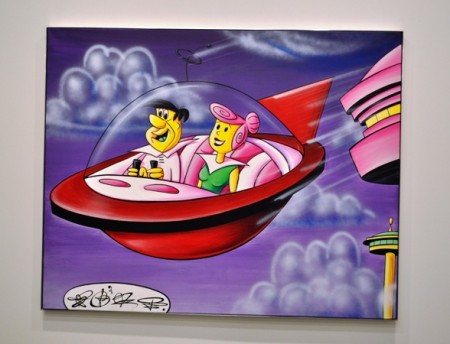 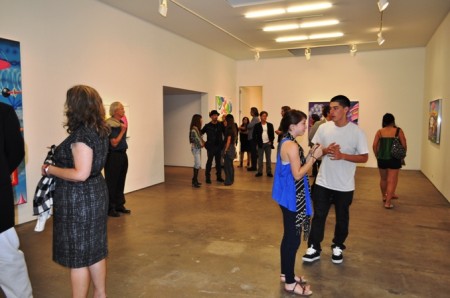