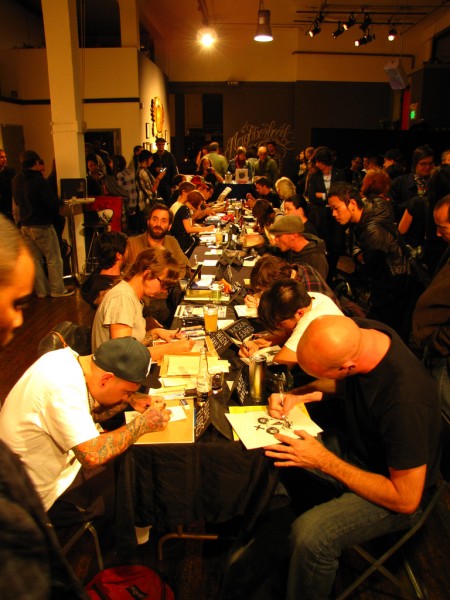 On the last Tuesday of September, AM visited 111 Minna Gallery for their monthly installment of Sketch Tuesdays.Â  Originally held a once a year at Southern Exposure under the moniker “Moniker Drawing Rally”, the event has now grown to a monthly event featuring an ever changing cast of Bay Area artists.Â  November’s installment of Sketch Tuesdays fell on the eve of 111 Minna‘s “Neighborhoods” show (opening/setup) and featured many of the “Neighborhoods” artists.Â  In attendance were such SF luminaries as Mike Giant, Matt Furie, N8 Van Dyke, Skinner, Jason Vivona, Brett Amory, Adam Flores and Adam 5100 to name a few.

Check out the photos after the jump! 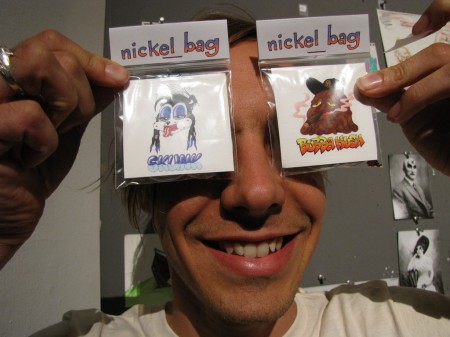 Matt Furie's got that bomb ish... 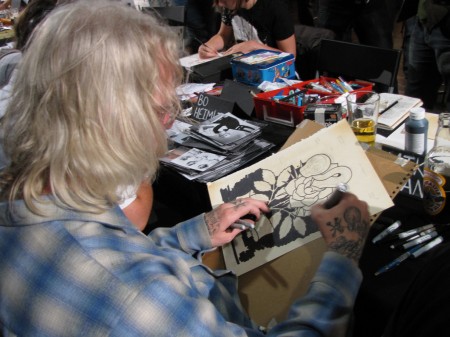 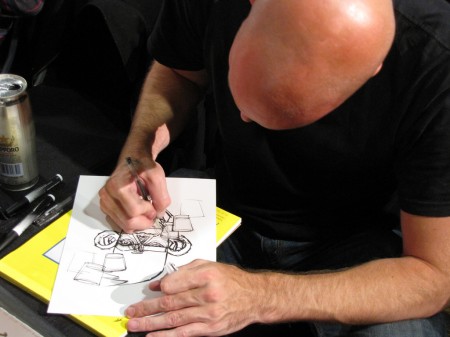 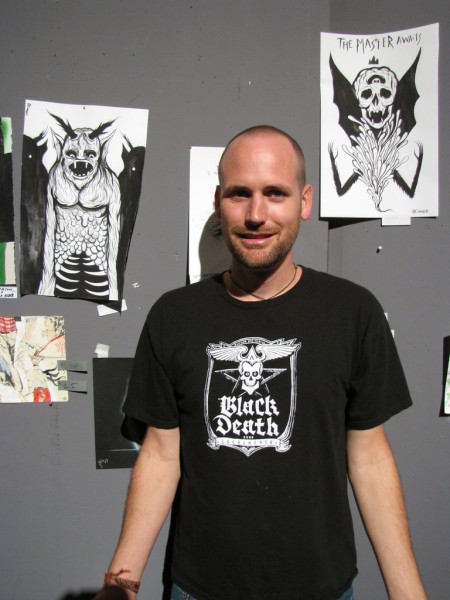 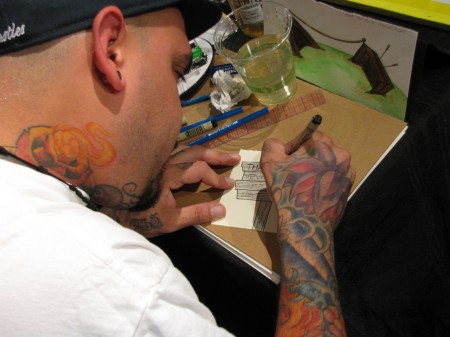 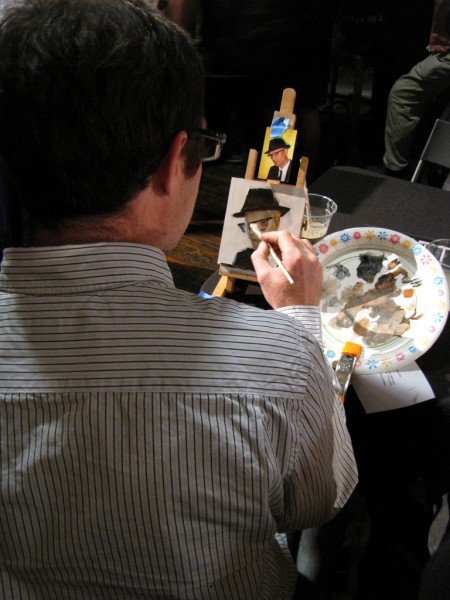 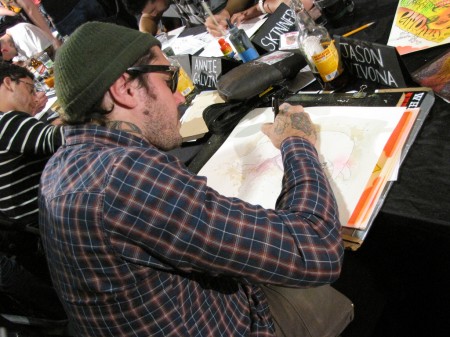 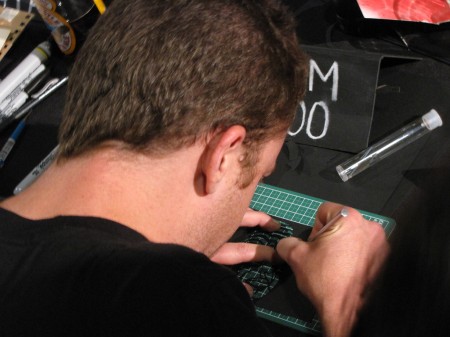 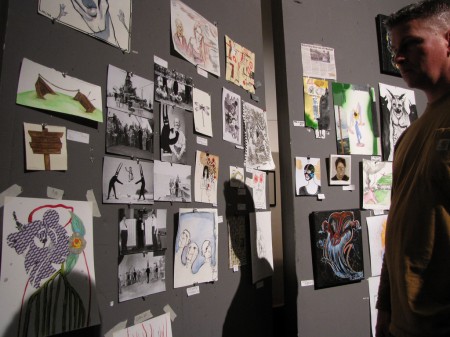