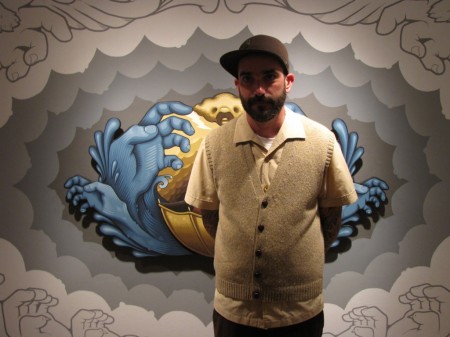 AM visited Jeremy Fish this past weekend in Laguna for the opening of “Weathering the Storm”, his first solo museum show. As you may well remember from our studio visit, Fish has created an entirely new body of work for this exhibit, featuring a variety of sizes and mediums. Fans turned out in droves, many coming from as far as San Francisco to attend the opening. In attendance were art scene staples such as Lynzy Blair of FIFTY24SF, Juxtapoz’s Matt Revelli and Evan Prico, Fecal Face’s John and Jessica Trippe, Rhinomilk (AM:SF), Martin Olive and Shawn Barber.

“Weathering the Storm” confronts a variety of contemporary themes – rising gas prices, the continuing wars in Afghanistan and Iraq, health care reform, environmental destruction, H1N1, and the deaths of film and print media to name a few. Interestingly enough however, Fish’s museum debut is also indicative of the financial crises undergoing most art institutions, many of which have turned to contemporary/street/pop surrealist artists, most notably: Banksy’s recent Bristol show, Shepard’s ICA retrospective, Schorr’s San Jose retrospective and Soto’s Riverside Museum show. With the large (and likely, demographically unusual) turnout we saw last Saturday, it seems that the “fine” art world has found a way to weather their own storms, which doesn’t seem like such a bad thing at all… 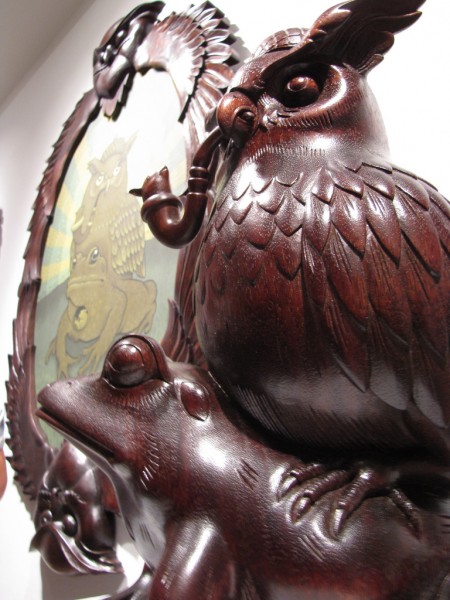 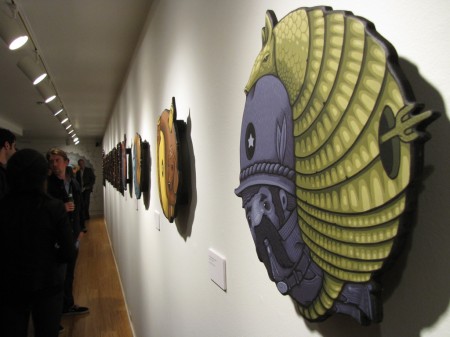 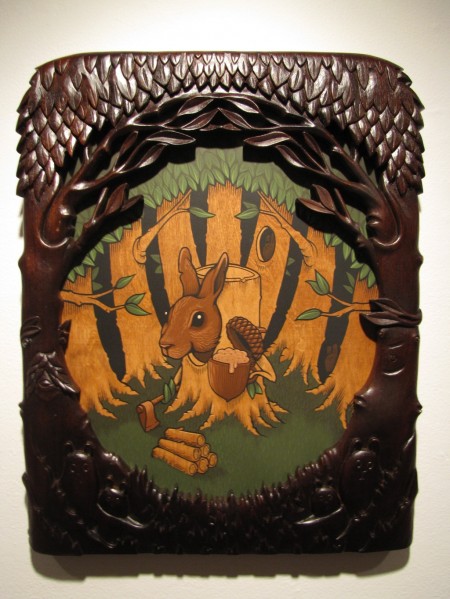 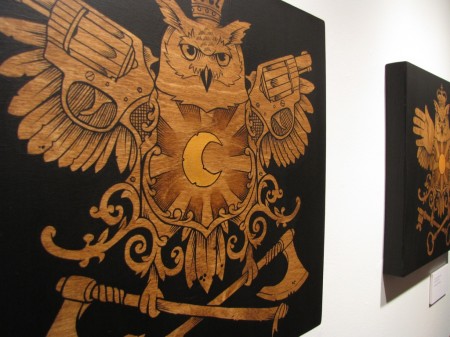 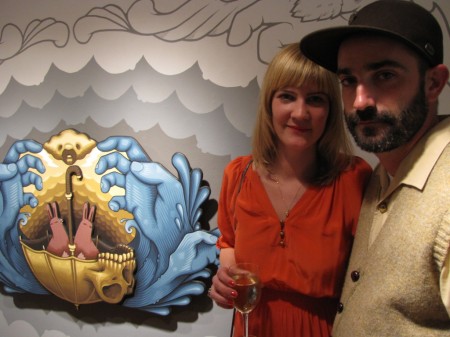