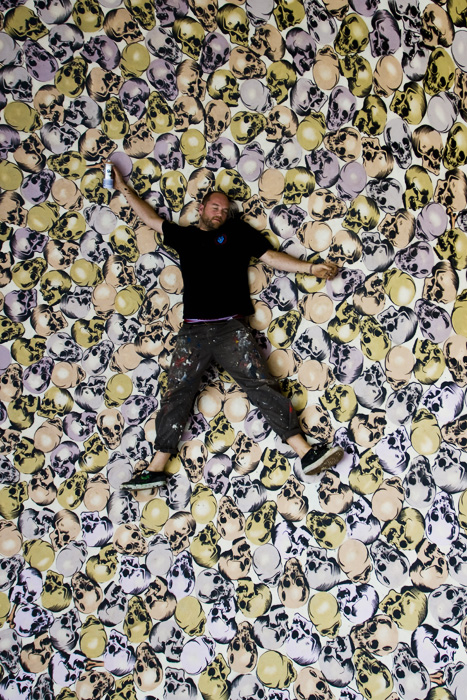 D*Face (interviewed) has just returned back from his two week trip to LA where he made and released his “UnAmerican Graffiti” print, but we knew that he was going to be hitting a few spots whilst in town – and here are the results. The street pieces D painted included the quirky use of Spiderman in a “LA (is for Anarchy)” mural and the stenciling of a 1950’s pool in San Bernardino known as the “Ridiculous Pool.”

Read on for more exclusive photographs and a video after the jump.

The so-called Ridiculous Pool is owned by pro surfer Peter King, and was named due to its sublime curvature. The pool itself had been skated for a number of years as the property remained empty and Peter bought up the pool and property after the vacant building was put on the market for sale.

With the pool remixed by D*Face, Steve “Salba” Alba and D’s partner in crime MeatBall aka Tab were ready to get their skate on in this video (above) made by Peter King!