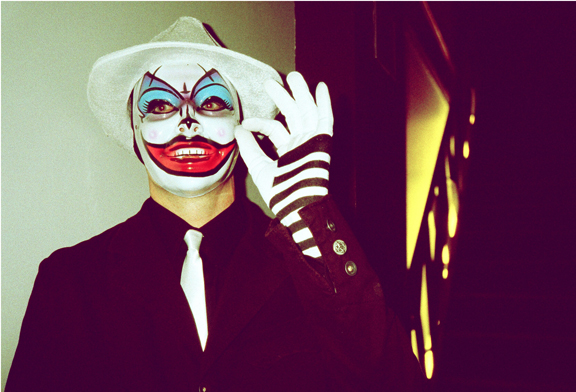 Check out some preview images and Sto’s exhibition statement, after the jump.

All around me people are taking notes, mapping things out, rewiring circuits, reinventing conventions, collecting, combining, and making connections that often turn into new and honest adventures for the eyes and ears, the head and heart. They just won’t stop. Our posse is getting big, our posse is getting bigger. And I’m still getting to Know New York. Even after living here for almost 10 years, I will always be getting to Know New York a little bit more everyday. It just never stops going and growing and morphing, energy like electrons running into each other wild like bumper cars to the galloping sounds of the JMZ rolling by my window. I’m excited for a New Year to begin, a new era for all of us to start together.

These artists are all living in New York.

They are out in the middle of the night collecting bits of street trash sparkle to brighten your day. They are using circular rhythms and parallel lines to find a piece of peace while others do dance moves in the street with gold pants and silver balloons. Life in abandoned hotels out in the desert armed with futuristic yet medieval-style prosthetics for enhancing life. The wolfbats have come out of the caves and the spirits are arising. Envisoned revisions of popular culture are reassigning the meanings of what we know reality to be with a faux facsimile. Or a magic carpet ride, several twists of fate, and a bit of dumb luck.

This is the first in a series of exhibitions that focuses specifically on New York artists.
Let’s begin the year by getting to know thy neighbor.