Since the big LOST premiere is tonight for the 5th and final season, we thought we would take this opportunity to introduce you to some of Scott Campbell’s always entertaining work. Fans love his well thought out watercolors because the content often includes clever inside jokes and the fact that his work is so simply addictive. Take a look at this example from one of his most popular series, “Showdowns”, where he references pop culture, frequently from the movie or TV realm, and paints confrontations between different characters and elements that are pretty hilarious and spot on.

If you are “Losties” like us, you’ll be able to figure out each of the showdowns on the images above and after the jump.  Also, for more LOST themed work, check out the show that these paintings are from. 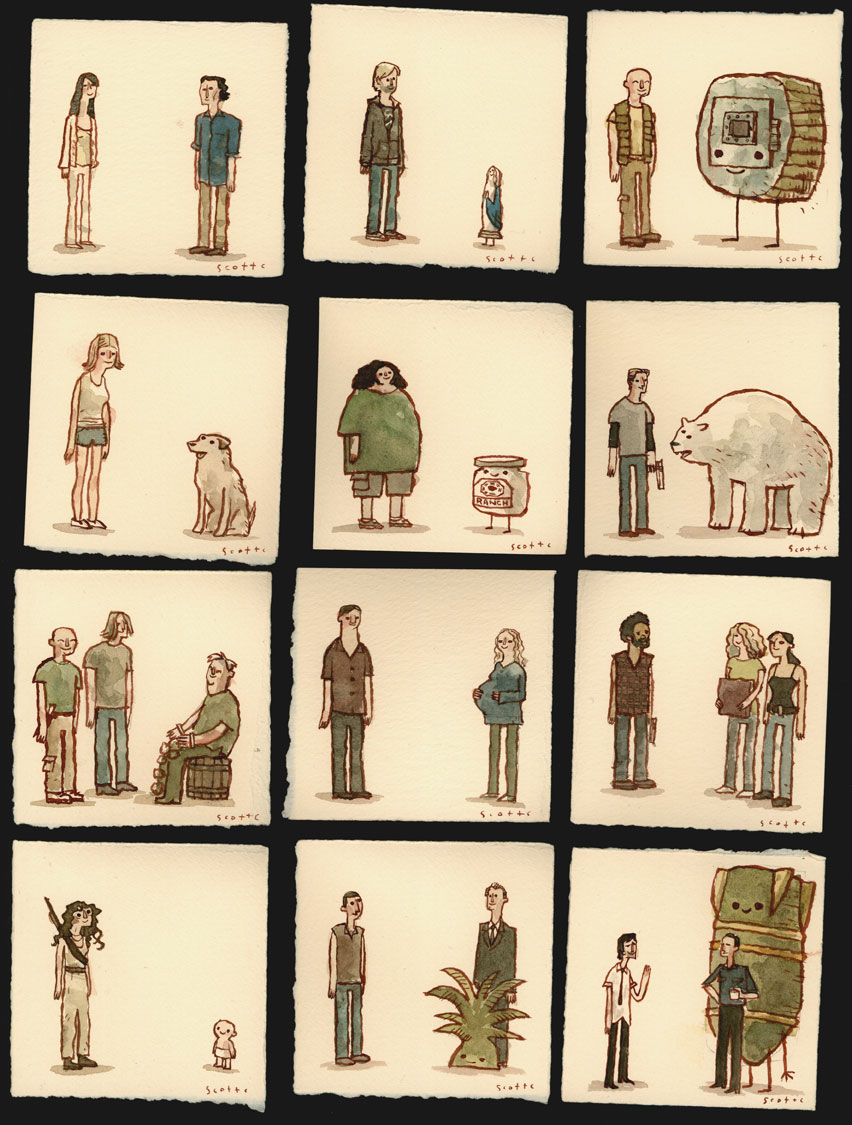