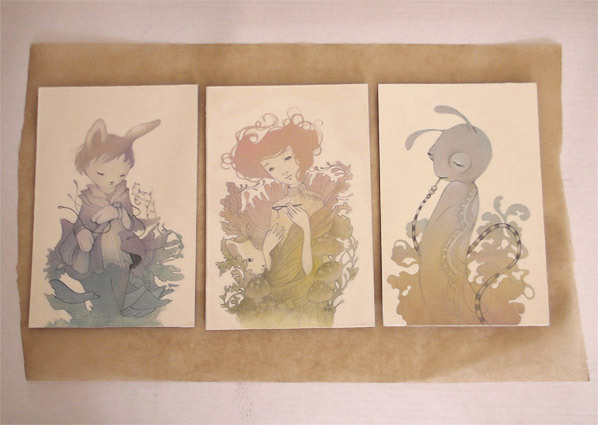 We recently told you about an upcoming show, book release, and signing tour from Camille Rose Garcia surrounding her new illustrated Alice in Wonderland book.  Tomorrow night, another Alice in Wonderland tribute show is opening at Nucleus Gallery entitled “Curious and Curiouser”, a nod to the famous quote from Alice when she began growing taller after eating the cake labeled “Eat me.”

Not only will there be some fantastic art like the pieces seen above from Amy Sol (interviewed) of Alice, the rabbit, and the caterpillar, there will also be never-before seen maquettes, concept art, production and film stills for Tim Burton’s “Alice in Wonderland” movie on display. For those so inclined, there will also be costume contest with many prizes.