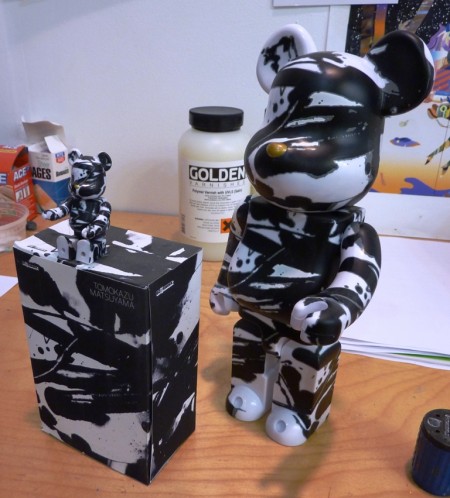 Recently, we stopped by Tomokazu “Matsu” Matsuyama’s (interviewed) Brooklyn studio (here) and saw one of the coolest things he’s working on – a Bearbrick with famed toy makers Medicom on their next artist series release. Their last official design collab was 2 years ago with Kaws. The bearbrick is customized with a special pattern created by Matsu. It will come in a set that has both a 400% and 100% bearbrick.

Like all artist collab bearbricks, these will be hard to find as there will only be 300 made. The special collaboration bearbrick is set to be released the first week of March. Stay tuned as there’s still a little surprise which we will reveal once the powers that be gives us the green light…

Until then, check out some more detailed shots after the jump. 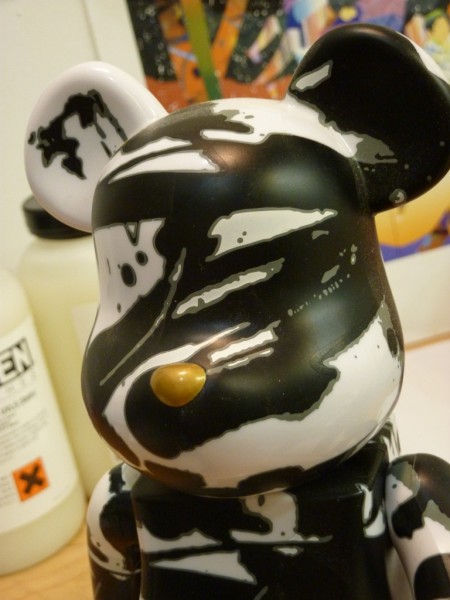