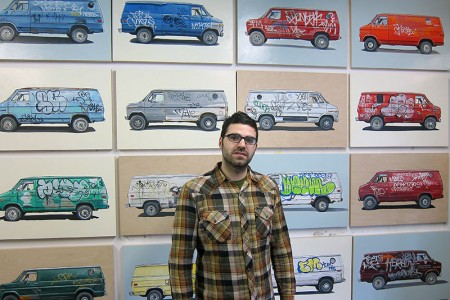 We recently stopped by Kevin Cyr’s Brooklyn studio to check out his latest body of work slated for his two-person show with Jessica Hess entitled “Temporal Spaces,” which was curated by Lainya Magana and opens at San Francisco’s White Walls March 6.

Stepping into the space, we were amazed to see how productive Cyr has been since his last show at NYC’s Raandesk Gallery in January (covered). Covering floor to ceiling of one of his studio’s huge walls was a mosiac of detailed paintings – each wooden tile depicting a solitary delivery van uniquely emblazoned with detailed graffiti recreated from photographs taken from the streets of New York. 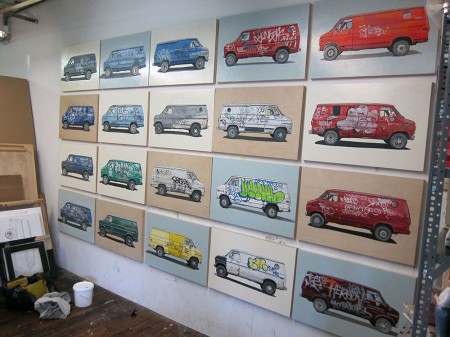 On the opposing wall, Cyr had an amazing three-piece series, documenting the actual progression of one Utz delivery truck as it succumbed to urbanization over time; next to it, was a two-painting series of a van that de-evolved from being heavily tagged to being subsequently repainted. 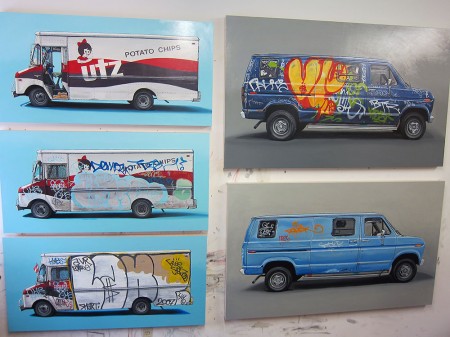 In addition, we were lucky to be able to see Cyr’s 2010 West Prize-winning “Camper Kart” before it was shipped off to join that prestigious collection. 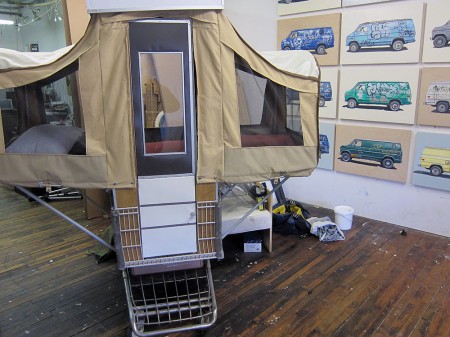