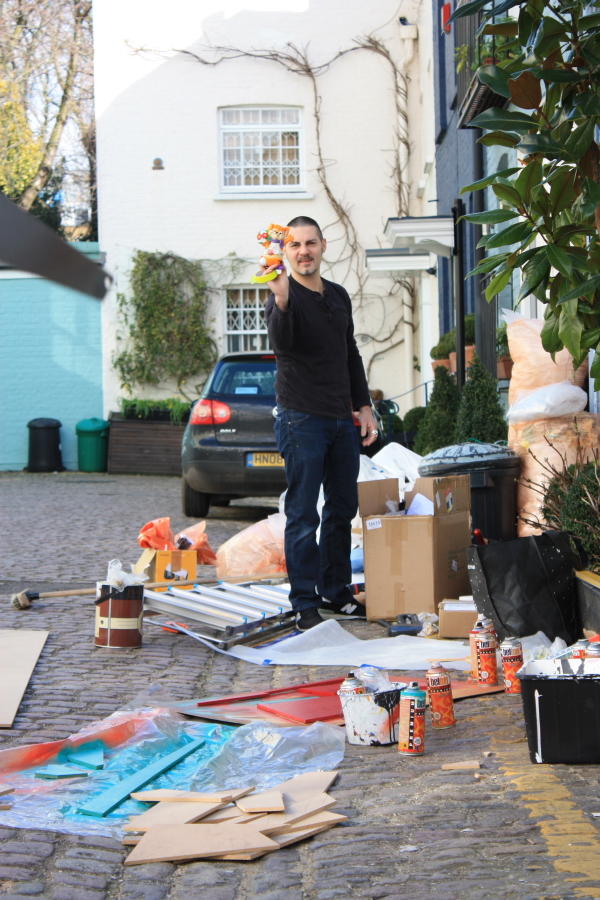 AM took a trip to the exclusive side of town last week to see what the Agents of Change had in store for their latest venture – Ghost Mews Project / 10. We checked out the collective – Derm, Juice 126, LX One, Remi/Rough, Steve More, System and Timid (Stormie was in Australia for a solo show) – putting the finishing touches to the installation of their first collaborative London show.

The Mews 42 gallery is situated at the end of a classy mews street in one of London’s most select areas, South Kensington. Not the side of town you would expect to see a collective of underground and street artists admittedly, but the gallery transformation looked great, knitted together using the theme of 10 (for example, one of Derm’s pieces depicted the global position of the moon at the time of the show opening and one of System’s pieces was based on the traditional Chinese astrological 10 heavenly stems), and Remi’s bold abstract geometric slashes forming the basis of the on-wall decoration – spilling out onto the floor with 3d wood pieces and even onto the front doorstep.

This was the first flurry of activity from the AoC since they transformed an abandoned, never populated, Scottish village built for oil workers in the 1970’s into a living art gallery in their Ghost Village Project. With these last 2 exciting projects under their belt, we look forward to what the AoC will come up with next.

The show runs until May 4th, so there is plenty of time to check it out in person if you are in London, in the meantime, check out some of our pictures of the installation after the jump. 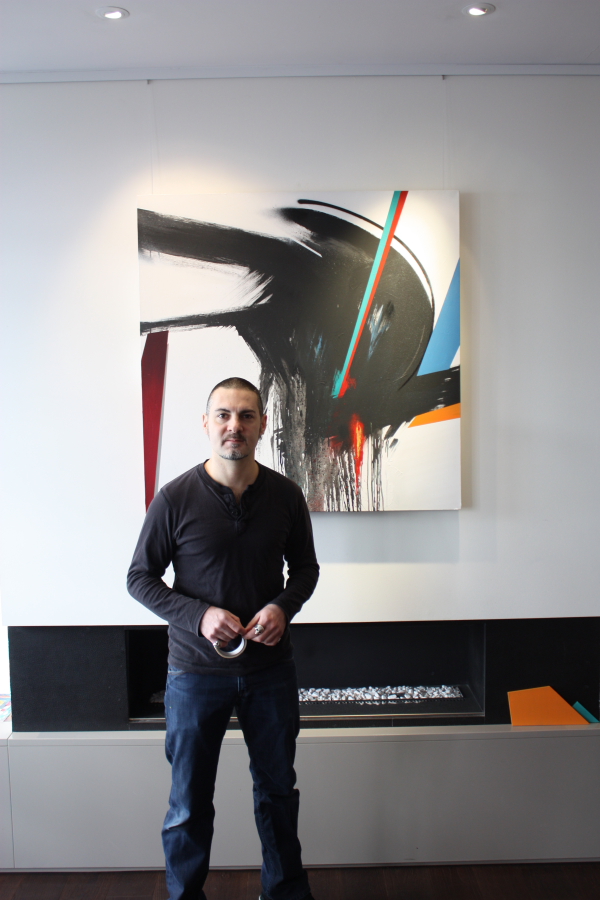 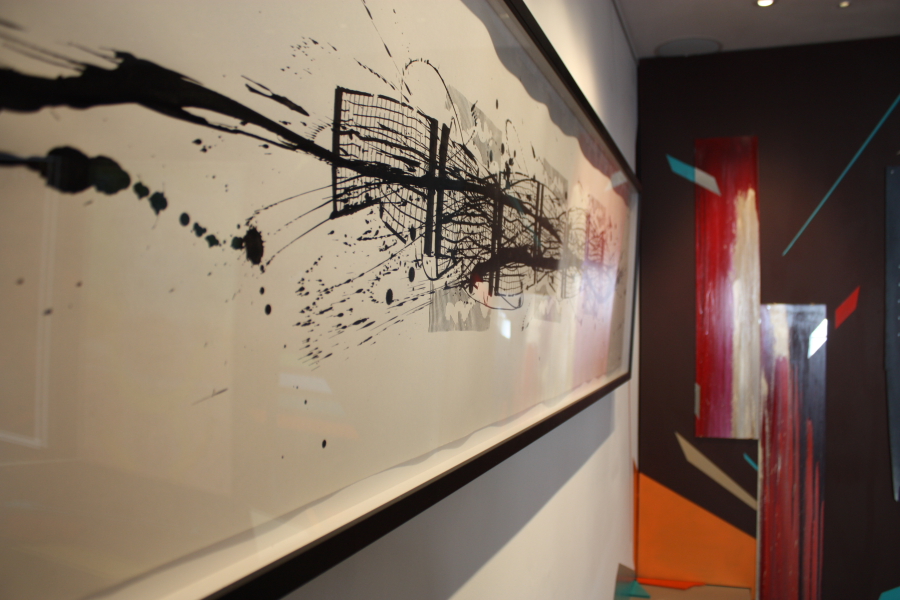 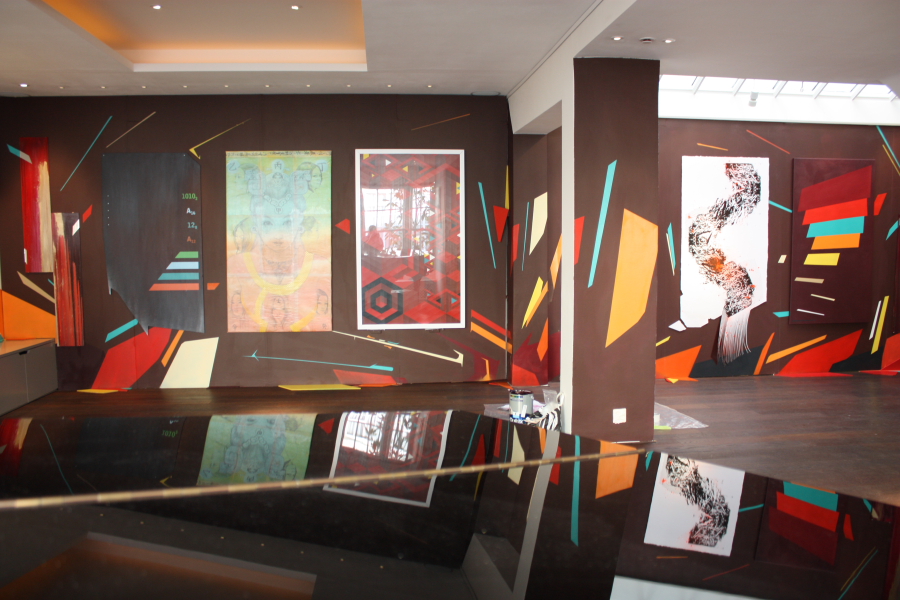 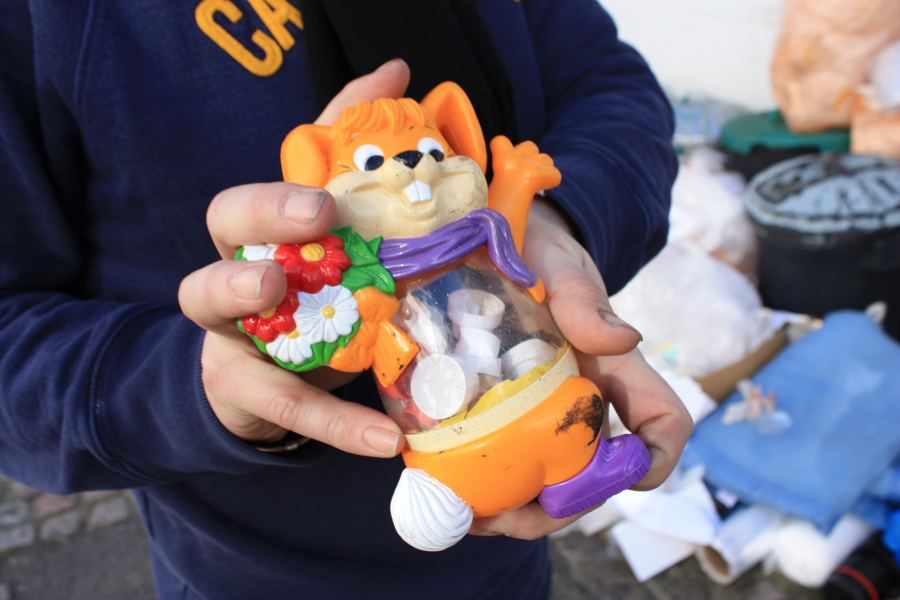 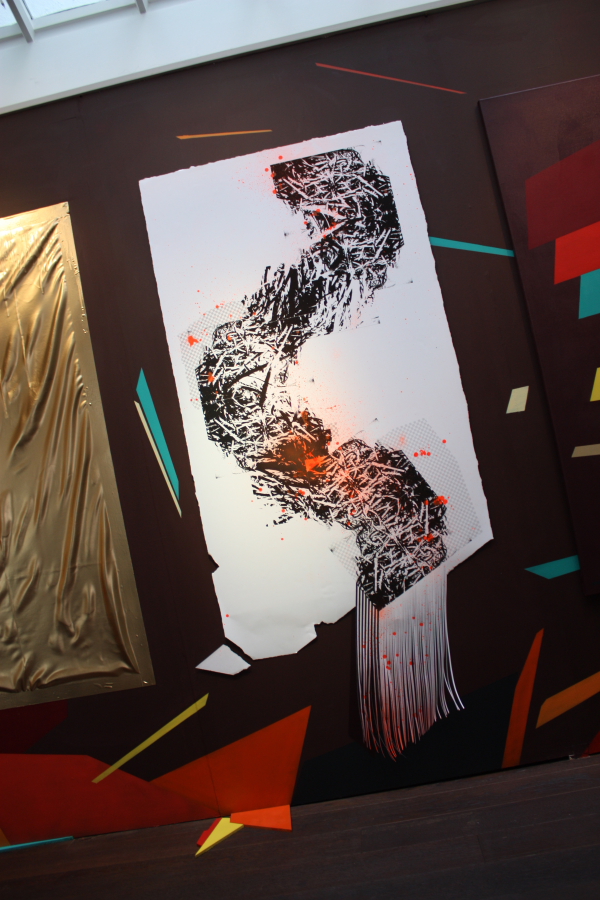 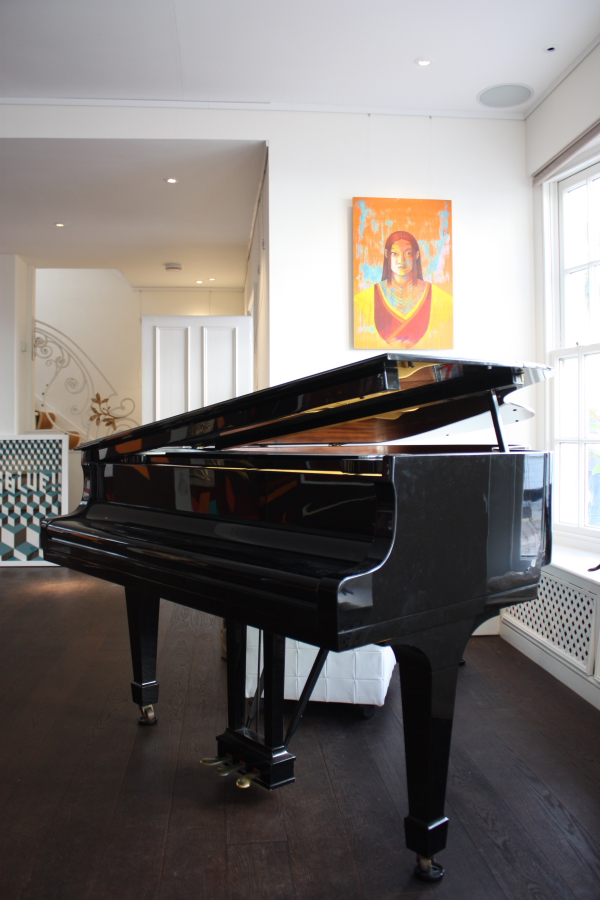 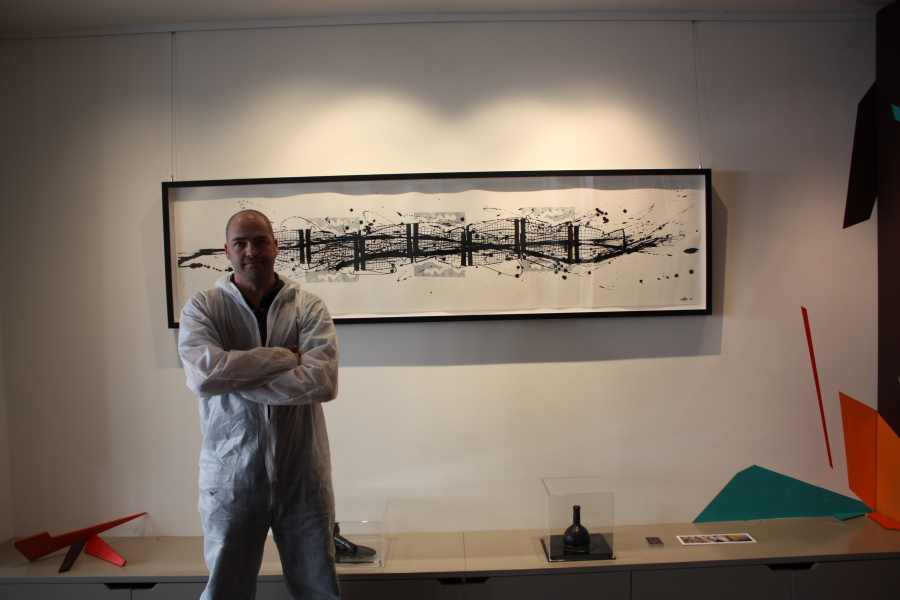 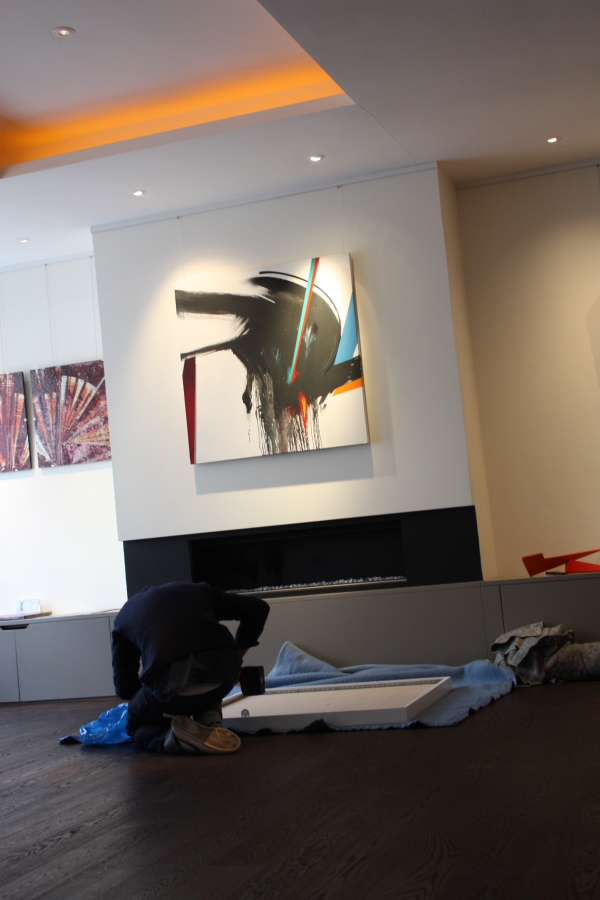 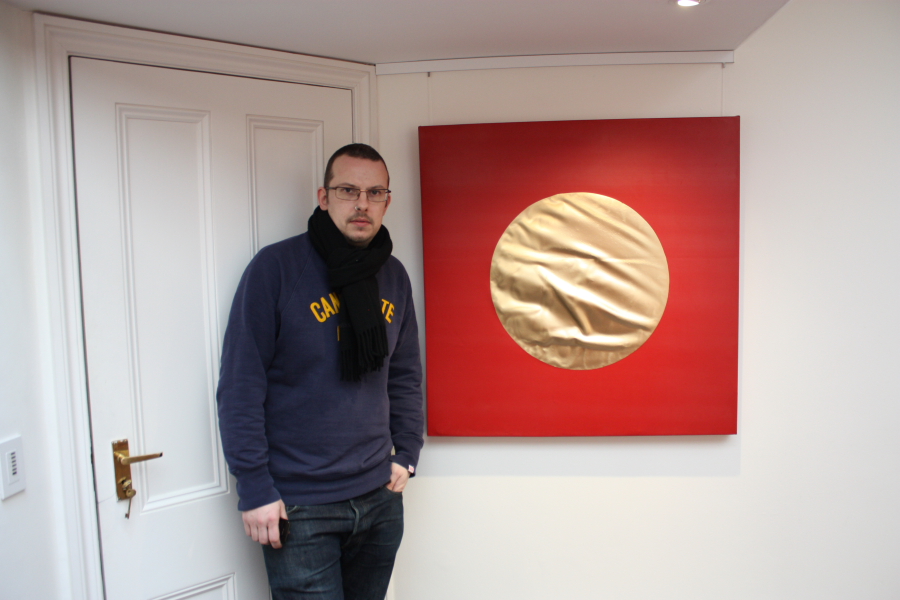 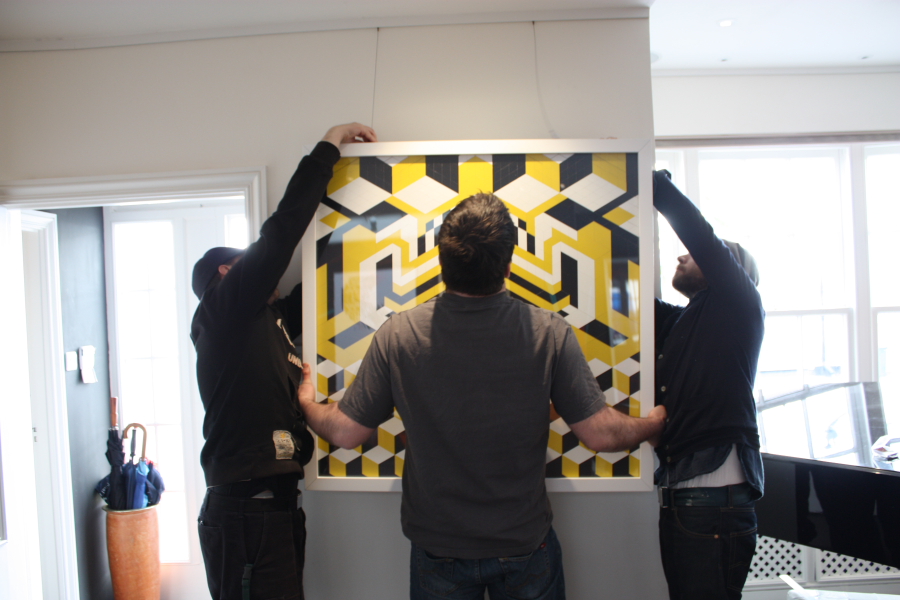 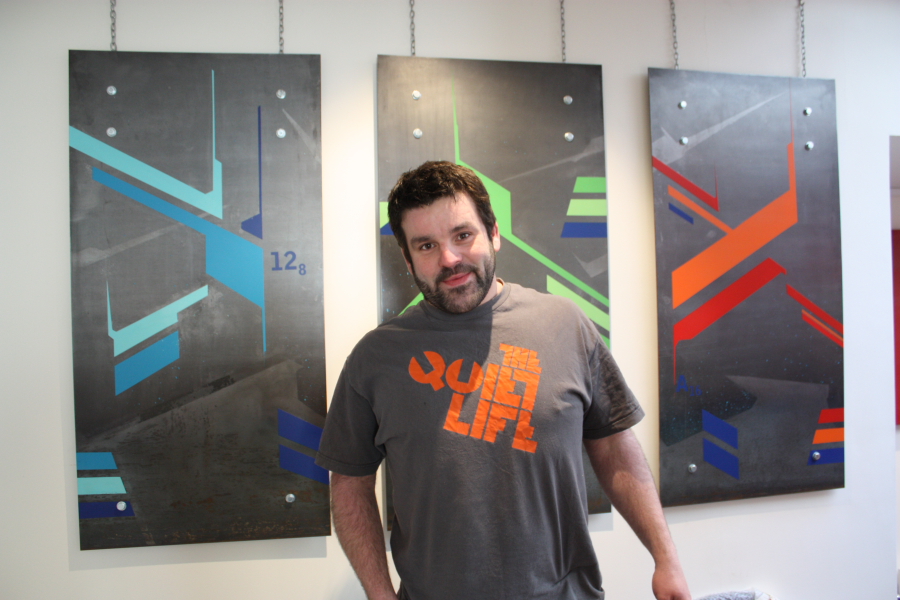 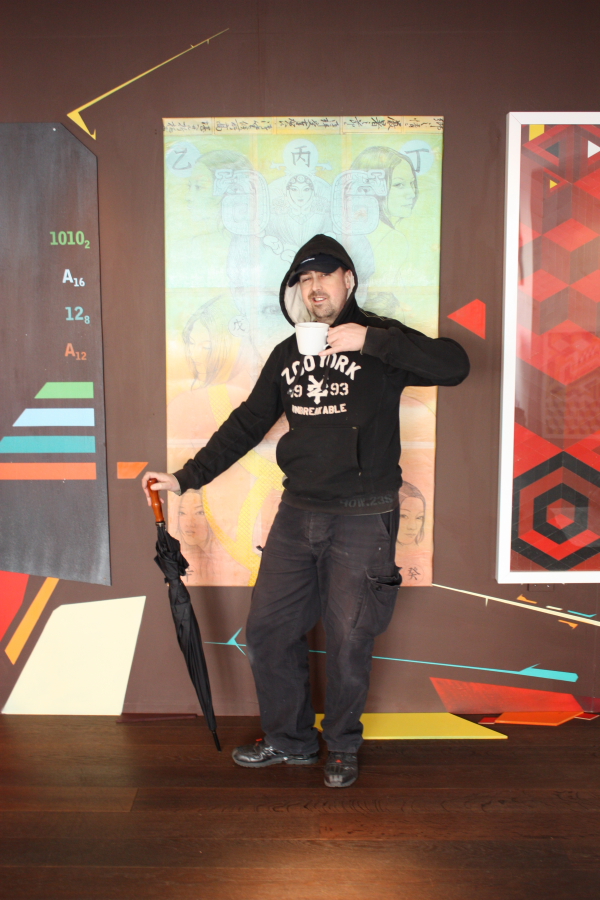 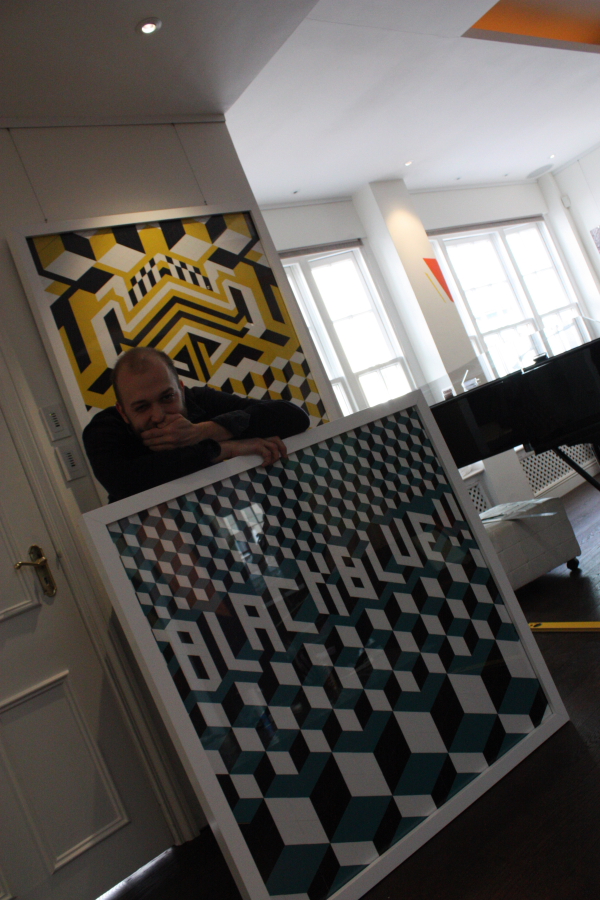 For the full set of pictures, go here.