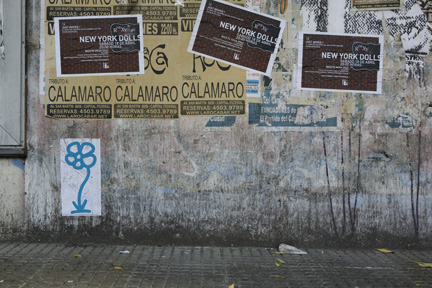 Street artists don’t get much more iconic than Michael De Feo, also known as “The Flower Guy”, whose street paintings and paste ups are enjoyed the world over. De Feo has shown in galleries around the globe too, but it is his familiar flower image that he is best known and loved for – especially in his native New York.

This Thursday, March 18th, Michael has been invited to give a chronological lecture on his street art at the University of Pennsylvania for the school of design. The lecture is open to the public and will no doubt be an entertaining way to catch some of The Flower Guy’s anecdotes from the last 16 years since he painted his first flower mural in New York.

Full details after the jump…