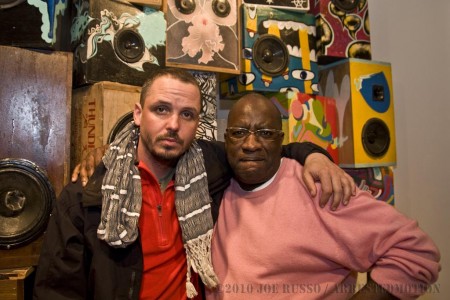 The beautiful weather and the promise of great art seemingly brought out all the five boroughs Thursday night for the opening of the Barnstormers show at Joshua Liner Gallery. The exhibition – which was so large that it overflowed Liner’s third floor space into an entire other gallery on the floor below – leaned toward presenting individual works from the diverse group of artists, instead of toward collaborative installations as expected. Of course, pieces by stars of the original scene such as David Ellis, Swoon, Rostarr, Doze Green and José Parlá drew the packed crowd’s attention, but exciting works by lesser known artists, such as Japanese graffiti-abstract minimalist MADSAKI, or those newly added to the collective, such as Tibetan contemporary painter Pema Rinzin, also stood out.

The additional gallery on the second floor had more of the larger and installation works, with newcomer Dennis McNett’s amazing printed paper maché sculpture of the grim reaper dominating the space. Overall, the exhibition showed that the Barnstormers – although proud of their past accomplishments – never cease to evolve and expand to take their creativity and energy to the next level. 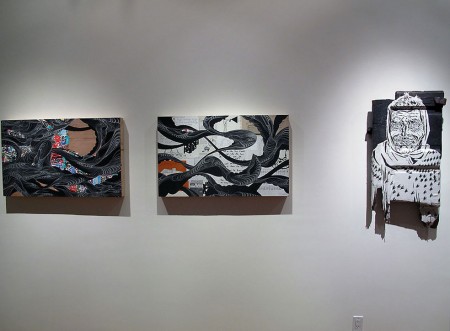 works by Ellis and Swoon 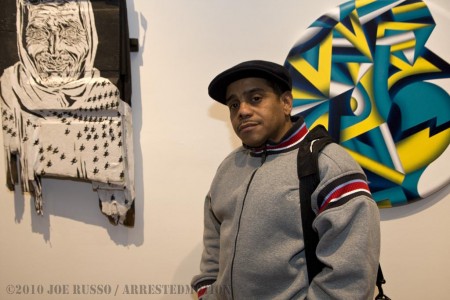 X-men's Tatu with works by Swoon and Rostarr 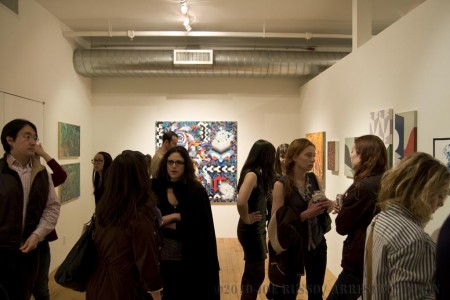 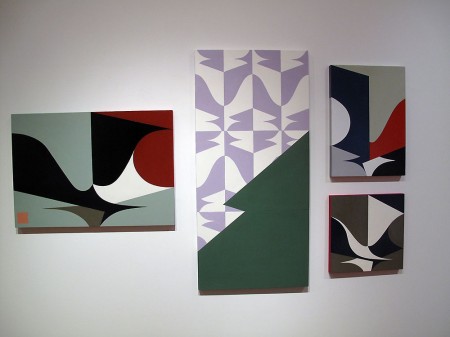 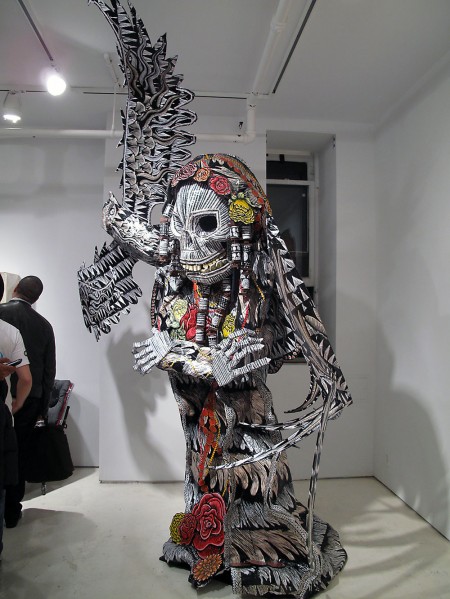 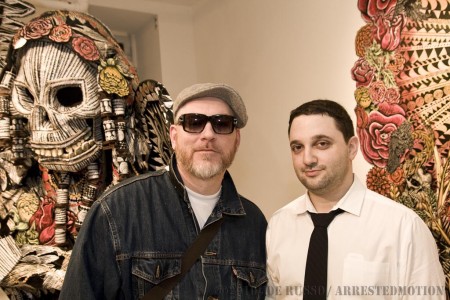 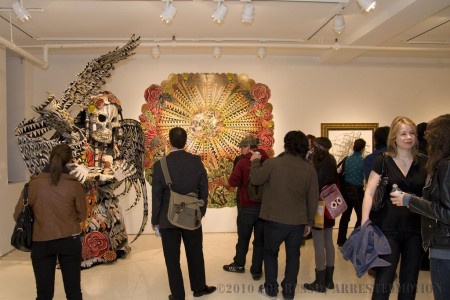 X-men’s Tatu with works by Swoon and Rostarr