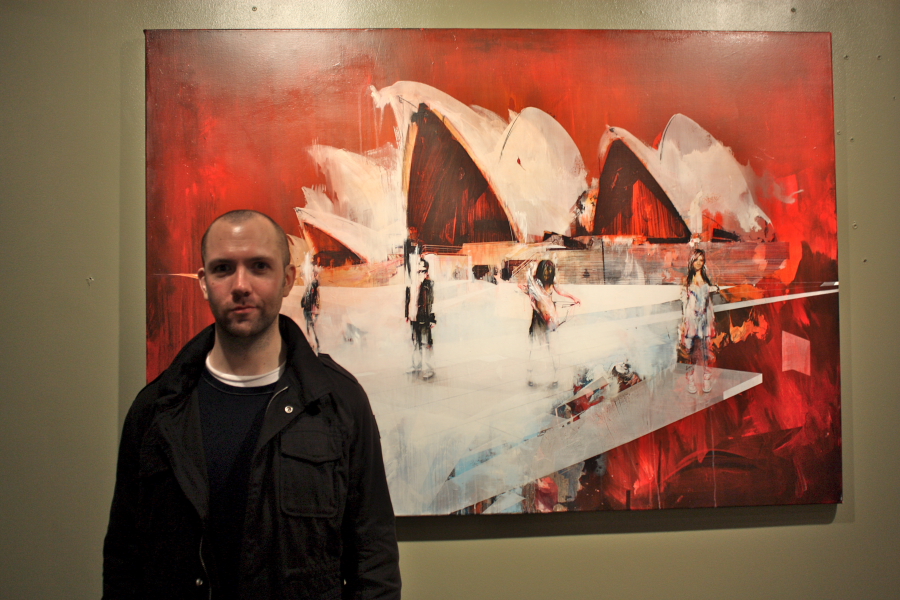 Our most anticipated show of the year thus far opened in London this week at Lazarides and we had to make the trip down to see Ian Francis’ (featured) “Exodus”. We teased you a few images last week, but now we can bring you some shots from the opening of the paintings and charcoal pieces the show comprised of.

The show is surprisingly Ian’s first London solo show, and it signals his departure from the UK to pastures new in the United States – hence the Exodus title.

Read on for our pictures from the opening after the jump. 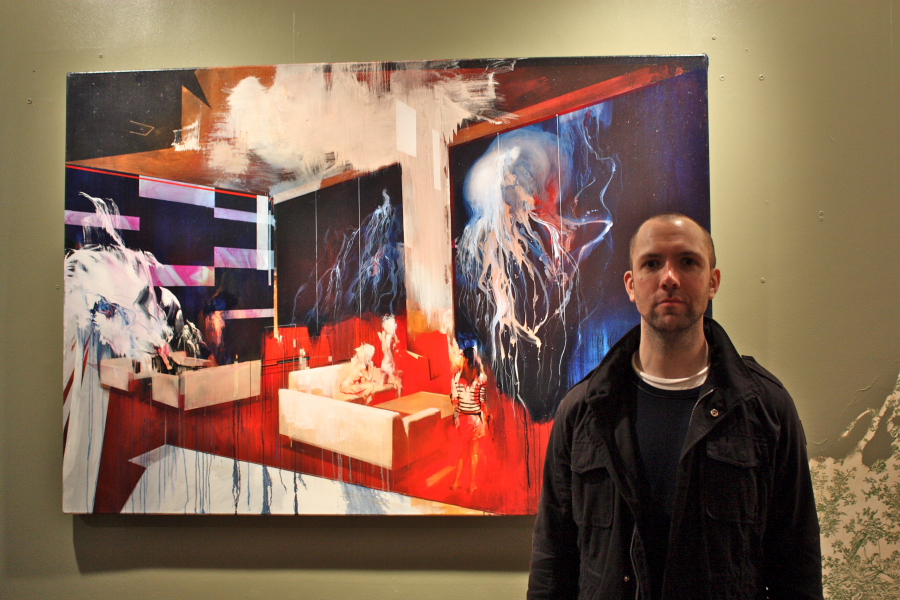 The colour palette used within the body of work uses an overwhelming mixture of reds, blues, and black, and the resultant effect of the combination of oil paint and leveling gel is nothing short of mesmerizing, creating an almost perfectly level medium on the surface of the canvas. Francis achieves an exquisite level of luminosity within his paintings and you view the pieces with the feeling that you can almost dive into the canvas such are the multi-dimensional qualities of the work. 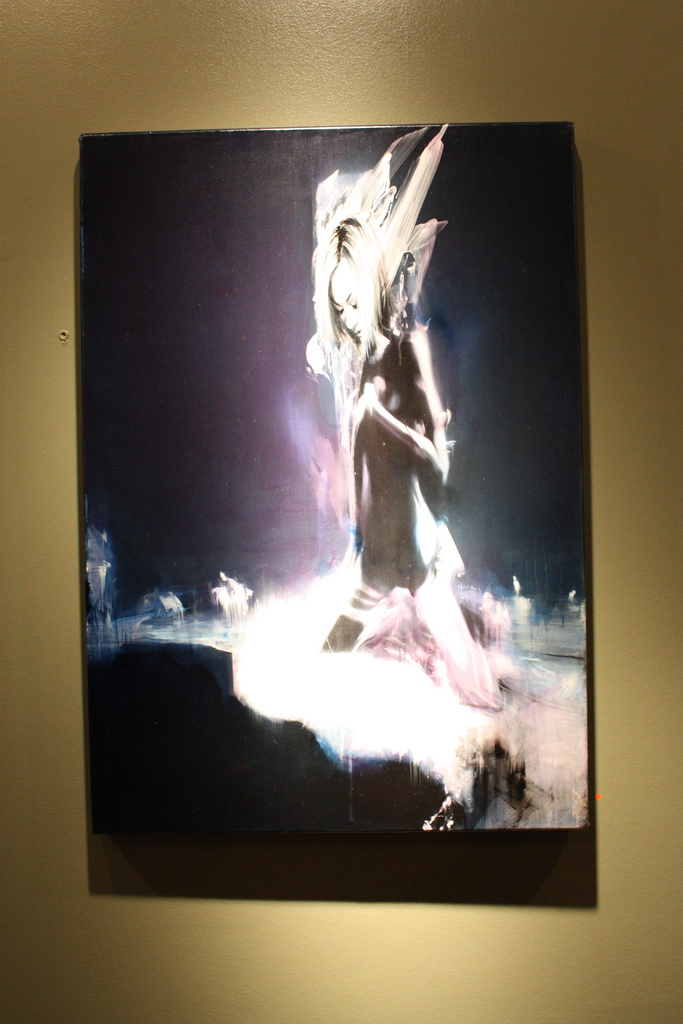 The show prominently features Ian’s most familiar urban landscape based works placing his beautifully rendered, and almost photo realistic, characters into abstract settings. His command of the architectural language used in his compositions is stunning when combined with the human figures, which incidentally are all represented at the same scale throughout this series of paintings. 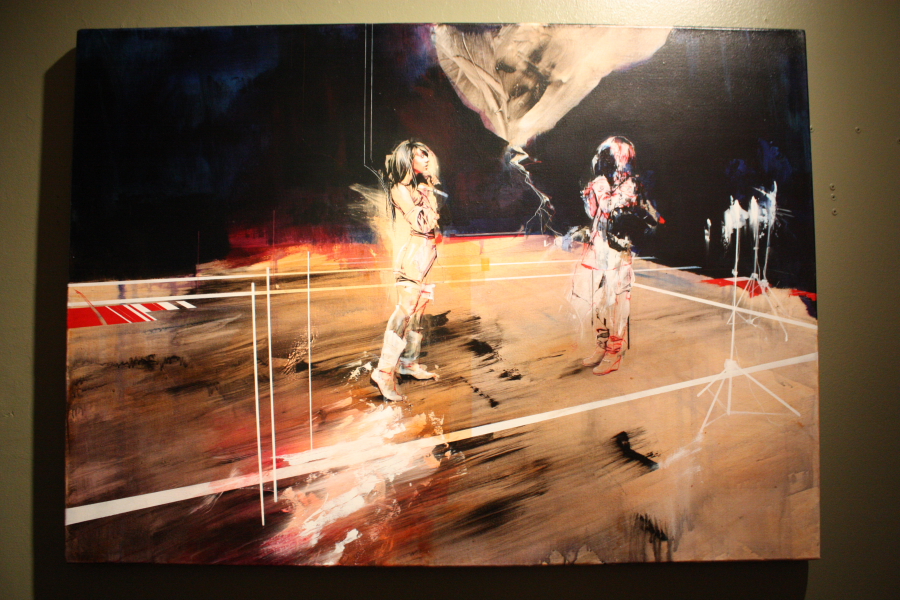 The titles of the pieces show are as descriptive and amusing as ever, and project a huge amount of self-confidence in the artists work: ‘A building looses it’s connection with the ground’, ‘A new journalist’s first interview fails to get to the point and ends horrifically’ and ‘A jellyfish appears at the window of a hotel bar’ were some of the stand-outs for us. 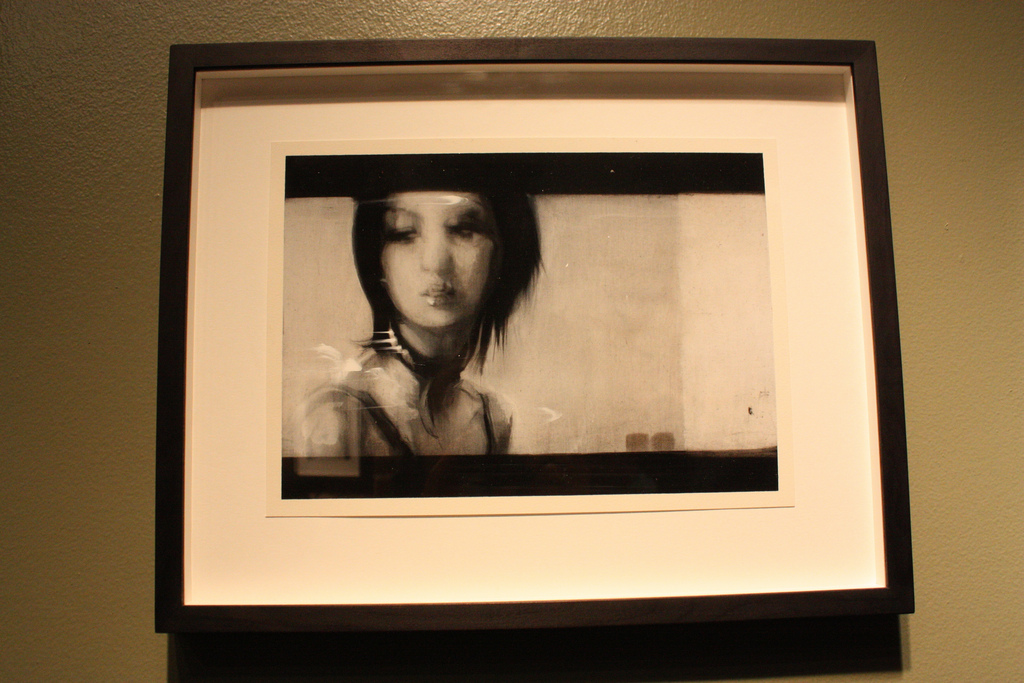 Joining the landscapes are a series of oil portraits and charcoal and ink pieces, presented and framed almost as a series of photographs. A departure from Francis’ gallery output, these pieces provided a perfect foil to the landscape based work. This show has been a long time in the making, and you can see some of the works in progress from our studio visit with Ian almost a year ago here.