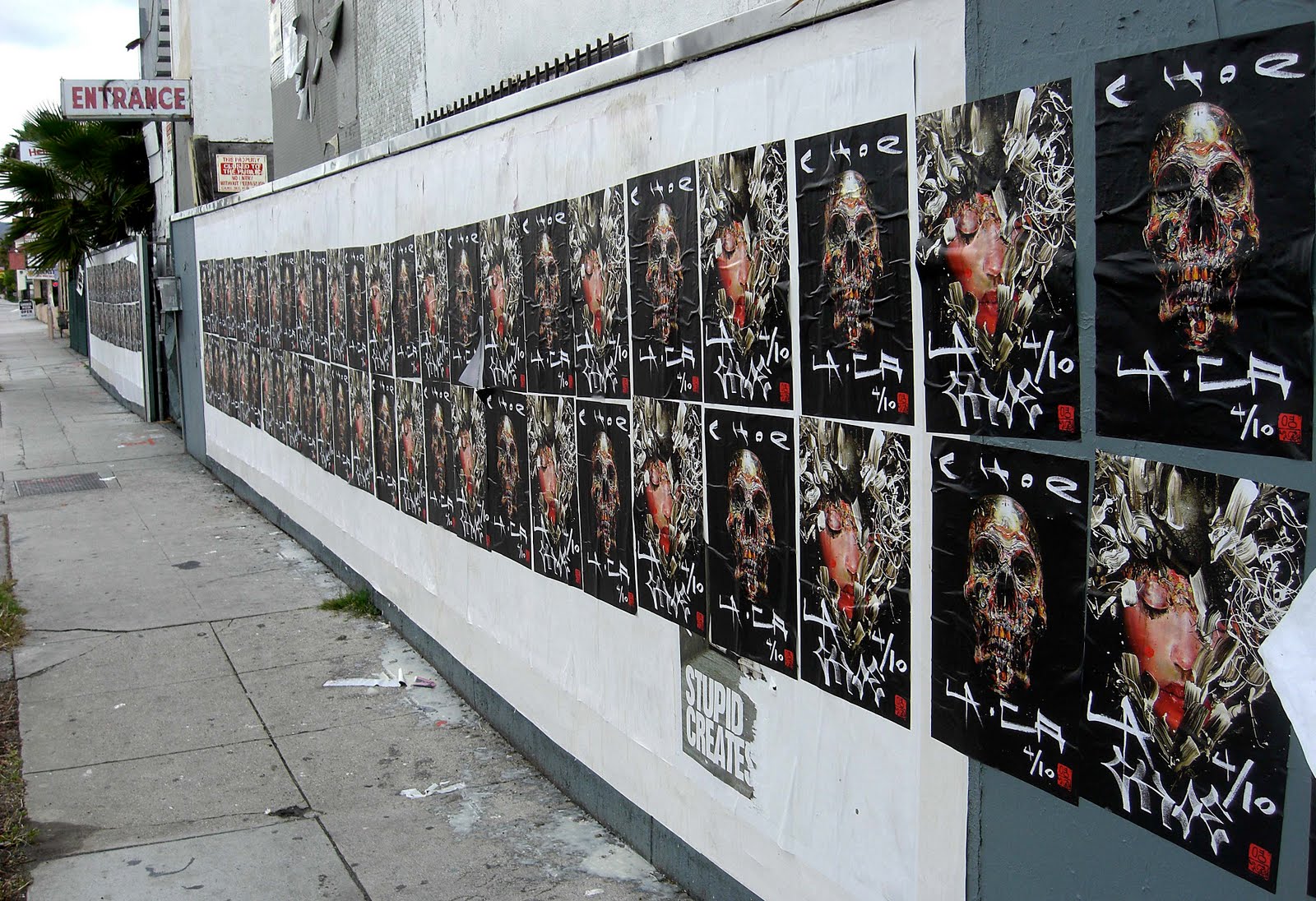 Looks like David Choe (featured) has been plastering the streets of Los Angeles in preparation for his solo show (teased) in the City of Angels at the end of April. “Nothing to Declare” will be put on by Lazarides in Beverly Hills in a special space and rumors are Choe’s show won’t be the only show hosted in that location before all is said and done.

The AM crew will definitely be out in force for this one so look for more coverage to follow.  For now, check out more images from the streets of LA after the jump…