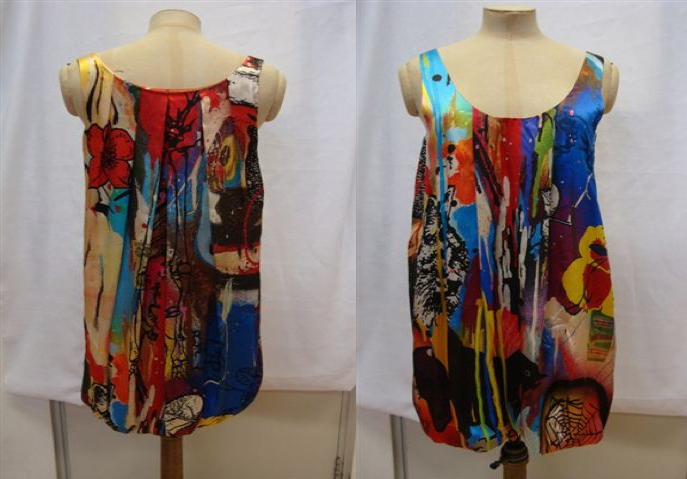 The worlds of art and fashion design often collide, and it seems that Dan Baldwin’s (interviewed) multi-layered textures are soon to make it onto the clothing racks of London’s well-heeled fashionistas. Dan is no stranger to working in different mediums, and we think that his art fits pretty well on these silk linings and fabrics used in collaboration with British fashion designer Sara Berman on her upcoming 2010 autumn collection.

Speaking of Baldwin’s artistic collaborations, Dan and Hush (interviewed) just released two super-limited edition prints from the recent collaboration paintings shown at Zero Cool Gallery (see our dual interview here) where the two artists started off making art pieces individually and mailed them to each other for completion. The results are “ha ha ha stupid creatures” and “paranoid city blues” – silkscreen and giclee on hand torn paper with varnishes & gold and silver leaf. Each print measures a pretty large 80cm x 80cm, is signed by both artists and released in an edition of 25. You can pre-order now via Zero Cool.

Read on for further images of both projects after the jump. 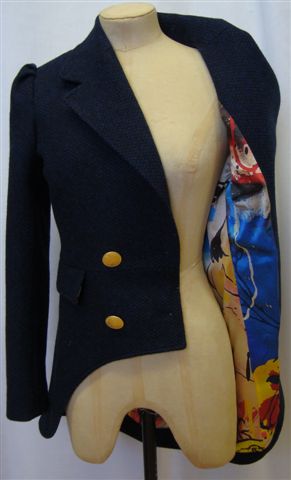 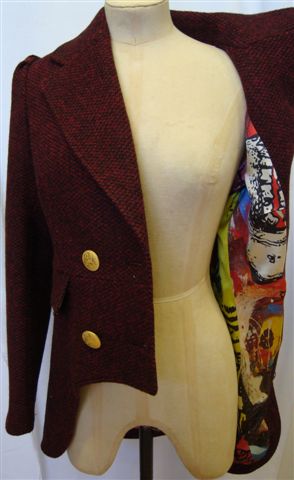 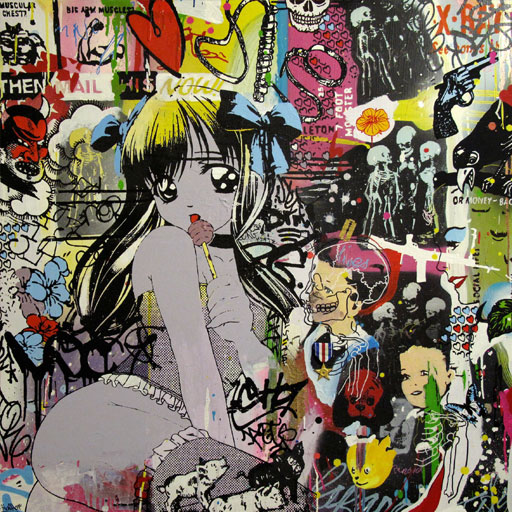 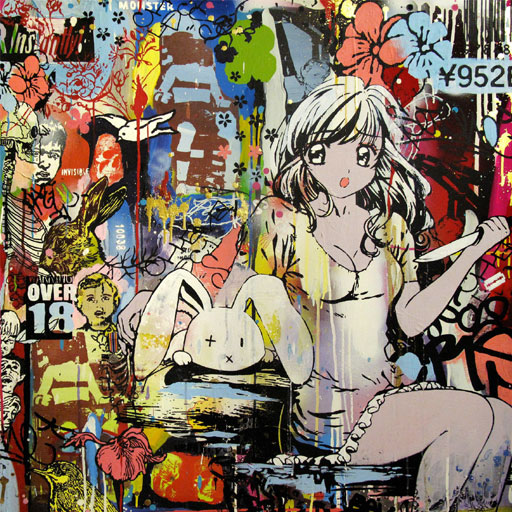