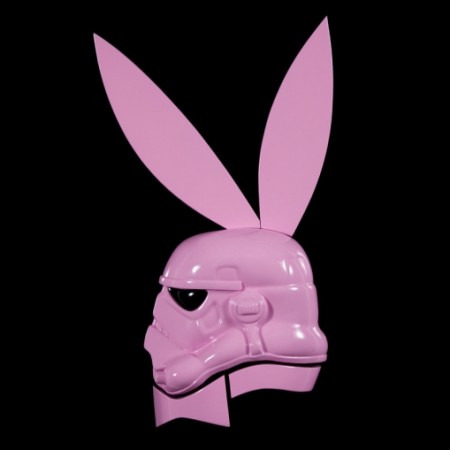 Fine art and Hollywood intersect in many different ways. Of course, there’s the inseparable connection between celebrity actors and their collecting habits. With respect to the artists themselves, that crossover occurs more often than not with trained artists lending their talents to the design of ad campaigns for films. Rarely, does it go the other way, with someone from the film industry trying their hand at the art world. Jason Alper seeks to realize that crossroads in striking fashion with his first gallery exhibit ever (let alone first solo), entitled It’s All Back On.

More info and images after the jump… 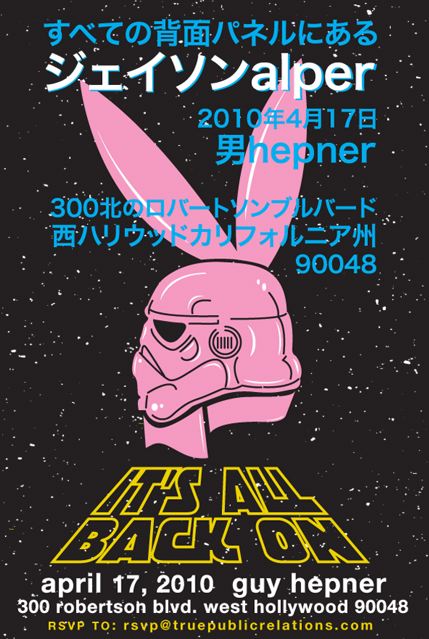 For the past decade, Alper, a self-scribed “cockney boy” with roots in East London, has forged his way onto the backlots of studio sets as a costume designer. More pointedly, he was integral in helping his friend and comedic cohort, Sacha Baron Cohen, create the hugely popular – and polarizing – alter-egos of Ali G, Borat and Bruno for the big screen. Now, in an effort to retrain his focus in a different theater, Alper will be bringing the same wit and inventiveness which proved highly successful behind the scenes in Hollywood instead to the walls of a gallery in Hollywood. 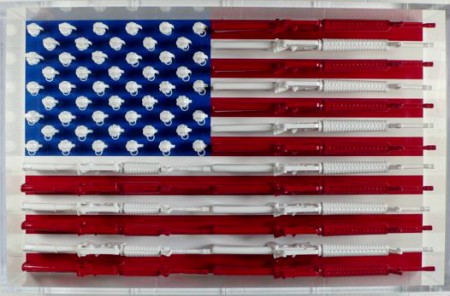 With a strong sense of satire at it’s core, the body of work varies as much in content as it does in mediums. Mr. Pink taps into the collective consciousness by fusing together two of the most iconic pieces of pop culture imagery and softening them a bit with a little color alteration. My America also serves as an example of Alper’s affinity for mixed media, where he reinterprets the flag in a sinister slant with various symbols of war. And serving as a display of the artist’s proficiency with the brush, What Would Jesus Wear?, along with a handful of other oil paintings in the exhibit reworking classic works of art, remixes a well known piece by Caravaggio with a contemporary – and couture – twist. 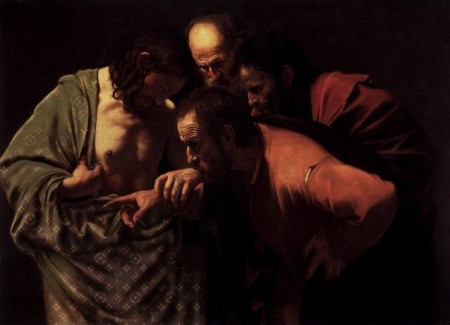 From the preview images alone, the 20 work exhibit appears to be reasonably strong on paper, combining a surprisingly unique vision with formidable technical skill. While only time will tell if this will serve as the first of many for Alper, the unknown artist has done his best to change that newcomer status by coming out with guns blazing. Whether this introduction will be memorable enough or not, the work is certainly compelling enough to justify a viewing in person for those native to the So Cal region. 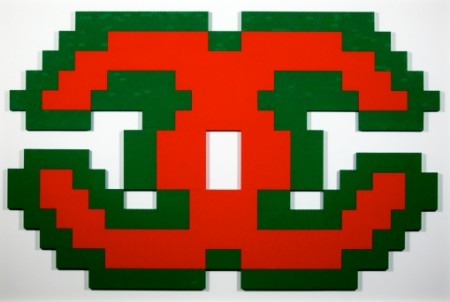