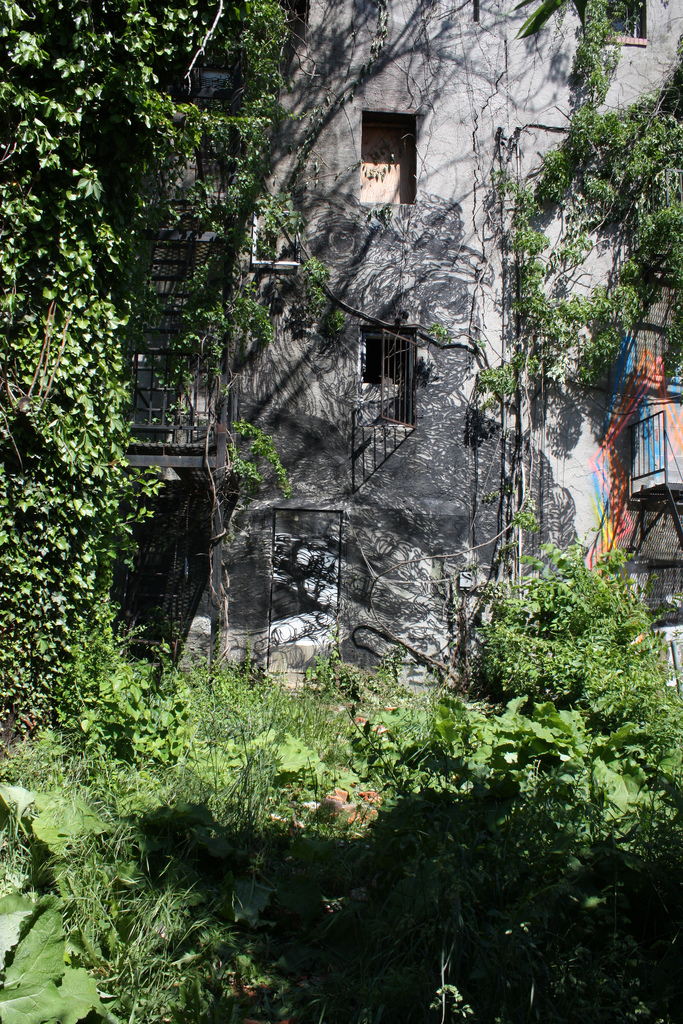 Haven’t heard from Gaia in while ever since hanging out a little at Art Basel Miami last year, but it looks like he’s participating in two shows in the next couple weeks. First up is a solo at Gallery Heist opening tomorrow night in SF (of which there are some preview pics after the jump). Then, on May 23rd, he’ll be part of the Axis Alley Project in Baltimore for which he put up this sick mural of his “Deny Him Three Times” image – it blends in so well with the surroundings.