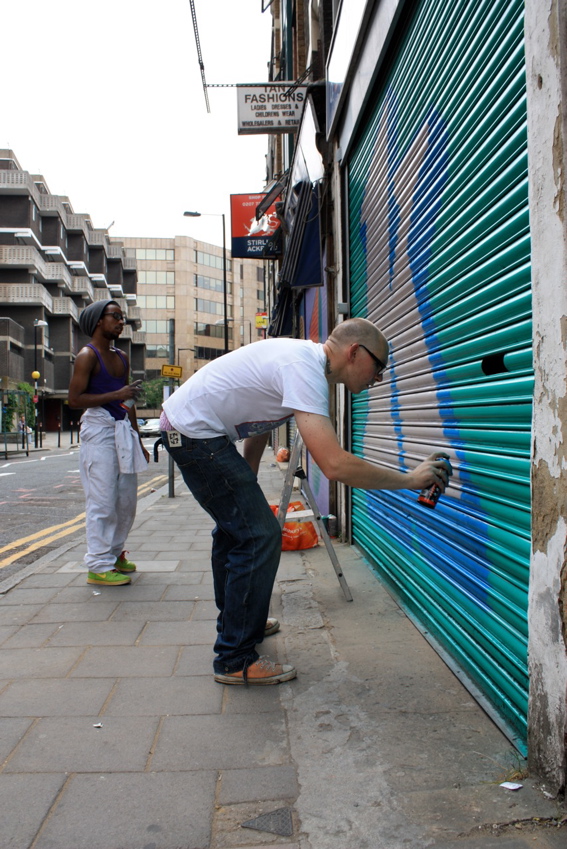 We all know that Ben Eine’s alphabet shutters can brighten up any street right? Well, we were surprised that before now, Ben had never actually painted a full alphabet down one street, so AM went along to see how Middlesex Street in London, was getting turned into Alphabet Street.

A new gallery in town, Electric Blue, had liaised with the local proprietors and shop owners and agreed that the shutters could be painted by Eine all along this largely ‘unpainted’ area sandwiched between Liverpool St station and Petticoat Lane. It really is shutter-heaven for an artist like Ben who freehands his individual letters on each of the security shutters. Only one shop owner refused a new paint job, the rest seemed really positive about the beautification to the previously drab street. Conveniently, Electric Blue got an ‘e’, and Flying Burrito got an ‘f’, and other shop keepers got to talk colour schemes with Eine as he worked his way down the street.

When we left, the alphabet was up to the letter ‘r’, and going lower case all the way. We look forward to seeing the finished street in all it’s glory, and knowing how fast Ben works outdoors, it shouldn’t take too long. Read on for more pictures after the jump. 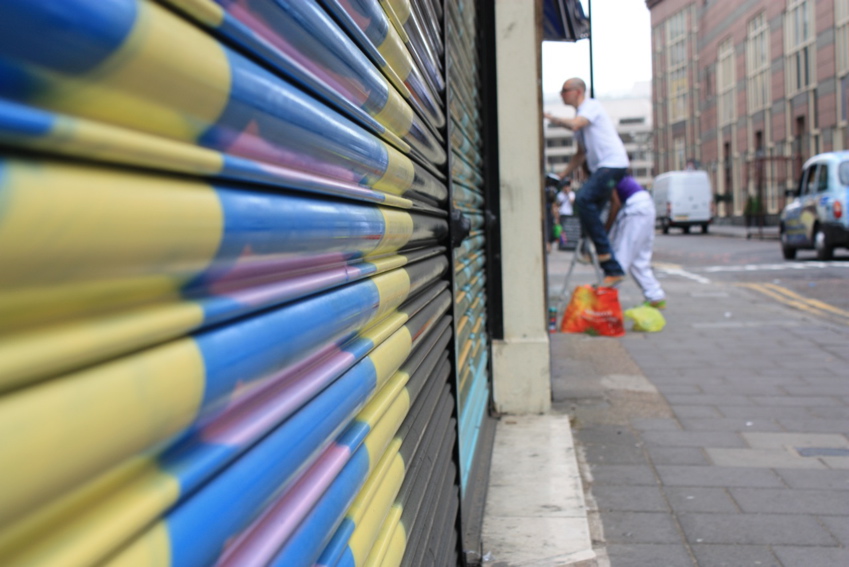 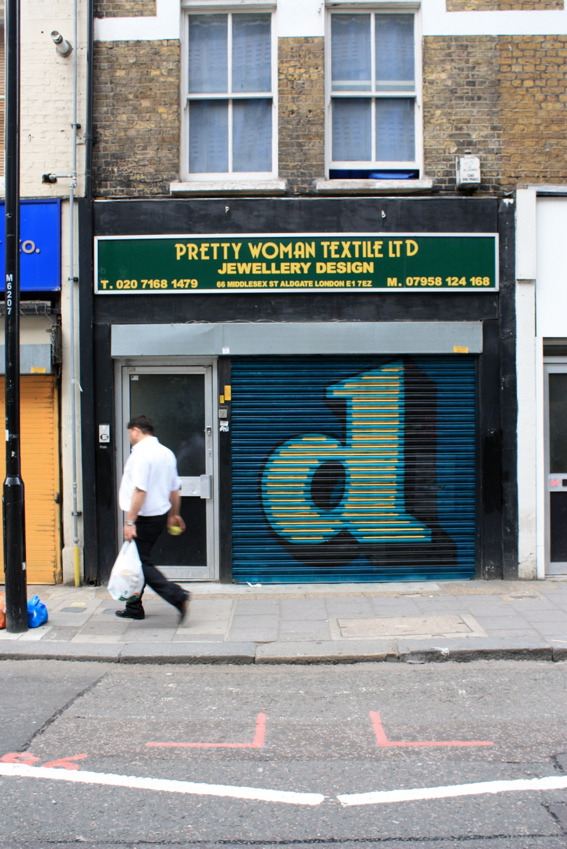 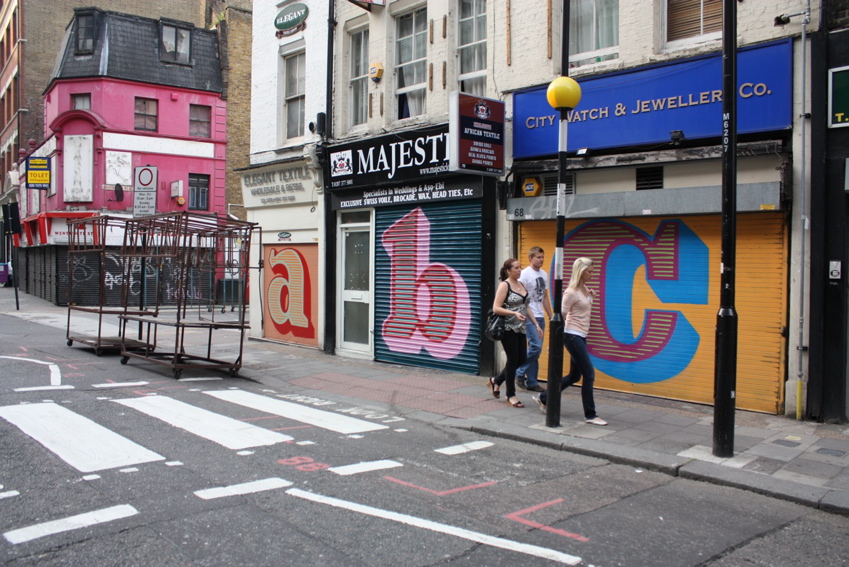 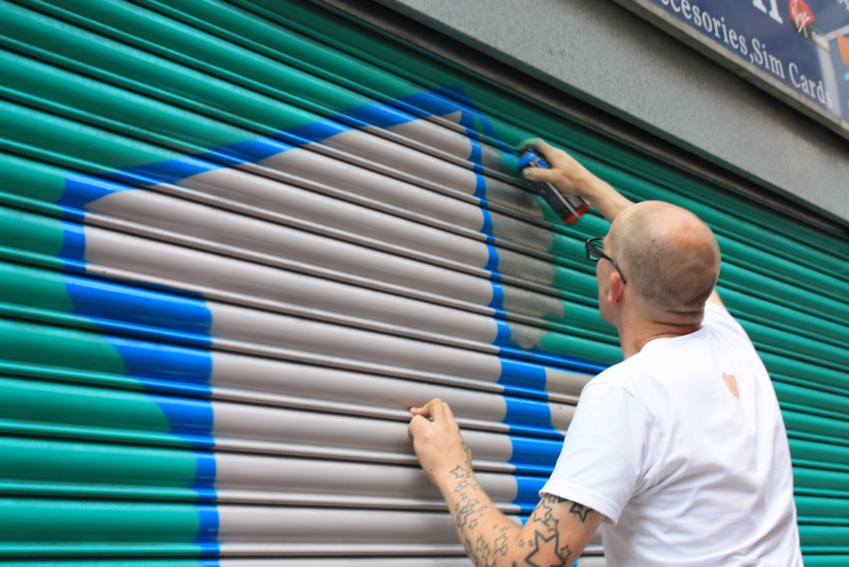 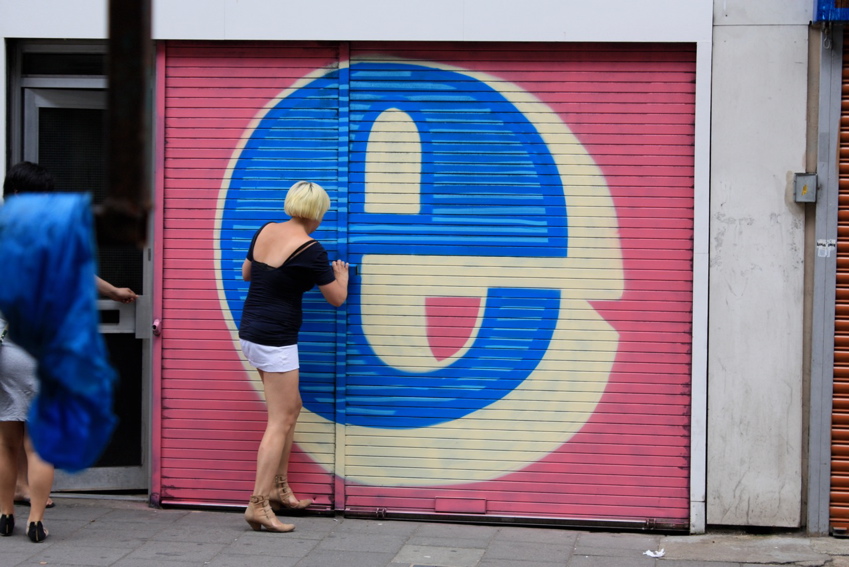 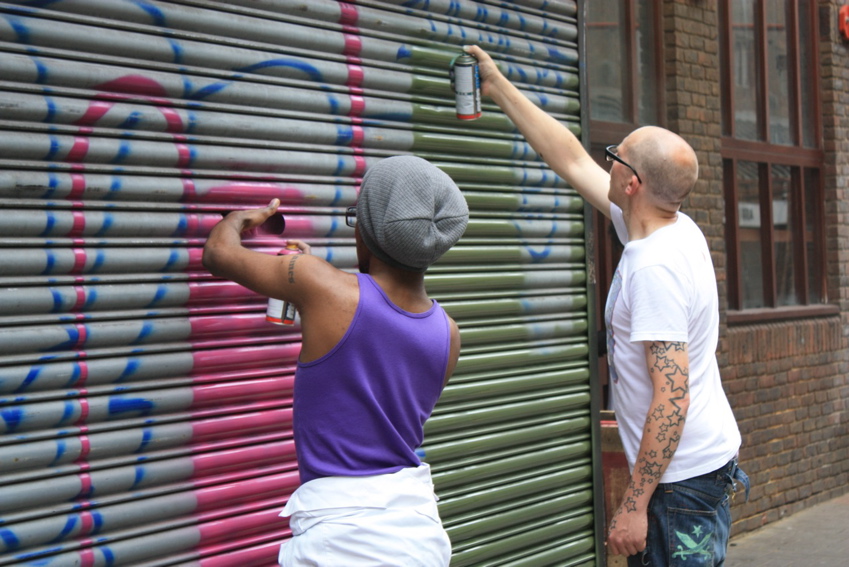 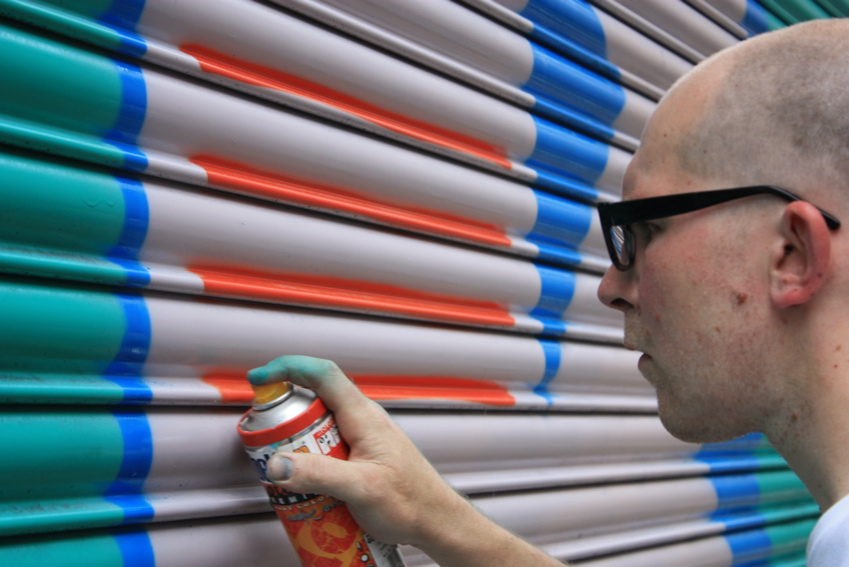 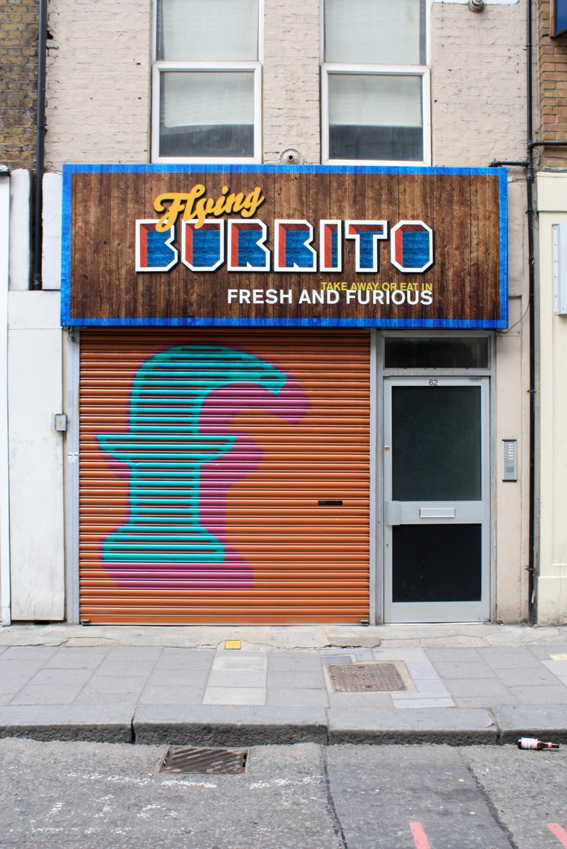 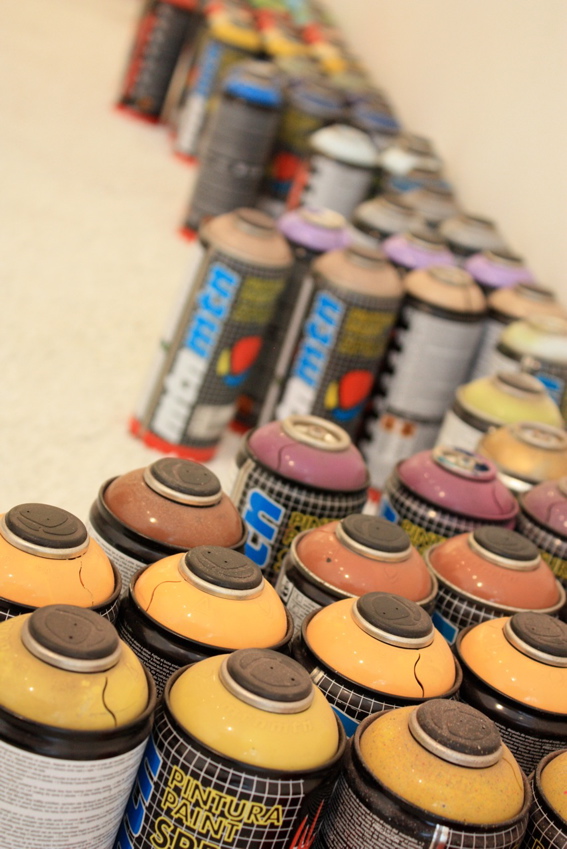 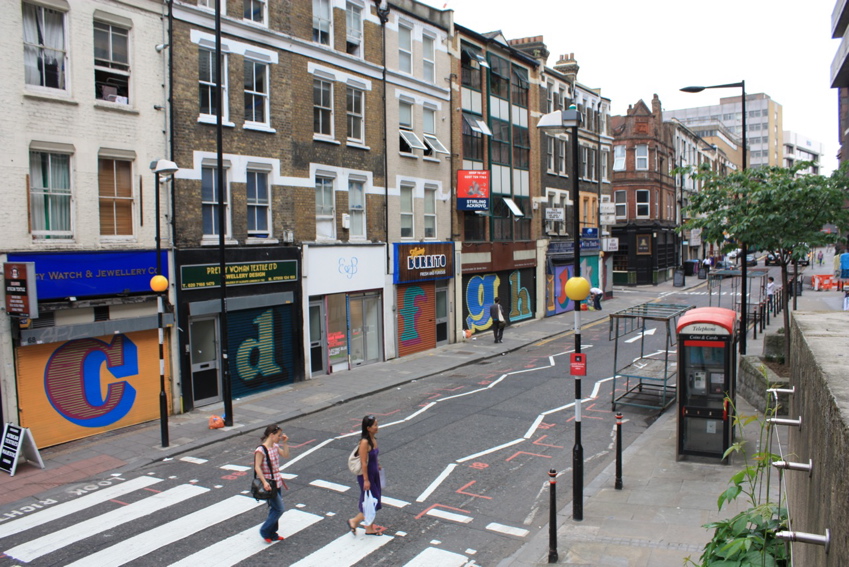 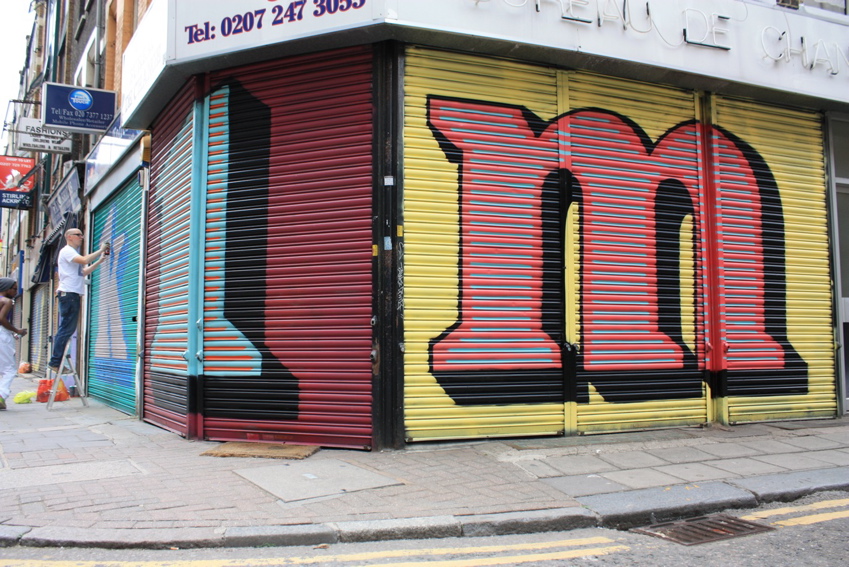