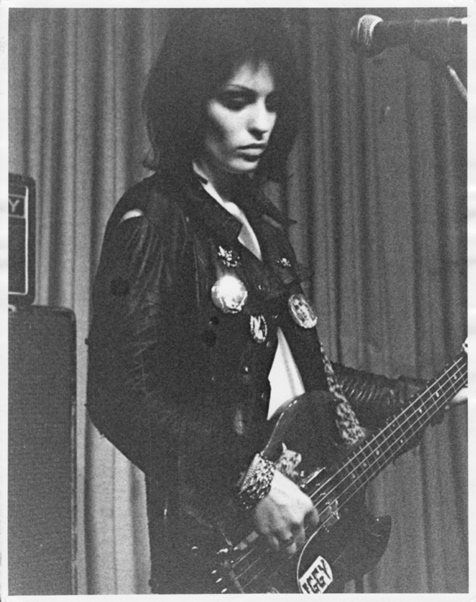 Two of our cultural loves come together this week in an artistic punk rock mash-up. “Beyond Punk” is a group art exhibition curated by femme punk icon Gaye Advert, the former bass guitarist of The Adverts. The show features a selection of musicians from the punk era who were either artists prior to being engulfed in the music scene or have turned to art as their form of expression. Several artists featured in the show are non-musicians, but have been long time followers of the punk movement.

The private view will be attended by various members of the lineup this Thursday night (12th August), and it sounds as though Signal Gallery have been so overwhelmed by requests to attend the opening, that they’ve had to close the list of attendees. Don’t worry if you can’t get to the opening though – the exhibition runs all week until 21st August, and various artists will be spending time at the gallery during the run of the show.

AM caught some time with the exhibition’s curator, Gaye Advert earlier this week. Read on for our interview with Gaye and some preview images after the jump. 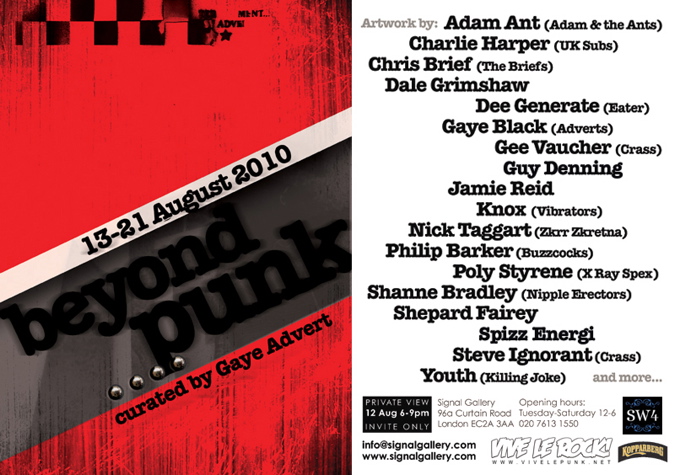 Arrested Motion (AM): Could you tell us a little about how the concept of ‘Beyond Punk’ came about? Is it something you been planning for a while? I’m particularly interested in the artists you have chosen – the mix musicians and non-musicians…

Gaye Advert (GA): I’ve been planning the show since January. The guys at Signal suggested that I curate a show there, and it occurred to me that no one had put on a show of people who were in punk bands who now make art. I knew of a few of them, and the more I looked into it the more it evolved. Incorporating the non-musicians creates an interesting balance and range of styles.

AM: You’ve shown your art previously of course, but is this the first time you have curated an exhibition? How have you found the experience?

GA: This is the first time I have curated. It has been interesting finding out what work people are doing and a good experience working with everyone. I guess it would have been easier to have just one or two artists, but I think the end result is worth it! 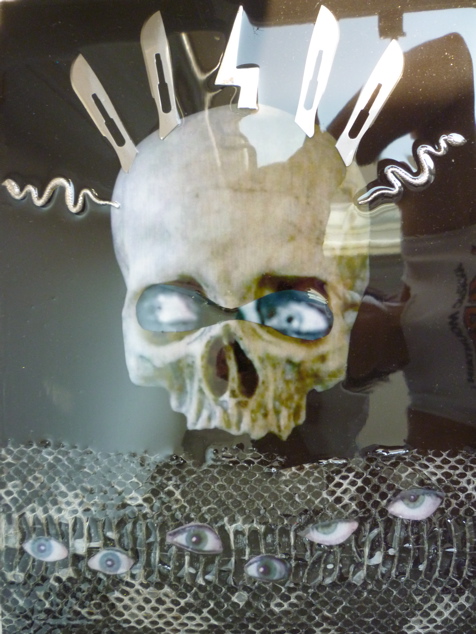 AM: Some of the non-musicians selected for the show are making some really exciting work at the moment. Do you watch the London or international art scenes closely? How did you arrive at the list of artists that you selected for the show? Was there anyone that you wanted to be a part of the show that didn’t work out? I wondered if Linder and Winston Smith were considered for inclusion?

GA: I study the London listings and go to an average of six or seven shows a week, generally around East London. I was familiar with some of the artists’ work and others were recommended to me. There were only a couple of people that I approached who were not available.

AM: I was listening to The Adverts recently as I saw that Pure Evil painted your portrait (twice) in his solo exhibition ‘Strange Women’ that was shown last month just across the way from Signal Gallery, and seeing the paintings was a reminder of an album that I hadn’t listened to in years. It still sounds great today. Did you see the paintings in the Pure Evil show at all?

GA: I did. I love Pure Evil’s work so was really pleased that he had done the paintings of me. 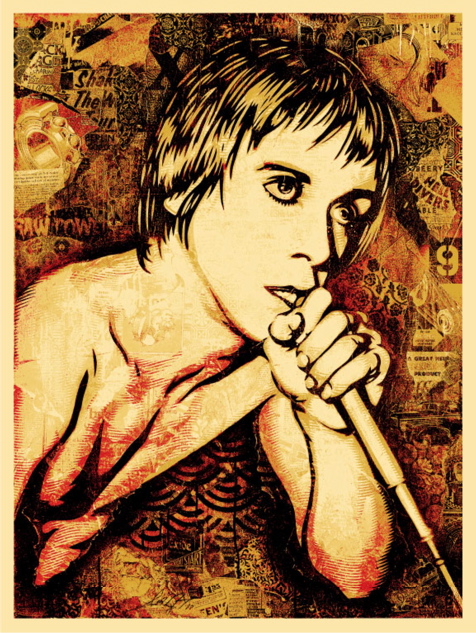 AM: I believe that you and TV Smith (The Adverts vocalist) are still together? I understand that you studied art together, as many other future punk musicians were doing just as punk rock was blowing up. Did you finish the course or did The Adverts redirect your attention to the music scene?

GA: I met Tim whilst in my third year of a graphic design course, which I completed and got my diploma before moving to London and turning to playing music.

AM: You were pretty much hailed as the first female punk ‘star’, and looking back, your image was very iconic. The punk scene was very male dominated both in terms of the musicians and also fans. How did you deal with the attention at the time, and how did this legacy as a punk icon, and I’m sure role model to many, affect you both back then and also in the more recent years?

GA: I hated being singled out because I was female, I just wanted to get on with playing. The more positive side, these days, is when I meet musicians who say they were inspired to play because of me.

AM: Are you still actively playing music? I know that TV still plays out, in fact I believe that he played an Adverts set at the Rebellion festival last weekend. Does The Adverts still have a strong fan base?

GA: I am surprised at how many fans there are around still, especially those who were too young to have seen us. Both of our albums have had a lot of positive feedback in the press recently as well. Rather better than they had originally, especially the second album! 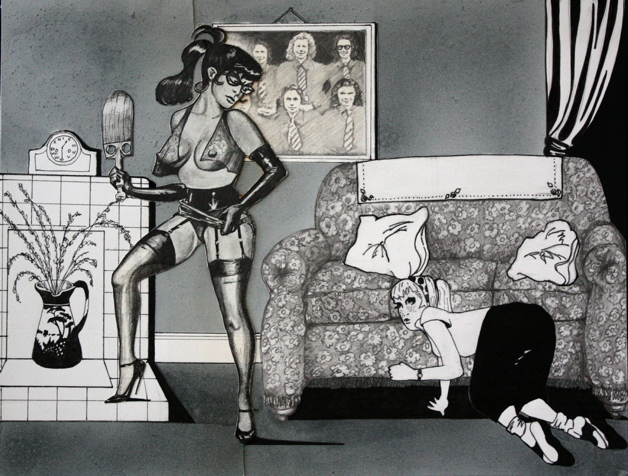 AM: The bass guitar was always for me the most important part of the formula of a good punk rock song, especially when played as a lead instrument, so much so that I was inspired enough to get myself a bass and start a band with some friends. Our musical experience was short lived though, as we broke up ahead of the first lot of shows we had scheduled, and never played out. That old chestnut ‘musical differences’ was the reason if I remember right! What was it that attracted you to pick up a bass in the first instance?

GA: I loved the sound of basses at live gigs, the sound would go right through you. I have never been a fan of wibbly guitar solos, so I had more of an urge to play bass.

AM: Do you keep in touch with many of the other people in punk bands that you played alongside?

GA: I’m in touch with quite a few of them. The Rebellion festival is a bit like a school reunion! 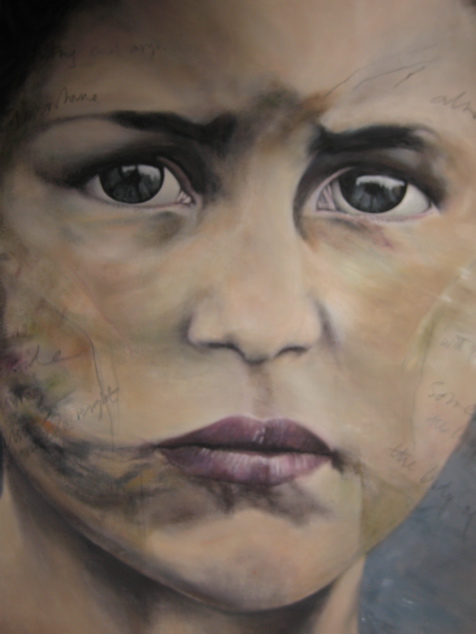 AM: Can you tell us a little about the work that you have made yourself for ‘Beyond Punk’? I understand that you work predominantly in three dimensions…

GA: I am putting in a piece called ‘Christening’ which contains my christening dress and a photo of me wearing it, along with other old photos and my first ‘bone vases’. They are hollowed ancient bones that I find on the shore of the Thames, with old fake flowers in. The piece is enclosed in a glazed box that I had made. I am also including Evil Squirrel as he has quite a fan club! He has ‘corpse painted’ eyes and is surrounded by bones and remains, and lives in a bell jar. I also have a piece called Don’t Play with Mummy’s things’ – a baby drowned in jewelry. I also have some small resin coated collages that I have just completed. They feature the eyes of black metal musicians, who I photographed in Norway, put into skulls.

AM: Being someone who grew up with punk and hardcore music in the 80’s and 90’s, I saw the scene being massively different ‘pre-internet’ when everything was done DIY, through the networks of people that were involved – you had to make an effort to get involved, and that is probably why the people that were involved in the earlier years were so passionate. I can only imagine that it was the same, if not even more closely knit in the late 70’s when The Adverts were active. The internet’s impact on how music is heard, discovered and marketed has been colossal. I think the same instant accessibility has aided many emerging artists to get their work out into the public eye. How have times changed for you as an artist and performer since those early DIY days?

GA: Certainly the internet has made it easier for me to check out a wide range of both art and music, and people from all over the world have given me positive feedback on the images of my work that I have put on myspace (myspace/gayeblack). 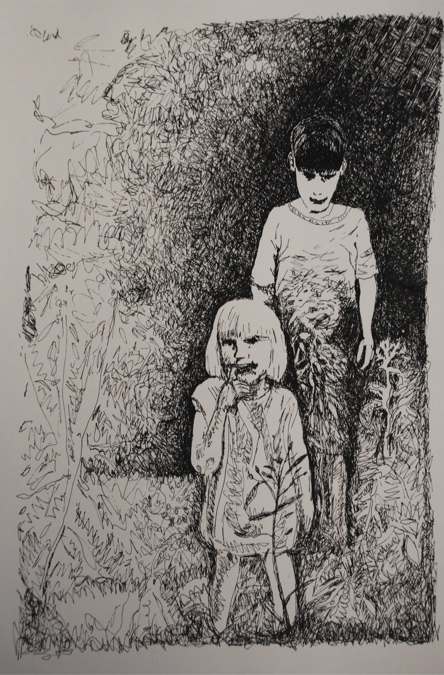 AM: I think that the DIY attitude that came from within punk rock has been a huge influence on the new contemporary art scene. How did punk rock influence or inspire you as an artist and how did art inspire you as a musician? What else provides you with inspiration when making art?

GA: I think the East London art scene, particularly street art, has the punk DIY attitude as inspiration. The DIY ethic runs through both art and music and cross pollinates both. I have to listen to music when I’m making art.

AM: Punk rock as a sub-culture has rebellion running through it’s core – do we all still need a little rebellion in our lives?

GA: Definitely. Complacency allows the establishment to have free rein to walk all over us for financial gain.

AM: Can you share with us an interesting anecdote from back in the day involving one of the artists in the exhibition?

GA: I have just met up with Youth again after about 33 years! The last time we met he was the 15 year old bass player in The Rage, who were support on an Adverts tour.

AM: Finally, tell us a little about any other music or art related plans that you have on the horizon?

GA: I am due to be in an art show in Nottingham in a few months, but for the moment I am going to have a nice rest for a few weeks, then start on a few new pieces. I’m not particularly proactive in getting involved in projects, they just come along and find me!

AM: Many thanks Gaye – we wish you the best with the exhibition! 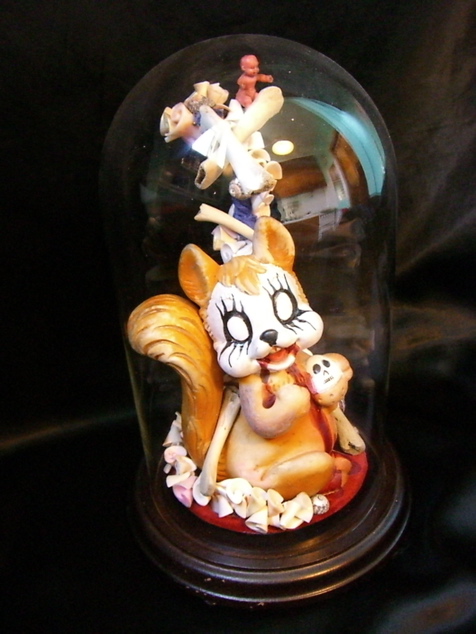 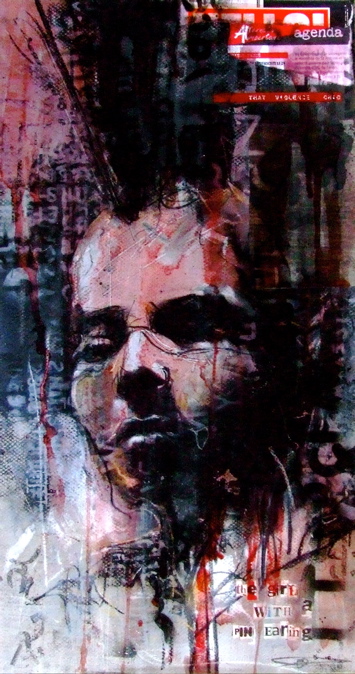 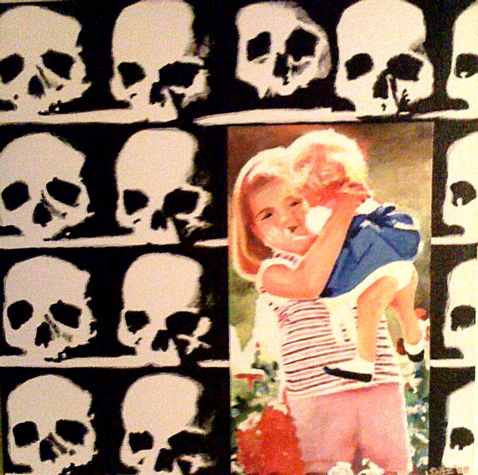