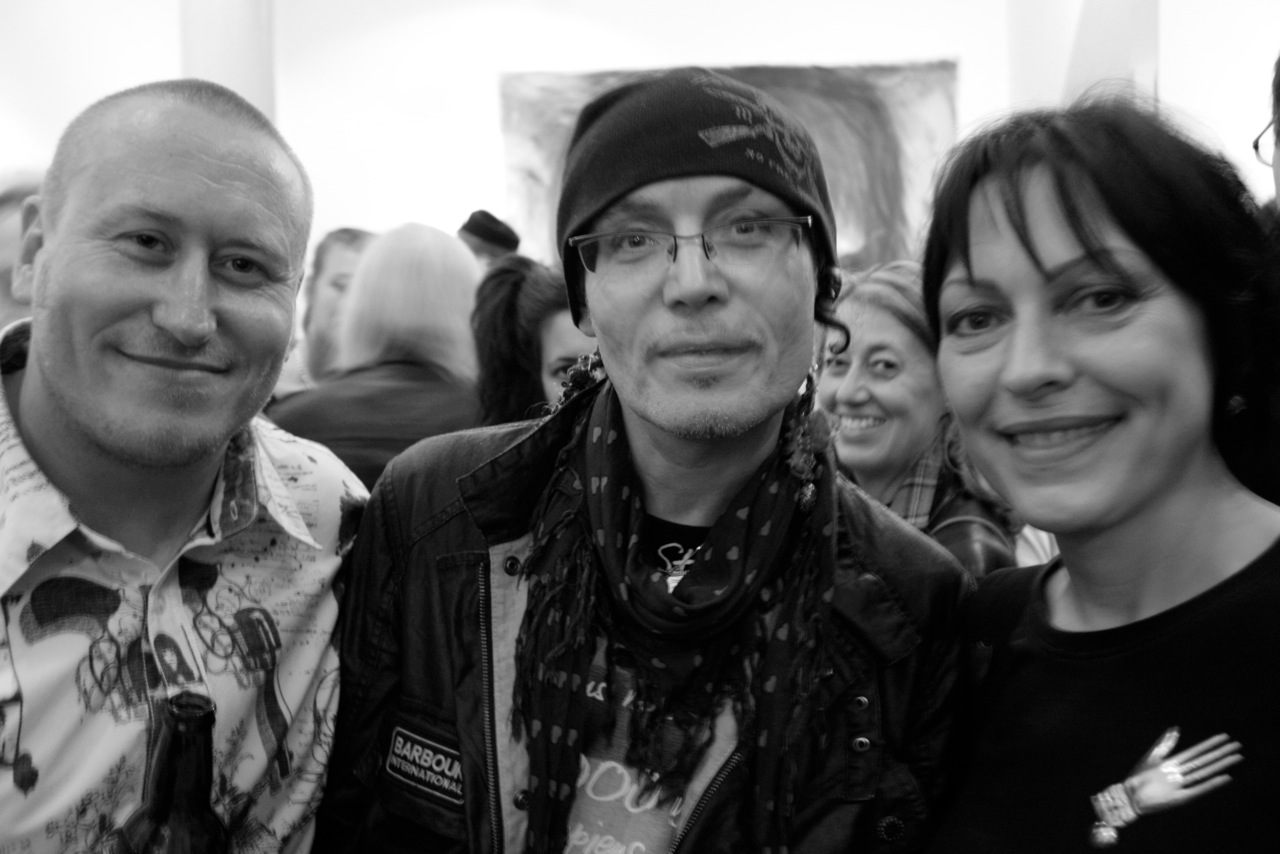 If you’ve ever been to Signal Gallery, you’ll know it’s not the largest gallery space out there, so when we heard that the guest list had been closed at 250 people for the “Beyond Punk” exhibition opening due to the high demand to get on the guest list, we knew that we would be in for a squeeze!

Typical Thursday evening opening nights in London tend to be busy, but the crowds usually move between different exhibitions. Not so for this show. When we turned up, the crowd was spilled outside of the gallery and into the street. A lot of the attendees who came early stayed all night for the festivities and the never ending bar, and we heard that a lot of people who had their names on the list were not able to cram in.

Needless to say, AM made it in and we got to check out the exhibition curated by The Adverts bass player and punk rock icon Gaye Advert. The show runs until 21st August, and you’ll find some of the artists in the gallery during the run of the exhibition. 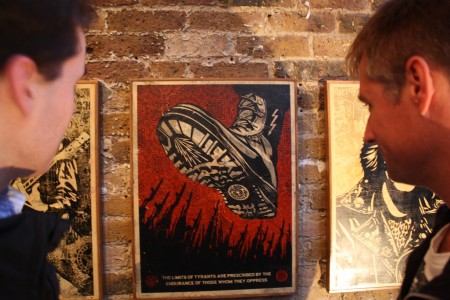 Lots of faces from the punk rock scene were in attendance including some of the artists exhibiting such as Poly Styrene, Charlie Harper, Spizz and what proved to be the star attraction Adam Ant, who presented some fetish themed artworks from his personal archives.

AM got to catch up with a few old friends that we hadn’t seen for over 15 years, and the evening seemed to have a celebratory atmosphere. Some of the art didn’t look too shabby either, some of our favourite pieces being by Shepard Fairey, Gee Vaucher, Steve Ignorant, Poly Styrene and the show stopper – a stunning portrait of Gaye by ex spikes and bristles man Dale Grimshaw. If you missed our interview with Gaye Advert, you can check that out here. 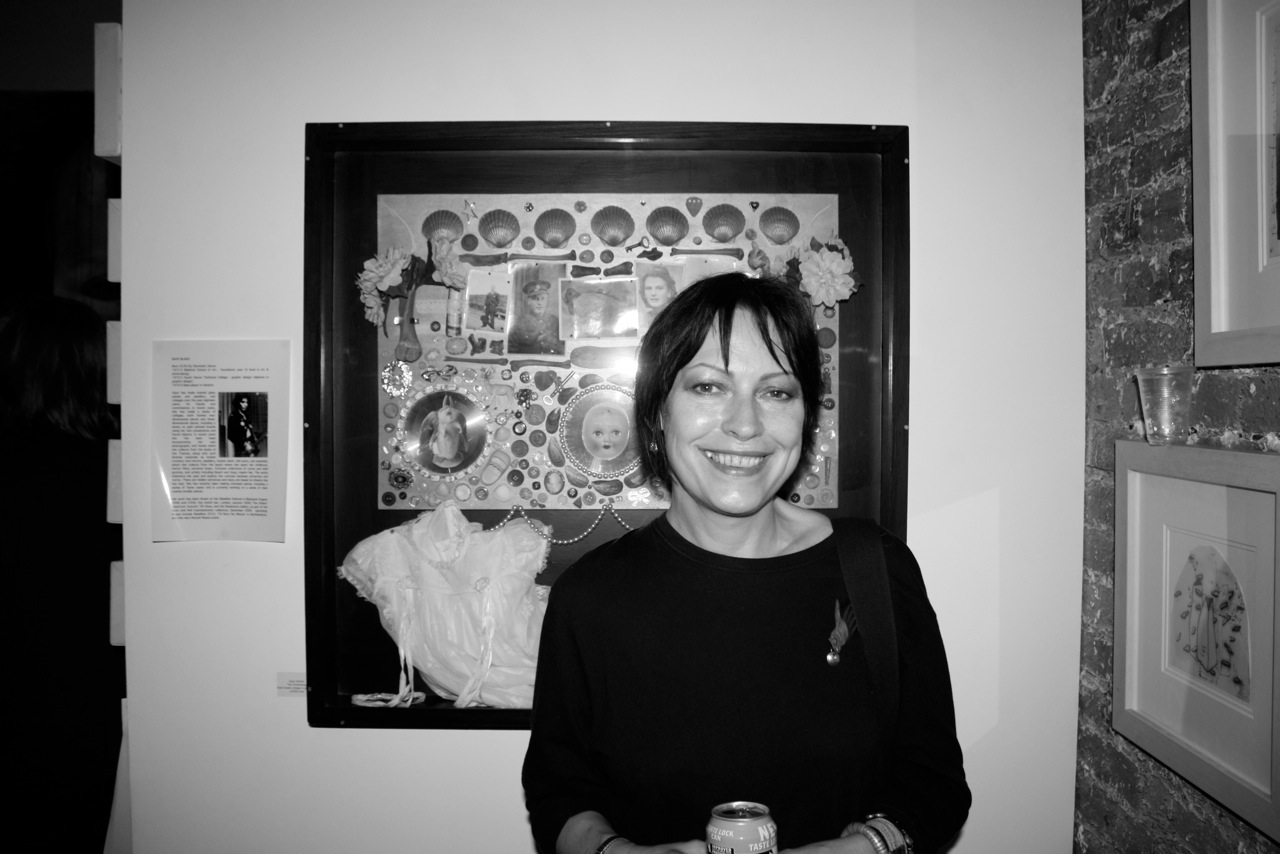 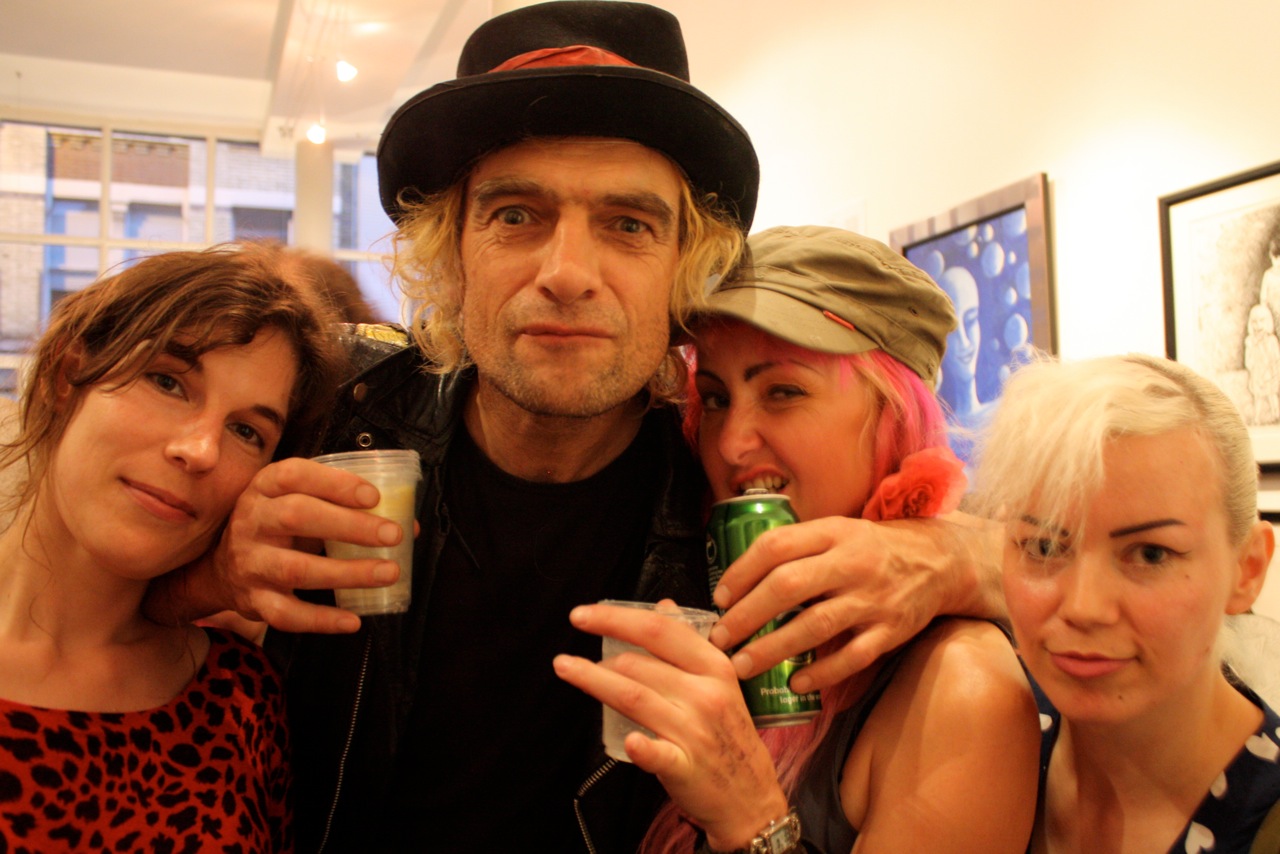 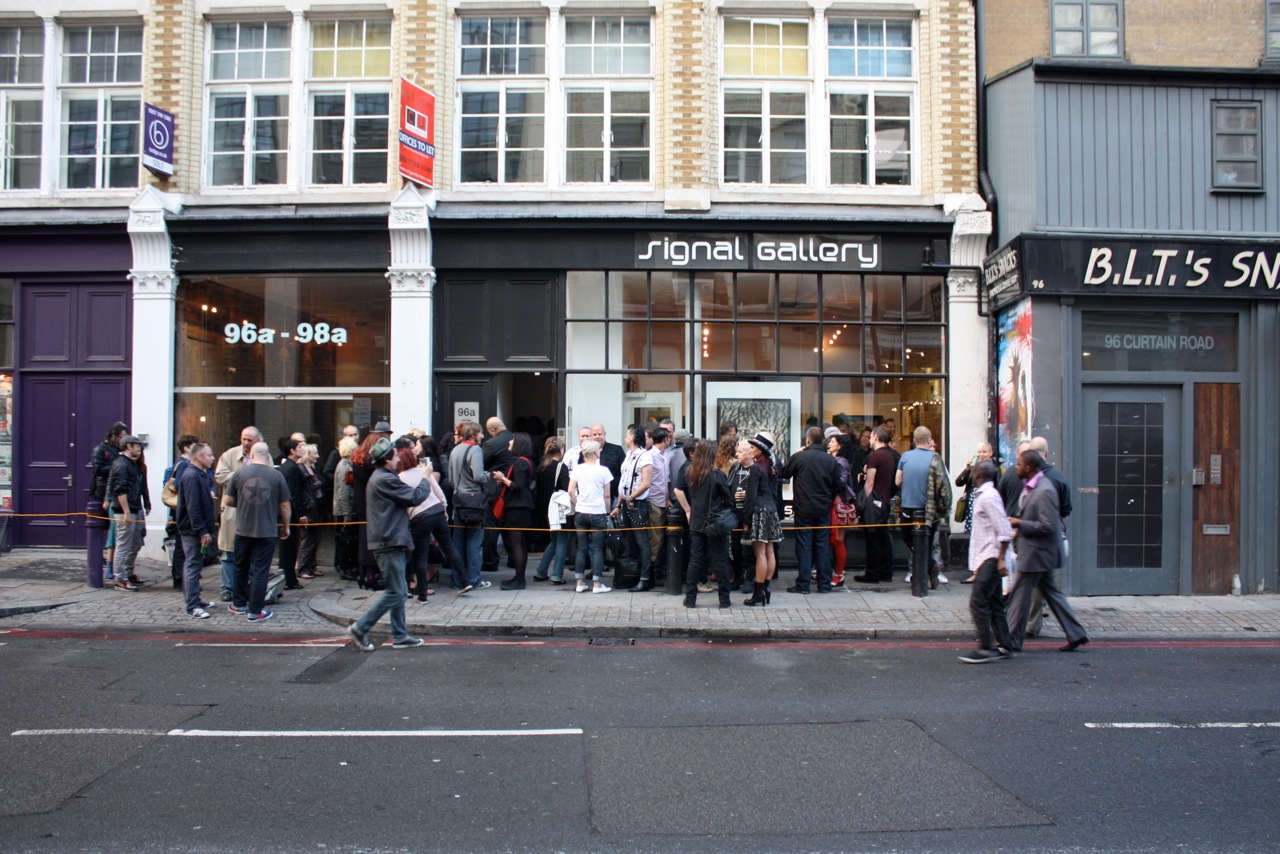 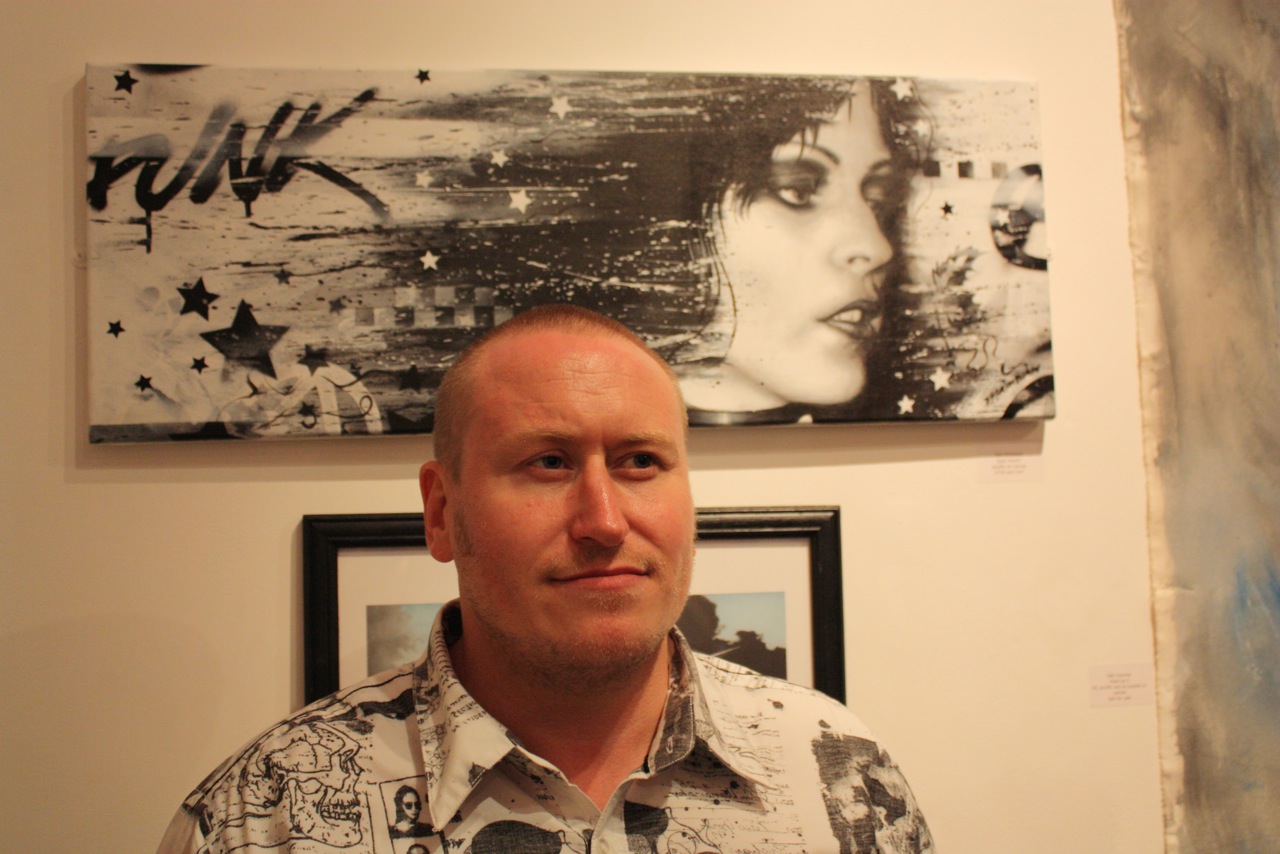 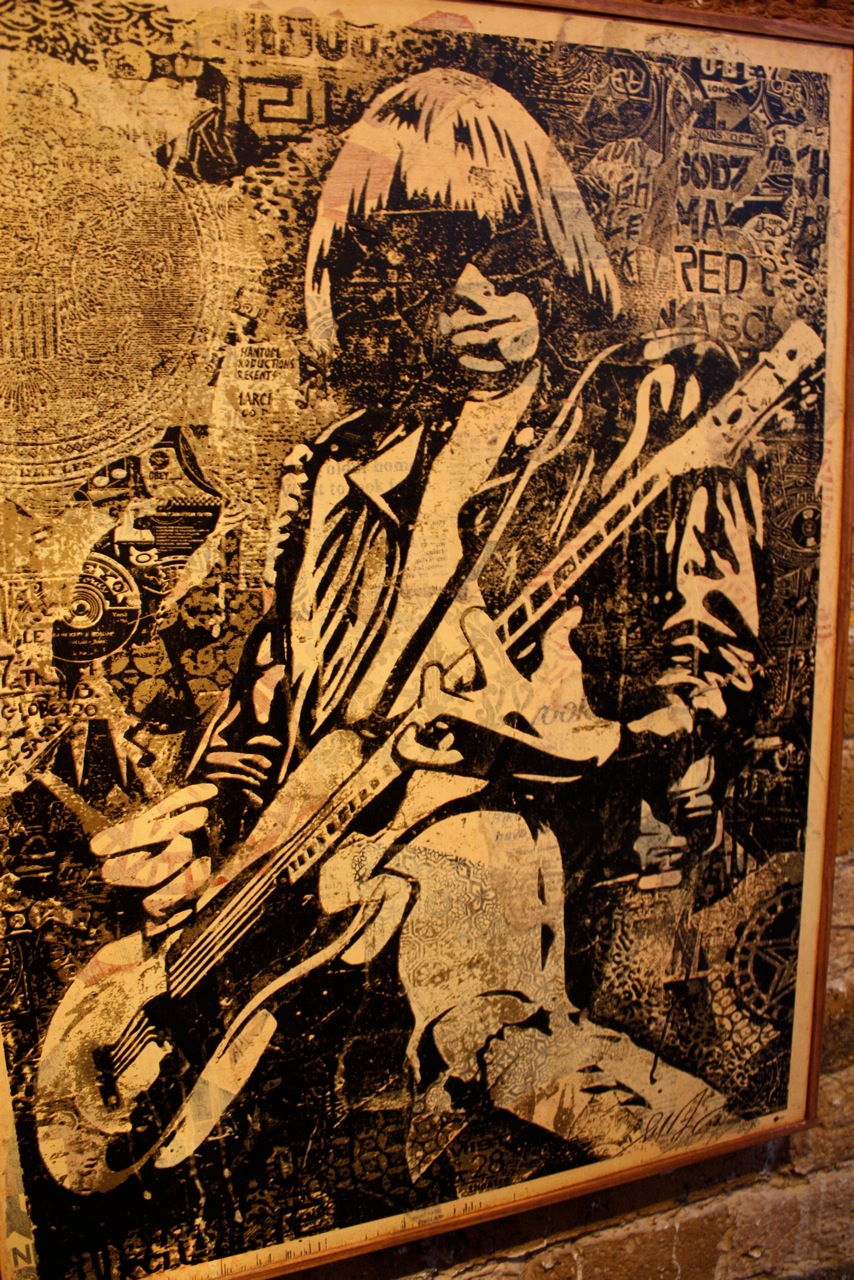 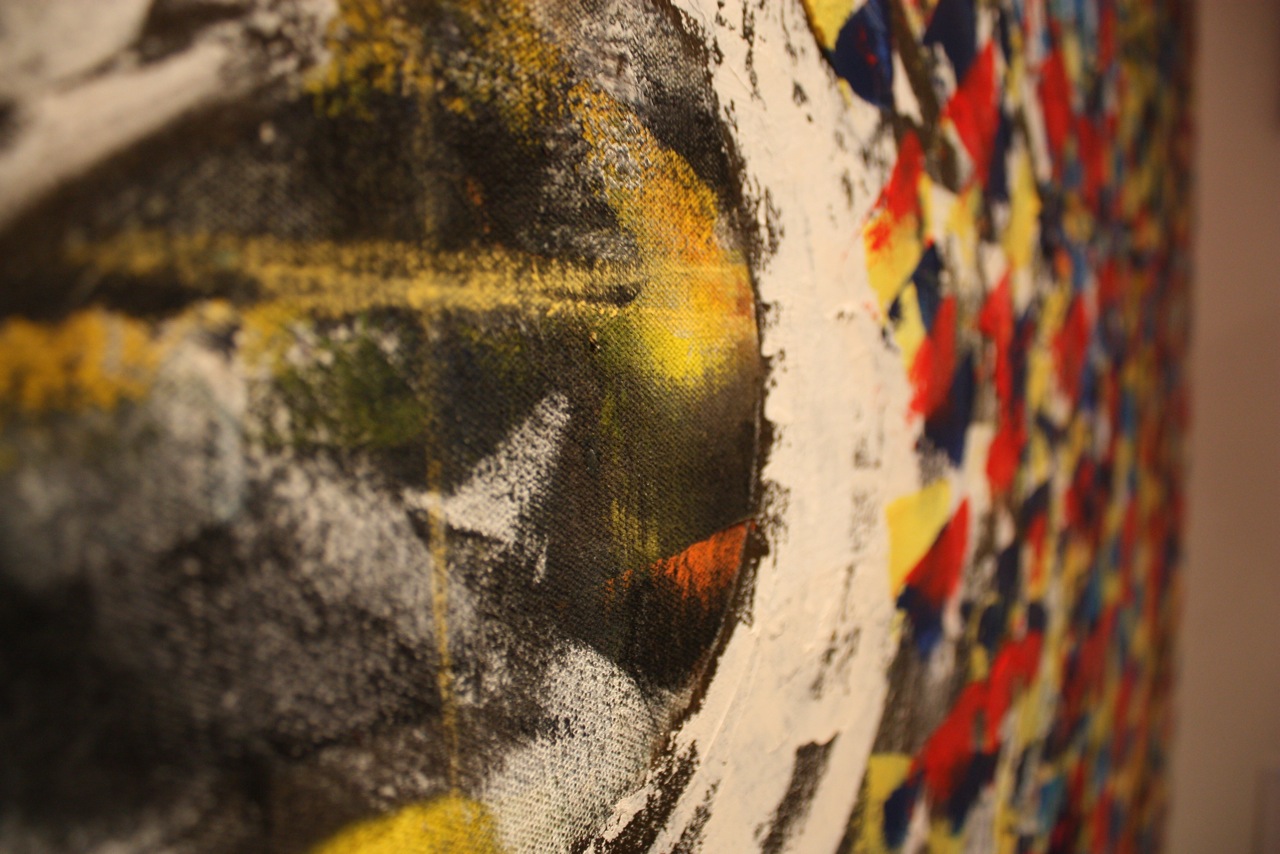 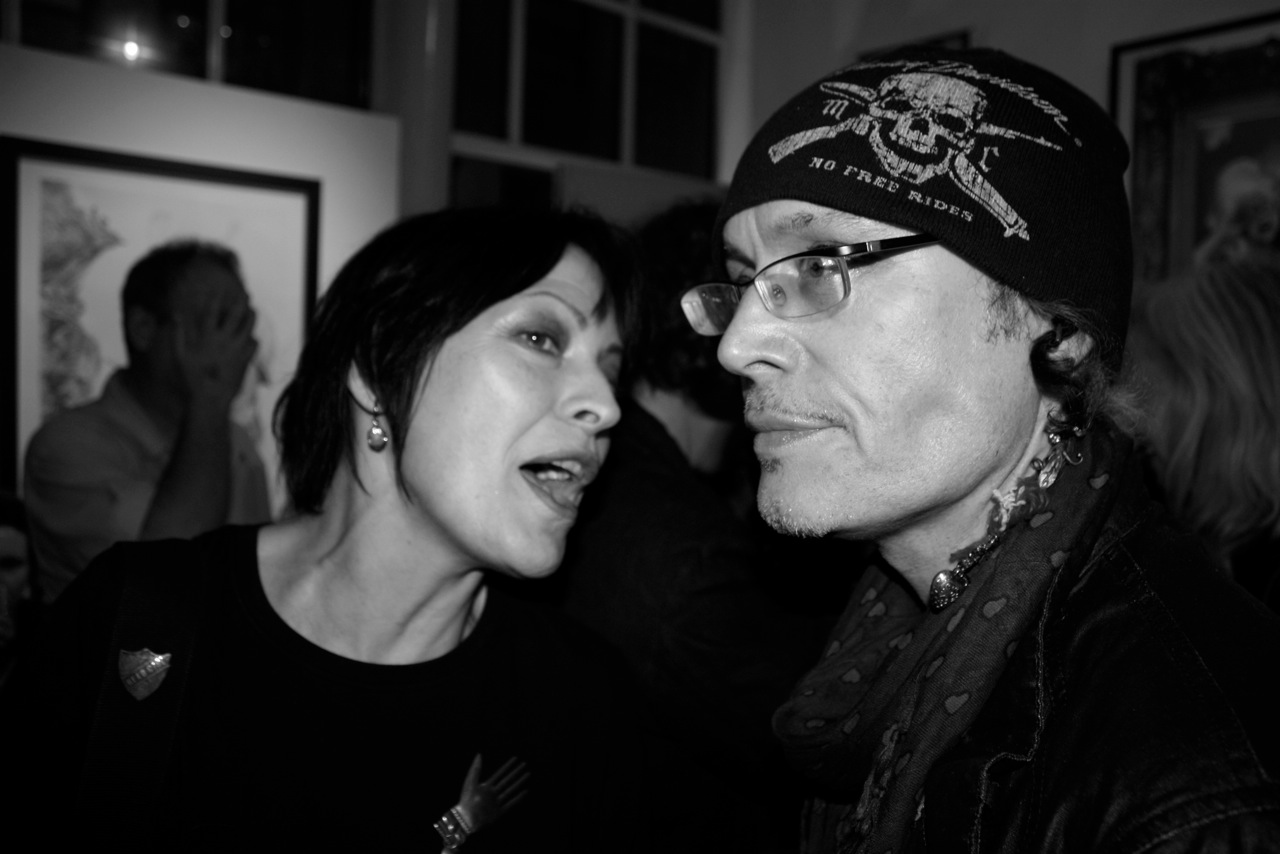 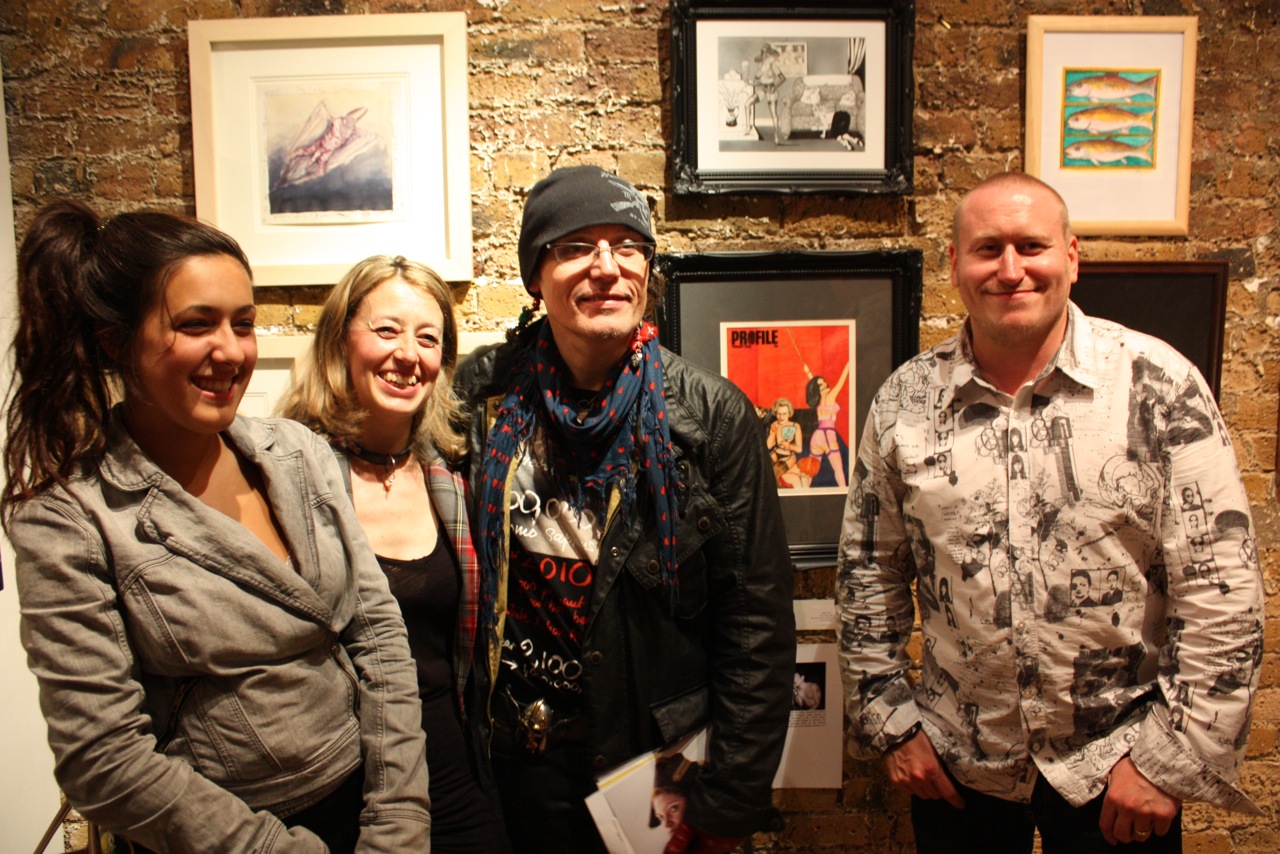