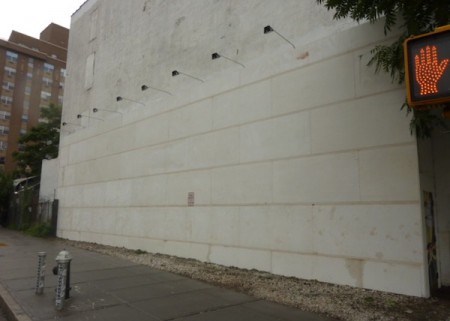 So, observant street art fans in New York must have noticed by now that Shepard Fairey’s much vandalized “These Parties Disgust Me” mural (done in conjunction with his “May Day” show at Deitch) has been covered with the scaffolding below rebuilt. Although there has been some speculation the preserved Os Gemeos mural underneath would once again re-emerge at the Houston and Bowery location, what AM has confirmed may be even more exciting…  The site will be a new canvas for another street legend soon – Barry McGee!