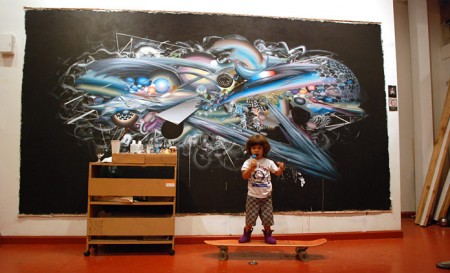 AM has been following the artists interviews our friends over at Fecal Face (SF’s definitive art portal for those who don’t know) have been posting up this month in regards to a monster show coming up in September.  Their 10 Year Anniversary show will include artists like Jeremy Fish (featured), David Choe (featured), Henry Gunderson (interviewed), Jeff Soto (featured), Richard Colman (interviewed), Shepard Fairey (featured), FAILE (featured), Ian Francis (featured), Sylvia Ji (interviewed), Anthony Lister (featured), and many others (full list after the jump).

What caught our eye though was the massive in-progress piece by Mars-1 seen above. We can’t wait to see the finished piece. The show opens Friday, September 10th @ The Luggage Store (6-8pm) with an afterparty at Mezzanine (9-2am). 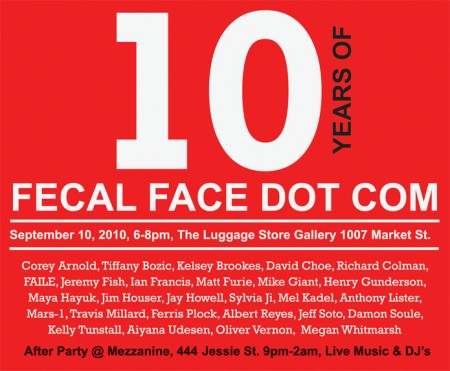