Brooklyn based artist Jean-Pierre Roy paints classically inspired landscapes fast-forwarded into a post-apocalyptical dystopian vision of the future. His beautifully composed oils have an epic, and almost cinematic quality. Take a look at the video above where JP talks about his work, and how he achieves the level of luminance to his work by starting off with a dark canvas and continually building the composition by adding elements of light. The video was put together by Rare Gallery, in anticipation for his solo show opening there on September 9th. “A Rational Spectacle” contains a new body of work, with each of the pieces weighing in at an impressive scale.

The following day sees the unveiling of Jean-Pierre’s 20 foot (yes – 20 foot!) long painting “Landscape or Questioning…” at Allan Nederpelt Fine Arts in the group show “Fit”, which also features another Brooklyn based painter that AM enjoys – Kristen Schiele (interviewed).

Mark your calendars if you are in New York, and take a look at some preview images from the Rare show after the jump. 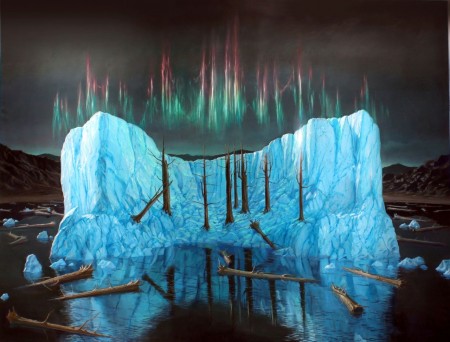 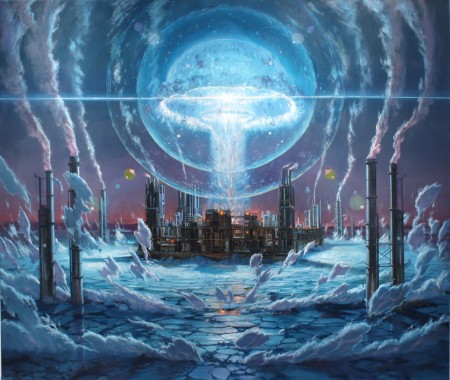 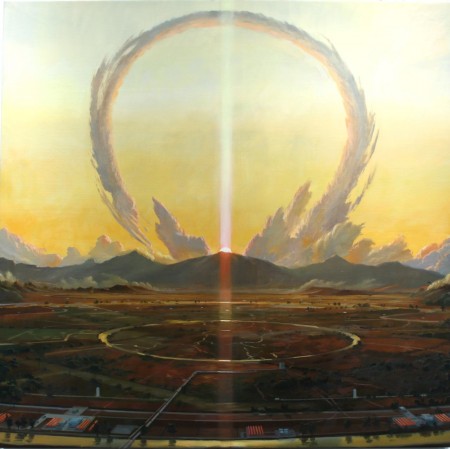