Baby Tattooville’s Art Jam is the artist activity that has received the most attention at each BT weekend. This is not without great reason as this annual fixture involves every individual artist at BT. During Art Jam, all of the featured and returning artists are welcomed to join together in creating a once-in-a-lifetime collaborative piece. This historic painting is started on opening day and is jointly worked on until the following night. BT guests are free to witness every moment of the piece’s completion. A noticeable difference at BT 2010 was the addition of a second canvas. Featured artists Van Arno, Anthony Ausgang, COOP, Ron English, Michael Hussar, Johnny Ryan, Spain, William Stout and Suzanne Williams worked on one canvas, while returning artists such as Johnny “KMNDZ” Rodriguez, Jeff Soto, Lola, Miss Mindy, KRK Ryden, Ragnar, and Brandi Milne worked on a second canvas.

Once the Art Jam session was complete, Harvest Productions stepped in and worked their magic. They ceremoniously took possession the freshly completed painting on Saturday night at 10:20pm and brought it back to their studio where they scanned and proofed for 2 hours. The Harvest Productions team continued with print production until Sunday morning when they returned back to the Mission Inn to setup the signing of the new Art Jam prints. This was the fourth year that Harvest Productions produced the overnight Giclée edition on canvas for Baby Tattooville.

Check out behind the scenes pictures of this collaboration after the jump. 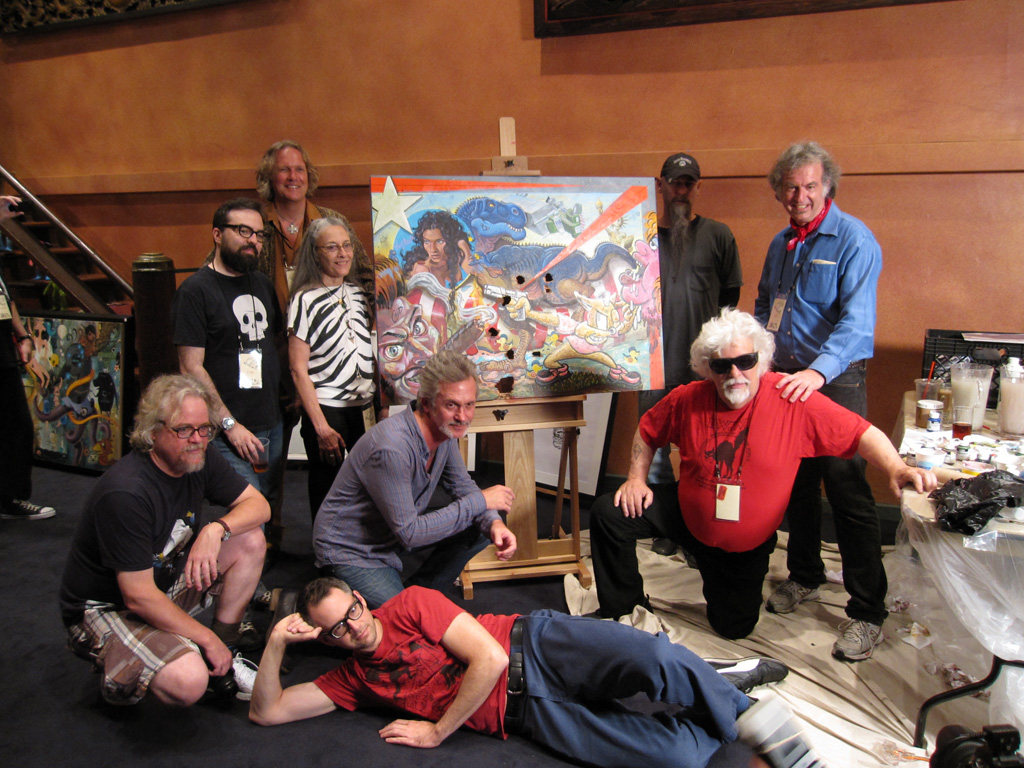