Last week, we had the pleasure of making the journey out to the Tate Modern in London to experience Ai Weiwei’s latest installation. The contemporary artist from China worked with the village of Jingdezhen to individually mold and hand paint over 100 million ceramic “Sunflower Seeds” which lined the entry hall adjacent to main doors of the museum. Every person was invited to partake and interact with the “land of seeds”. It was a romp for many who jumped, ran, played, and even laid down on the 1000 square meters of hand created artwork. The seed carpet, measuring inches thick, was a veritable playground for the staff of AM as we scurried onto the ceramic play-land along with the hundreds of families and museum patrons that made believe they were on the beach, in the snow or simply relaxing in the park. Ai Weiwei seemed to have captured the imagination of everyone who stepped foot on his seemingly magical creation.

We did however notice that there were little dust clouds that was occasionally stirred up from the layers of seeds. Honestly, we didn’t mind and neither did the people in attendance. But, apparently it caught the attention of the museum which promptly shut down the exhibition the following day (10/14) as it was discovered that the clouds were actually crushed ceramic particles which could pose a health hazard upon repeated inhalation. Luckily, this “shut down” was temporary as the exhibition reopened the next day (10/15) with some safety precautions built in. No further physical interaction would take place between the attendees and the seeds with the only viewing behind a physical barrier. This may be a disappointment to many that will attend the exhibition between now and May 2nd 2011, but this is better then the initial speculation of a permanent closure of the exhibition. 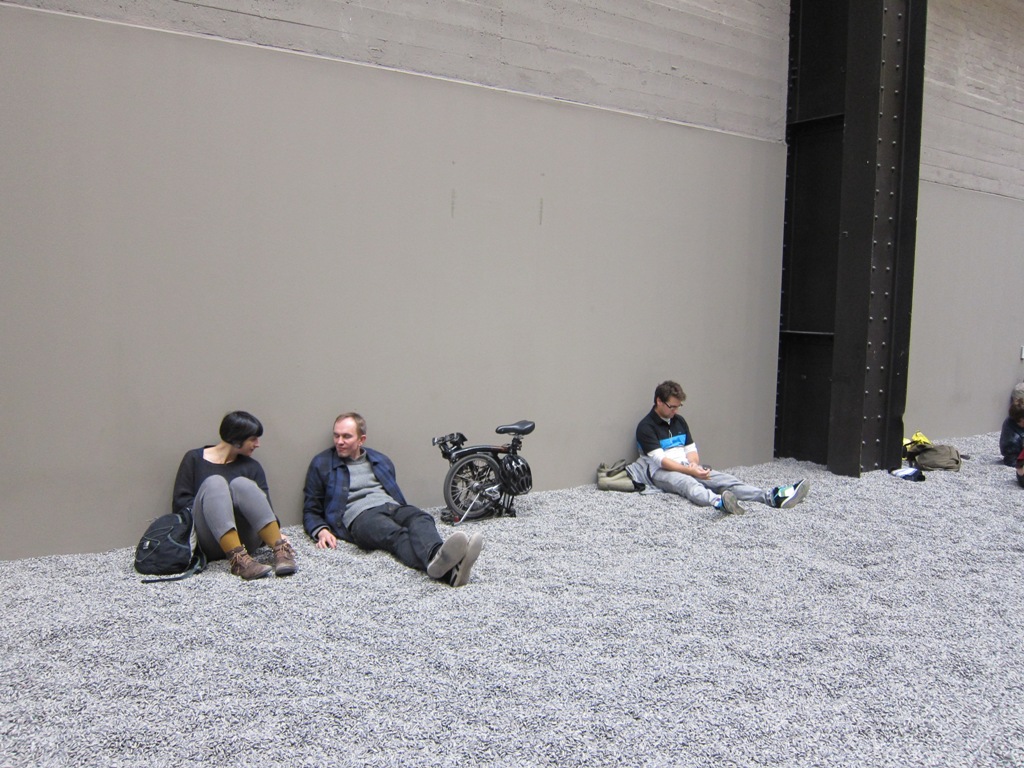 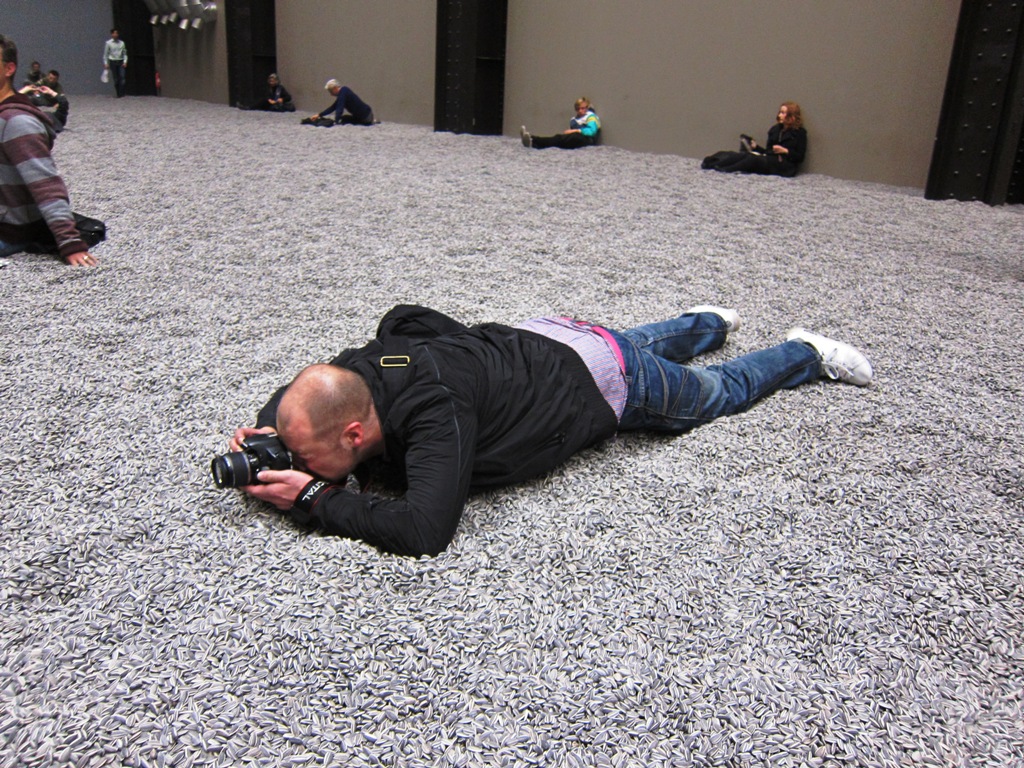 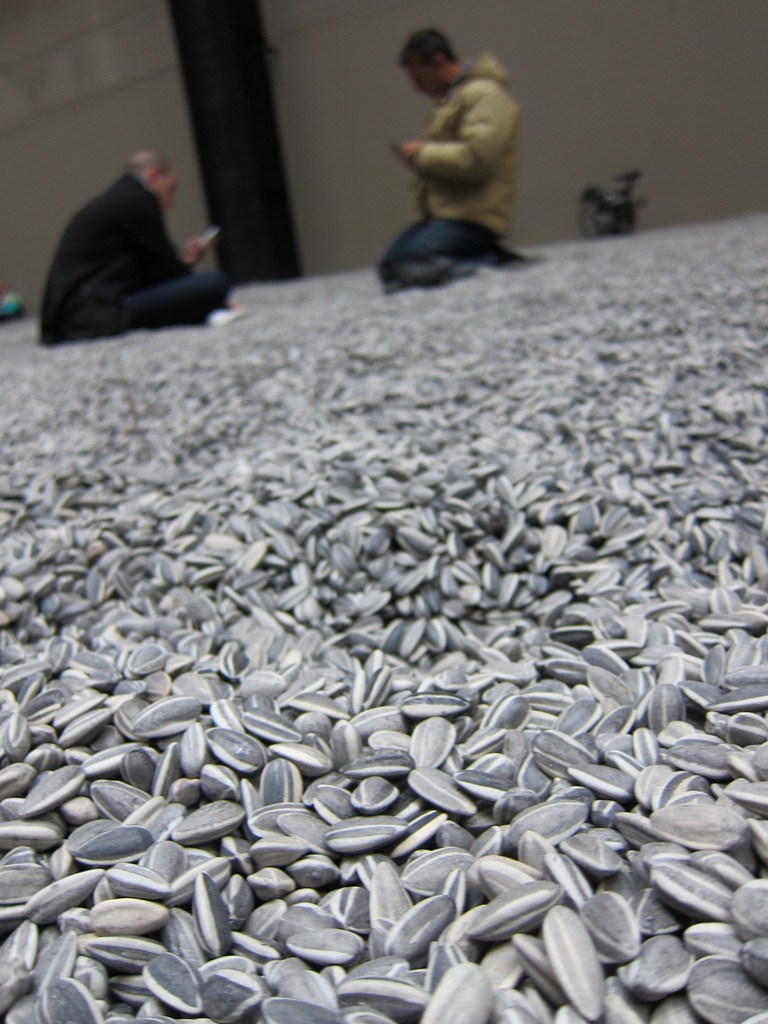 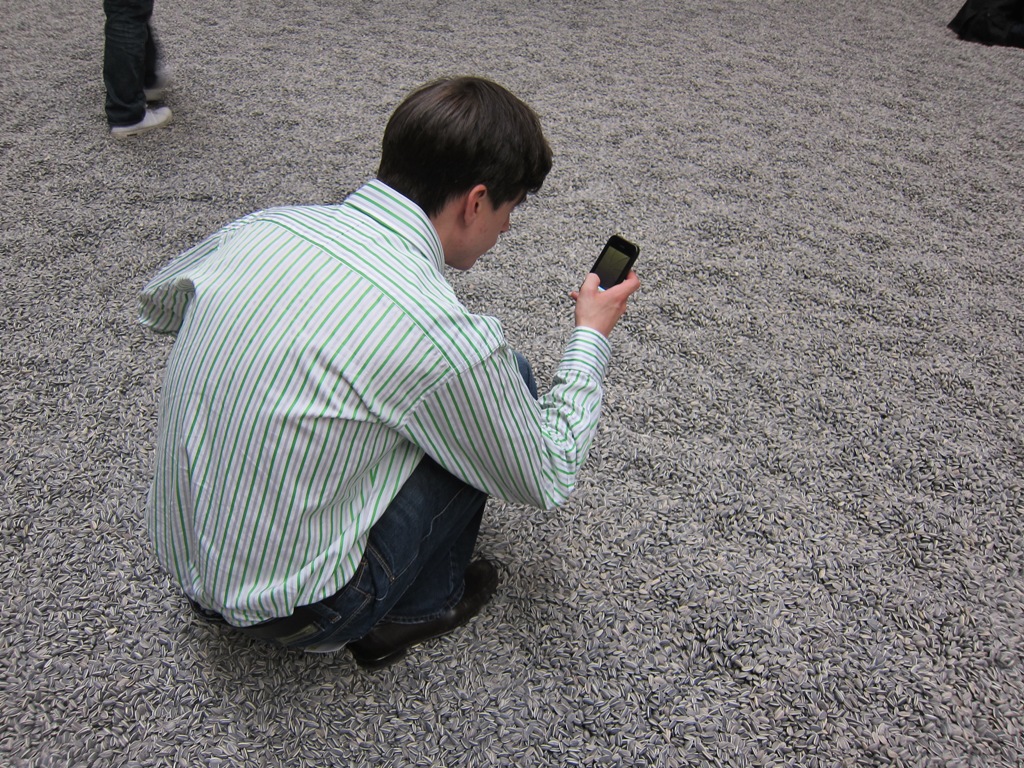 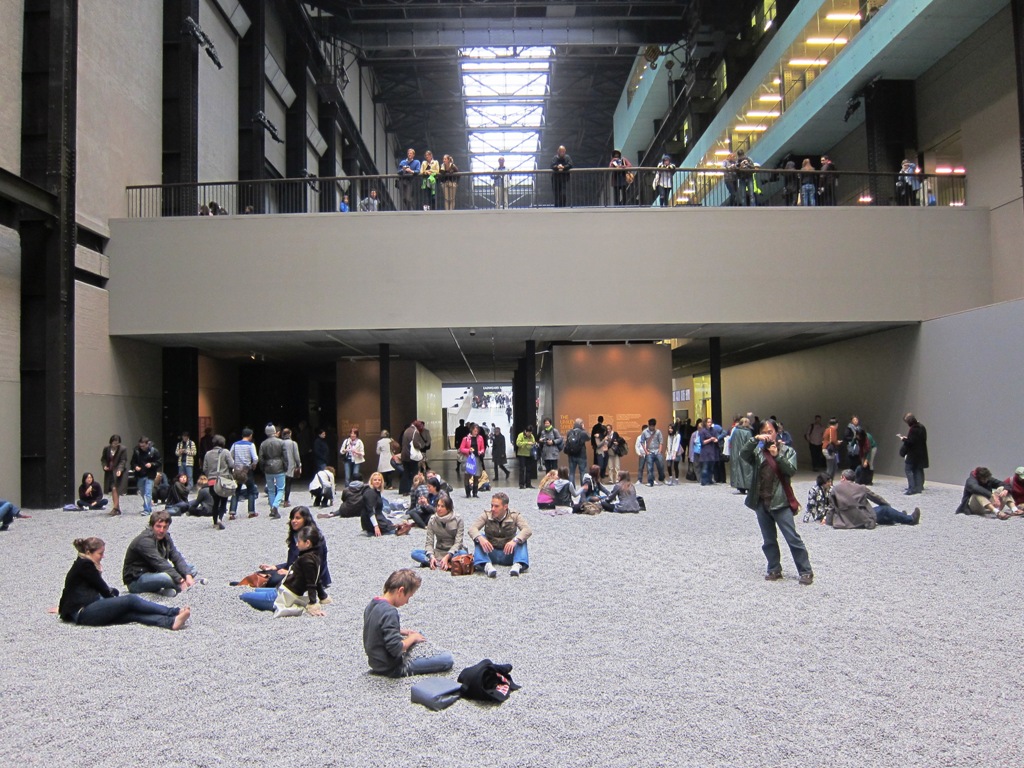 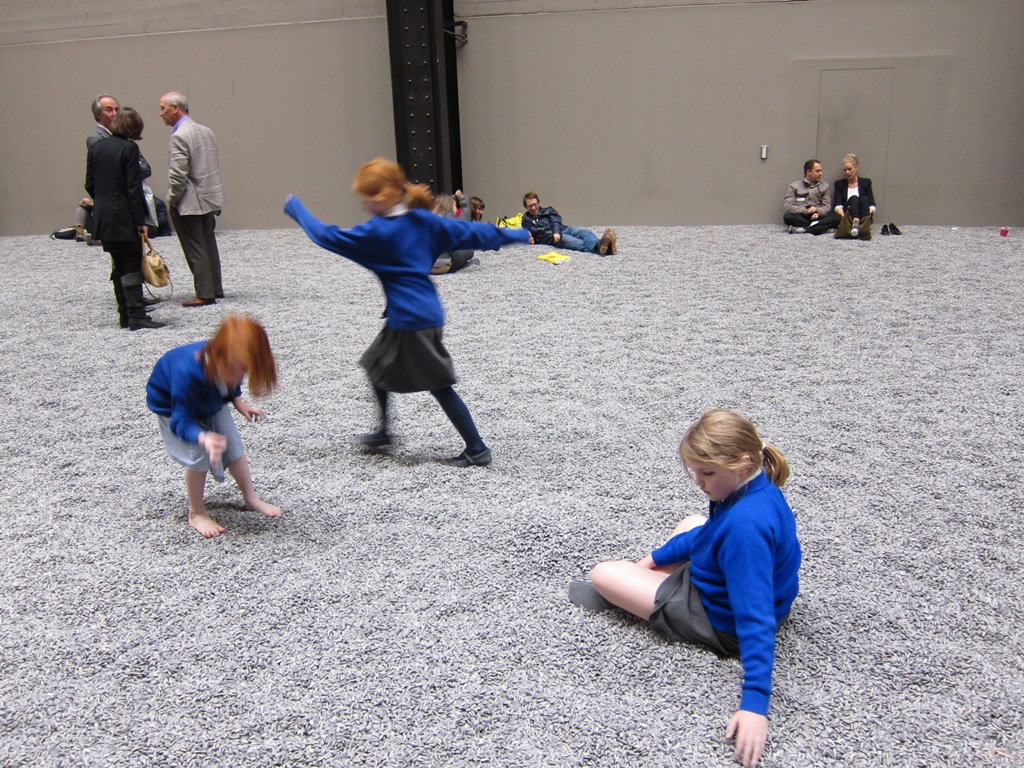 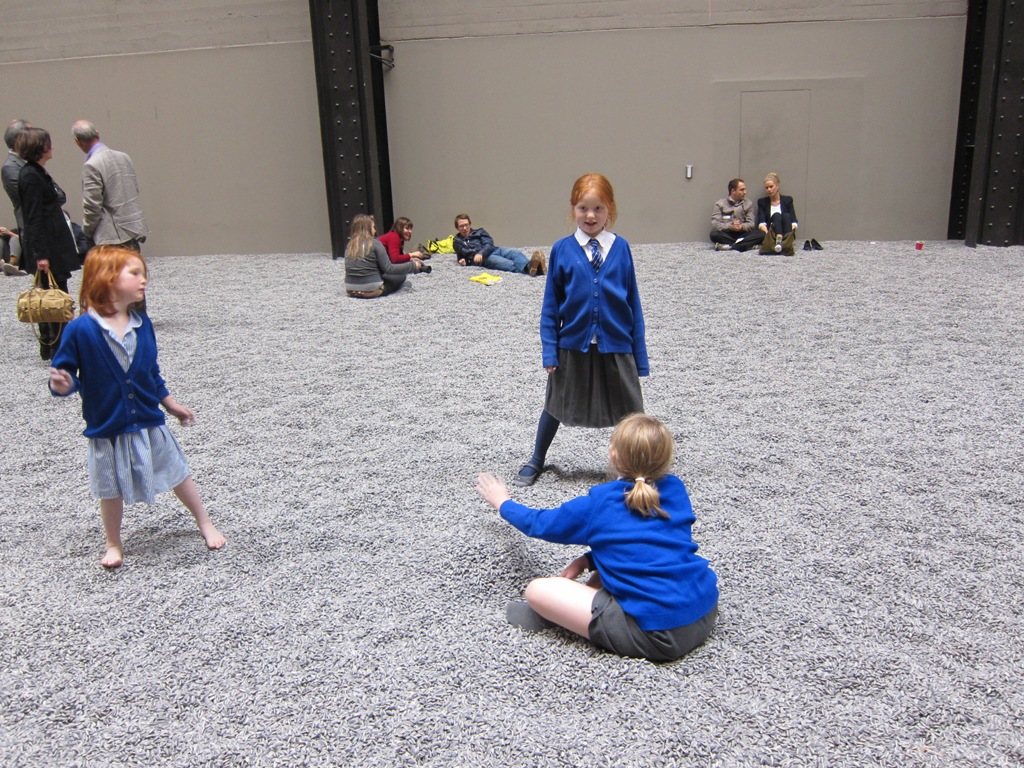 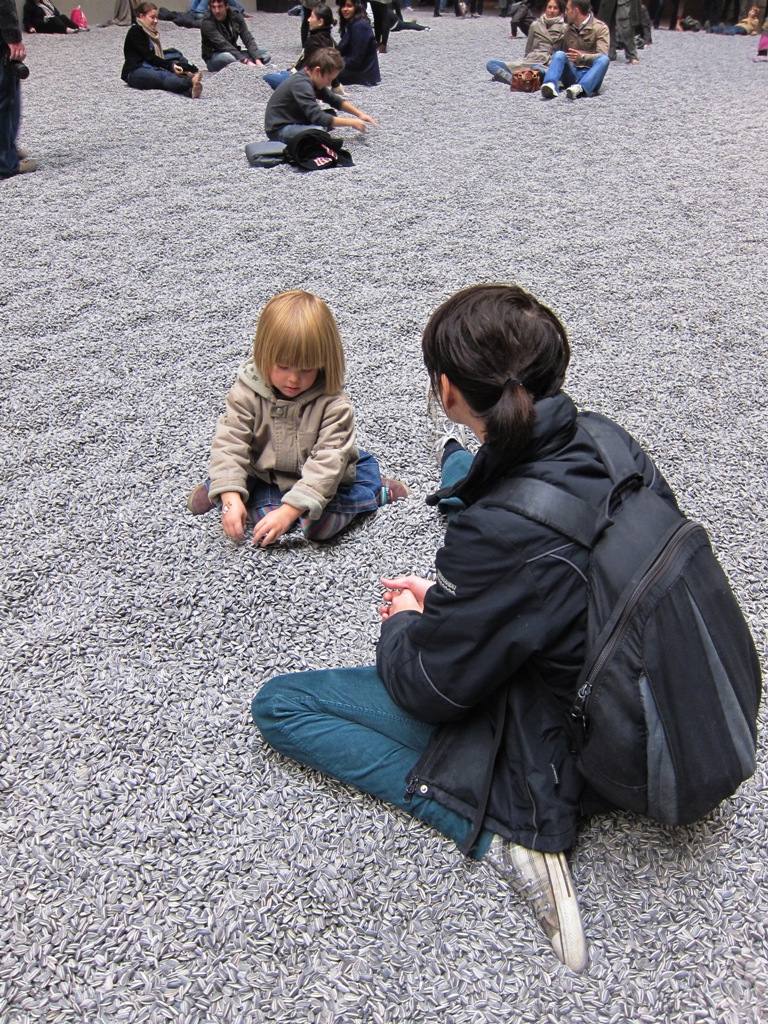