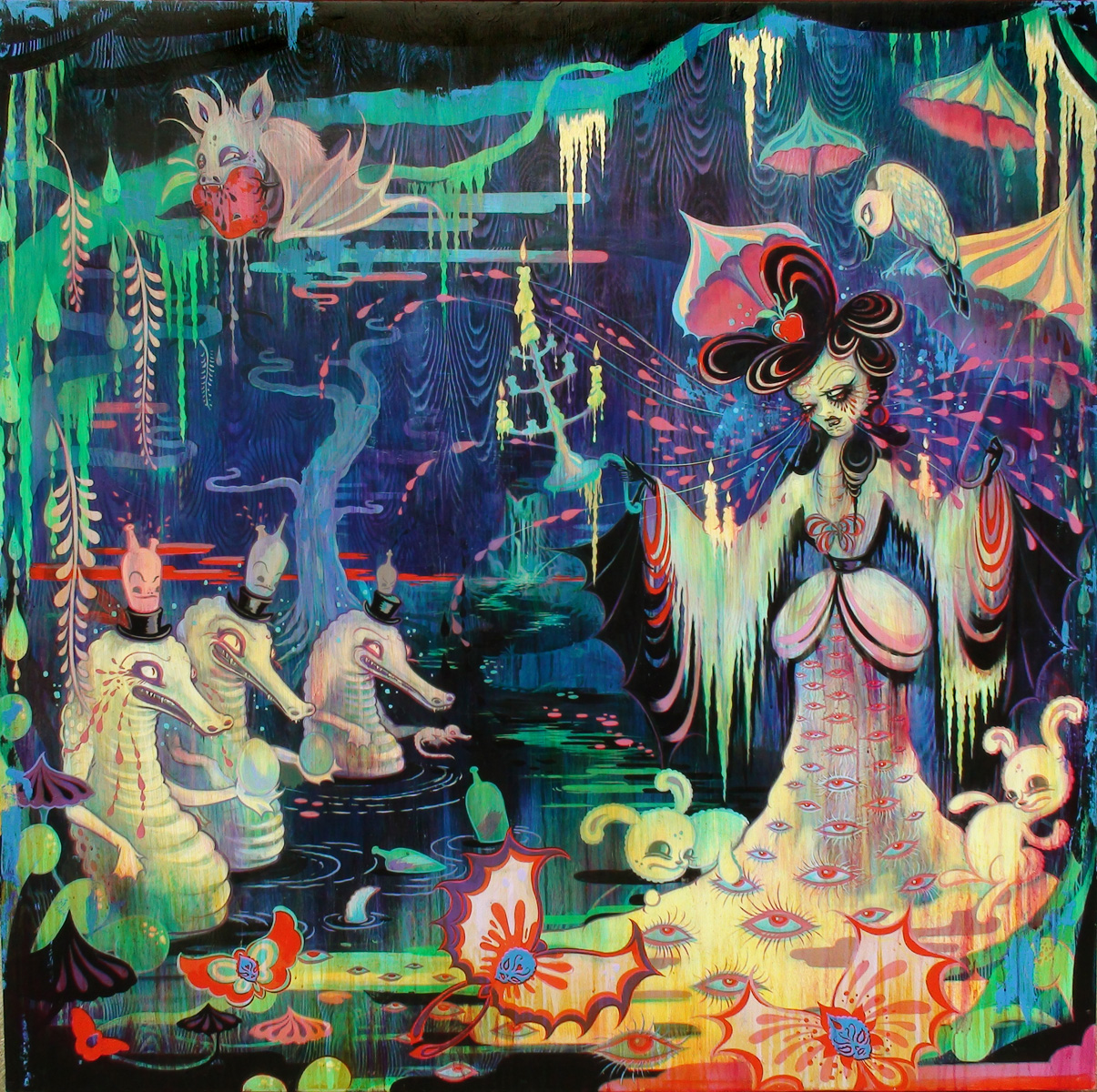 In a clever curatorial touch, Camille Rose Garcia (interviewed) will be showing a new selection of her phosphorescent work alongside Ryan McGinness’ Blacklight series (teased), both sharing uniquely psychedelic color palettes in stylistically disparate ways, with Michael Kohn Gallery during Art Basel South Beach. Raised on a healthy dose of Disneyland, the Southern Californian artist is known for her colorful reinterpretations of the whimsical narratives inherent to childhood fairy tales, yet executed with playfully sinister overtones. In the Spring, she even had the honor of providing the illustrations for a new printing of Lewis Carroll’s Alice’s Adventures in Wonderland (covered). This sampling of new work will serve as a tantalizing appetizer for her upcoming solo exhibition Snow White and The Black Lagoon (teased) with the Los Angeles based gallery opening Saturday, March 12th, 2011. Yet another in a relentless stream of impressive art to experience next week in Florida.

Check out a preview of couple more works after the jump. 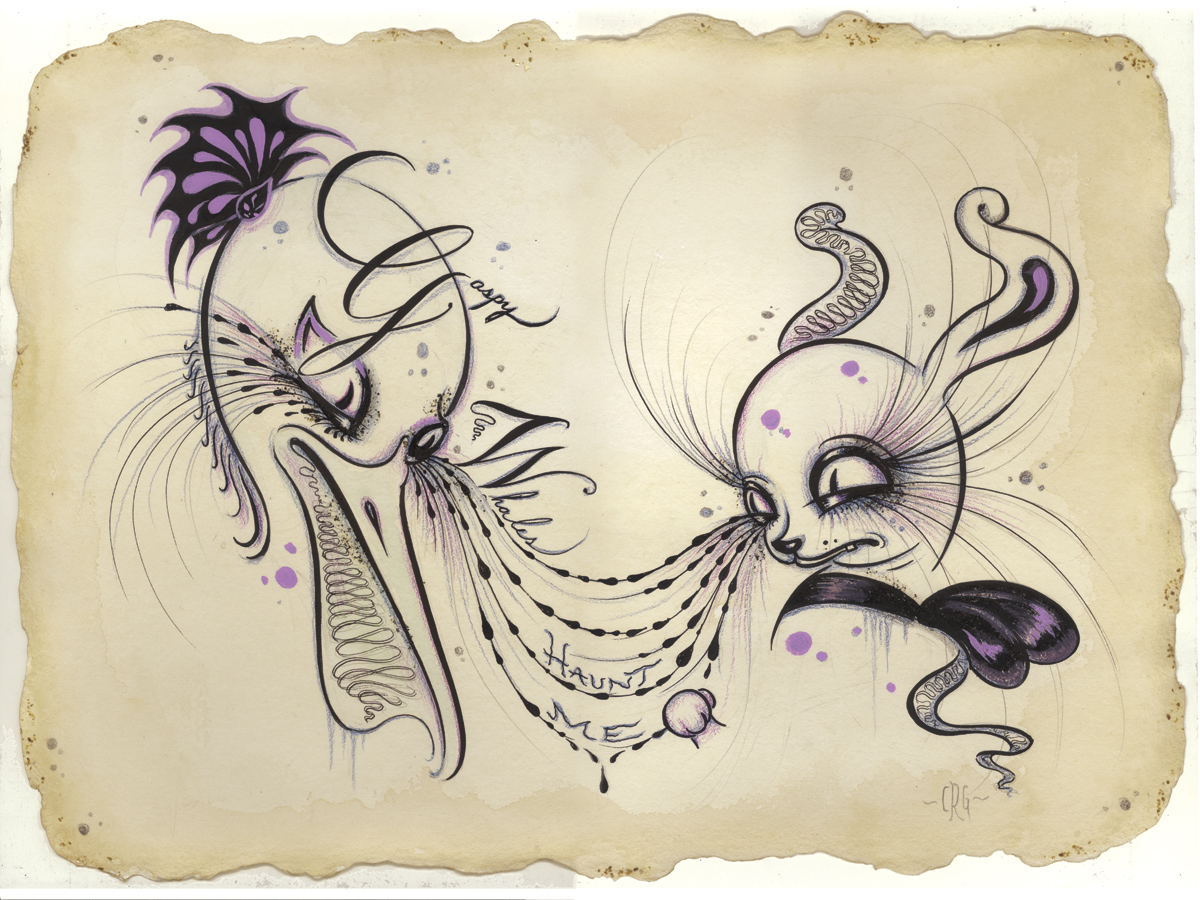 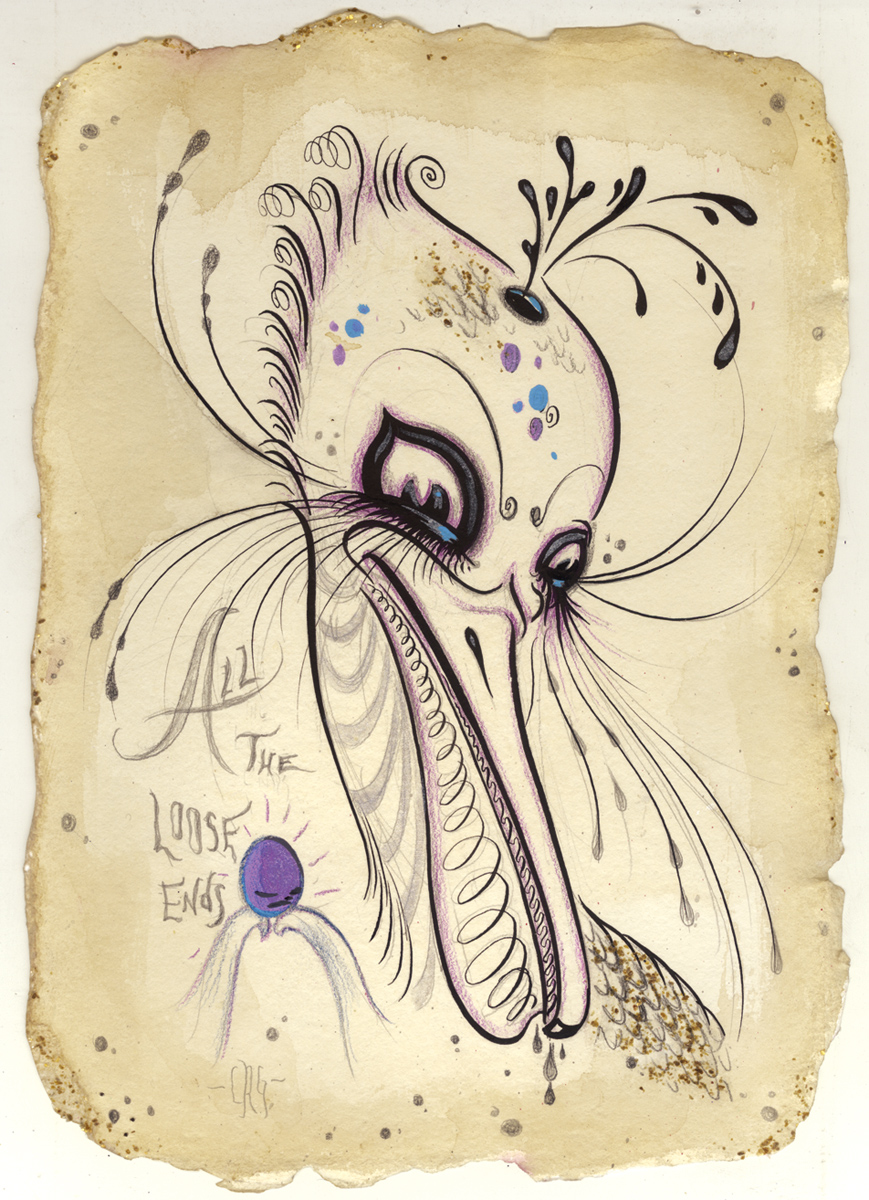