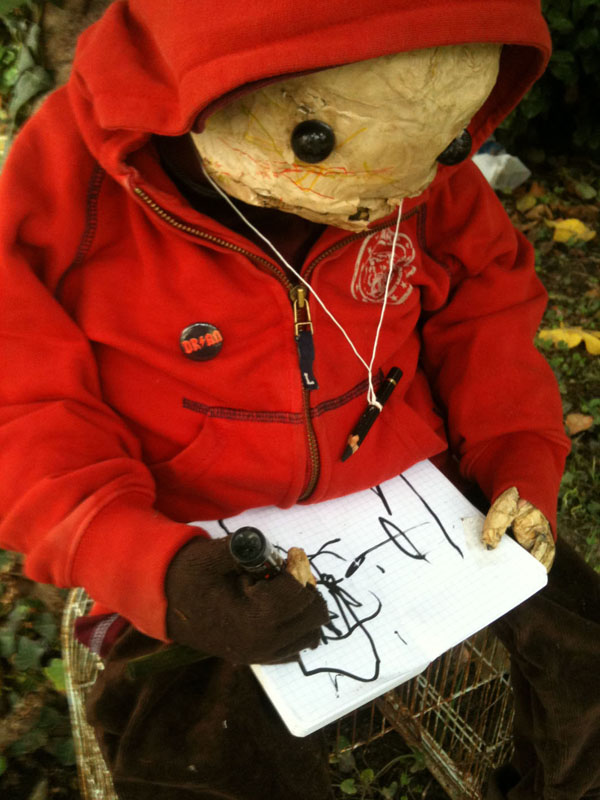 French artist and DMV crew member Dran has been causing ripples of excitement for a while in street art circles, and is now set to make a big splash over the course of the next week by opening two shows in London.

My Everyday Life is first to open. This installation will feature a selection of original works in the mediums of sculpture and painting. Dran’s Scribouille character – shown above – is set to be the main focus of the show, and you can see some of the artist’s ideas on how he plans to bring his homeless puppet into the show plans after the jump. My Everyday Life opens with a private view on Thursday, November 25th, and publicly on the 26th at a yet to be announced location in London.

The second installment is entitled I Have Chalks which opens on December 2nd. This part of the exhibition is to be held at the Pictures On Walls HQ on Commercial Street. POW are releasing a series of silkscreened prints each heavily hand finished by the artist. Expect a few more surprises along the way too! Co-incidentally, PoW are also hosting an event tagged Marks & Stencils (with a private view on the 25th, and publicly on the November 26th) which is to feature Banksy and well as Dran and others. We’re not entirely sure how the shows tie together, but take a look at this teaser video from Butterfly of some of Banksy’s animatronics at work after the jump along with more wonderful Dran images. 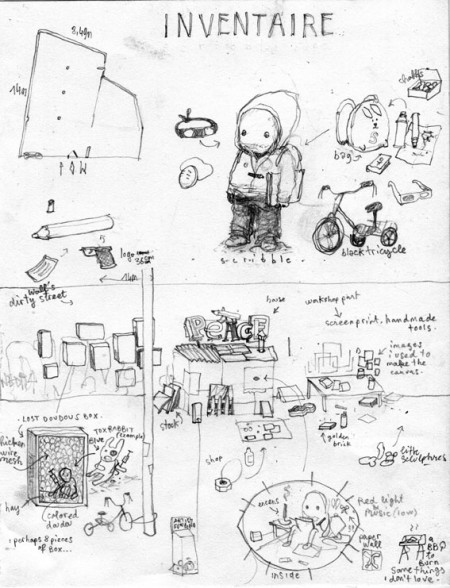 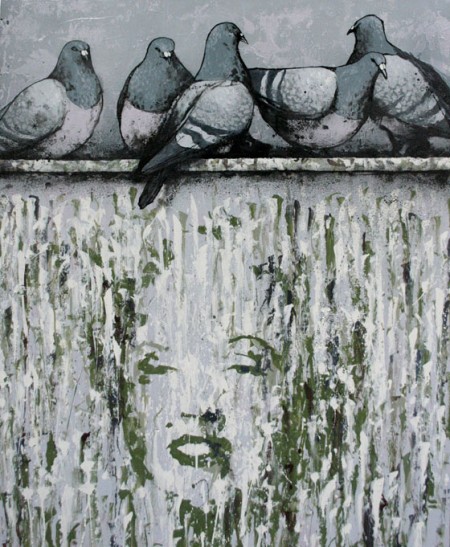 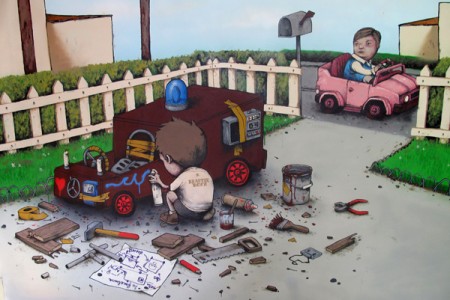 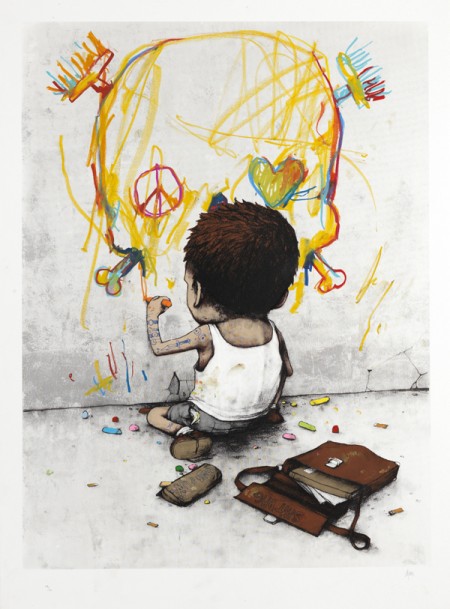 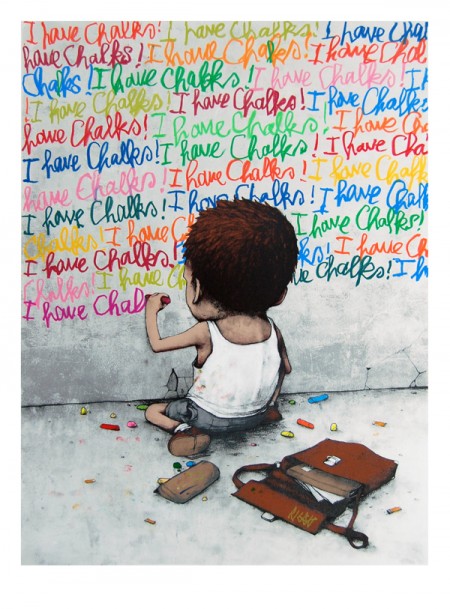 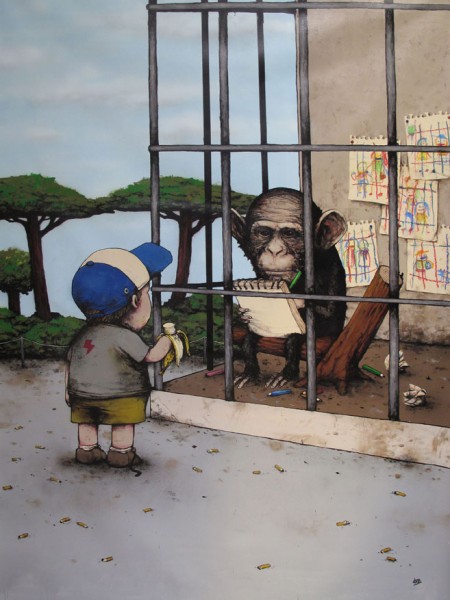 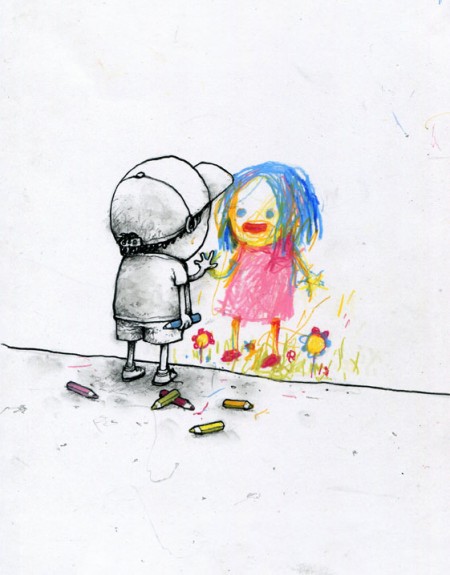