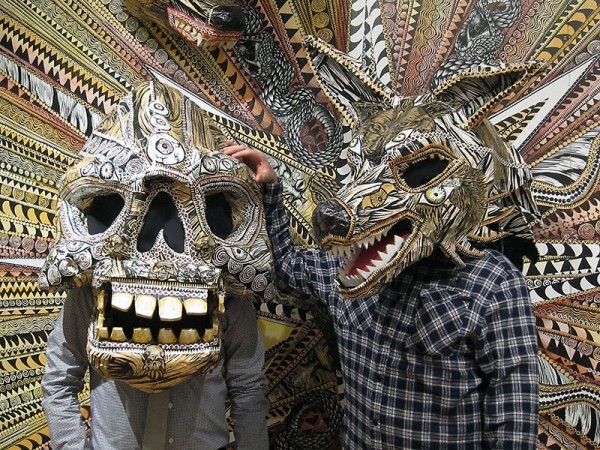 Last Thursday night, AM was on hand for one of the most exciting openings we’ve ever experienced: Dennis Mcnett’s Reaping Waves and Vital Vessels at the Joshua Liner Gallery. We had been impressed by the individual carved wood works we had seen during our studio visit with McNett, and although those pieces were included in the show, the total was so much more than just the sum of those individual parts. In addition, he created two large-scale installations for the gallery, including one with three memorial Viking ship sculptures towered over by a huge printed paper wave.

Sometime during the packed opening, those in attendance were signaled to go downstairs, out of the gallery and out of the building, where they were surprised to see a twenty-plus foot Viking ship out front.  Soon after, flags and wooden weapons were distributed to the growing crowd, drumming came from within the ship, and it was pulled from its mooring and onto the streets of NYC. The unpermitted parade snaked through Chelsea for blocks, much of the time against traffic, until finally returning to the gallery, where a second ship with a full heavy metal band was waiting. After some call-and-response drumming between the ships, the band – Natur – played a full set for the energetic crowd, while fireworks and homemade balloon latterns were launched. 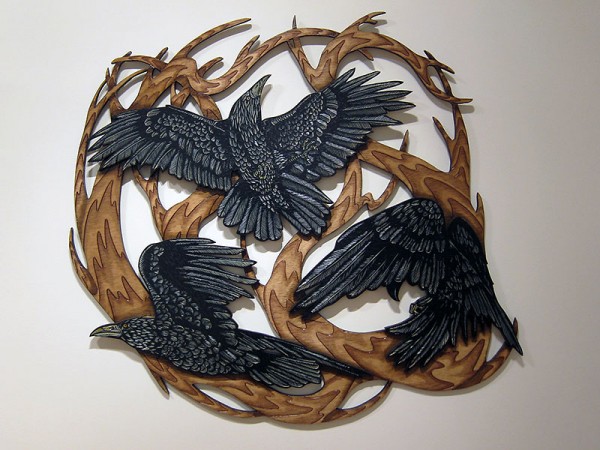 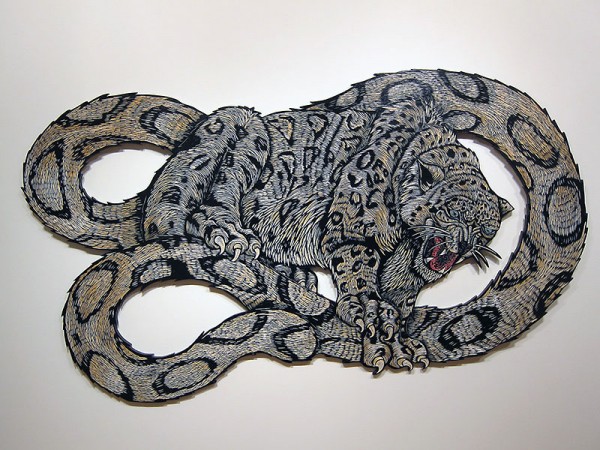 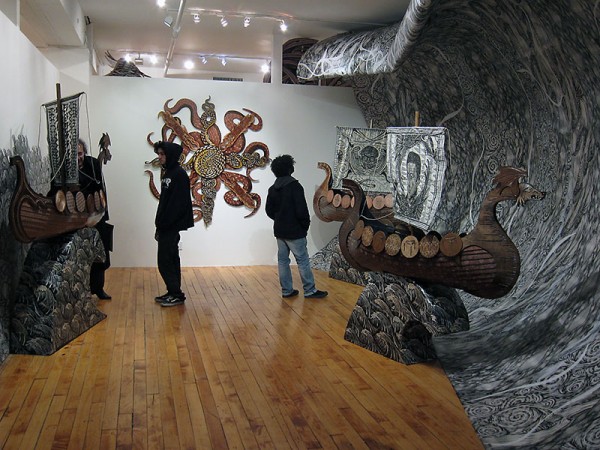 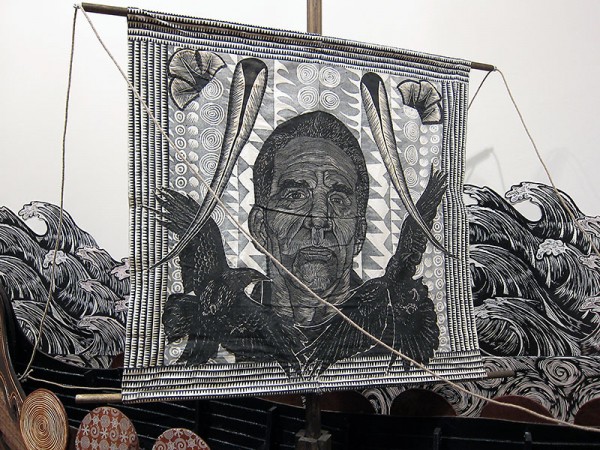 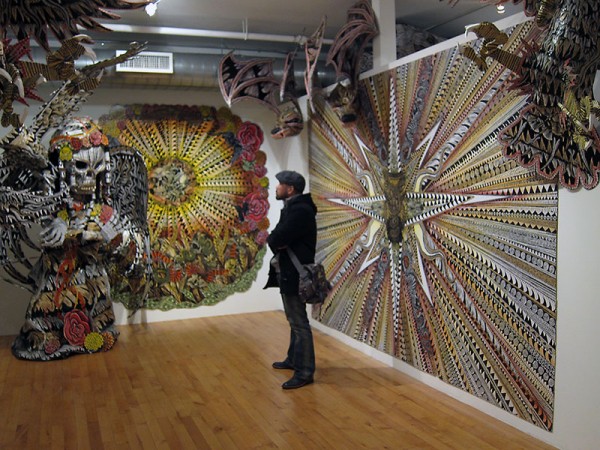 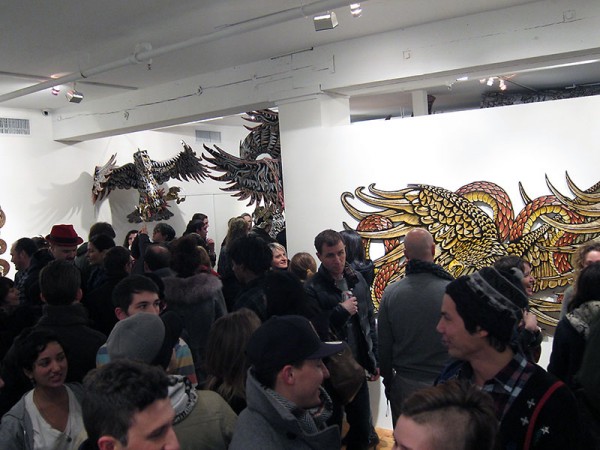 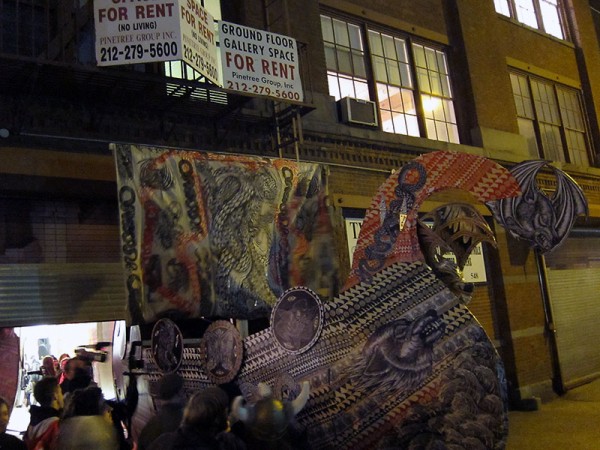 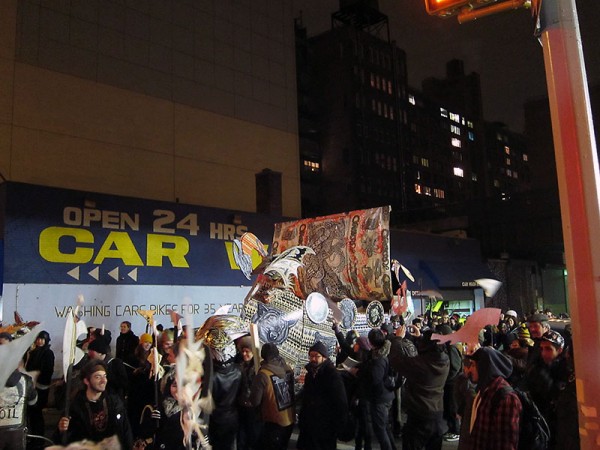 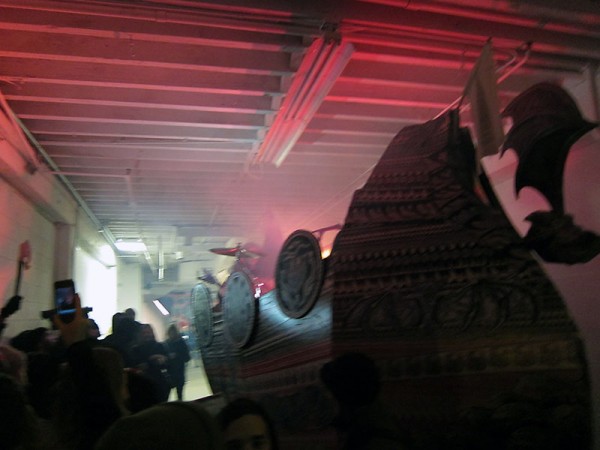 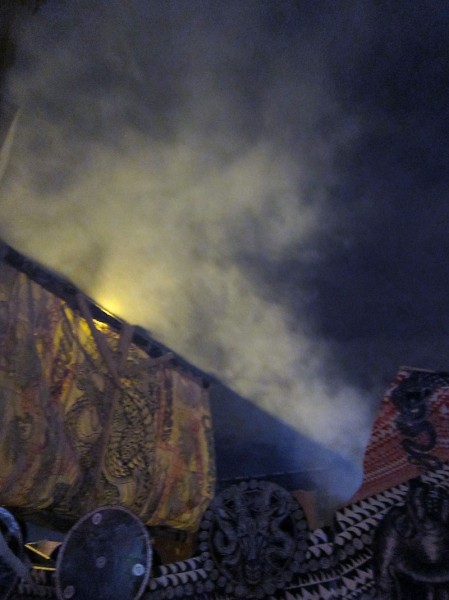 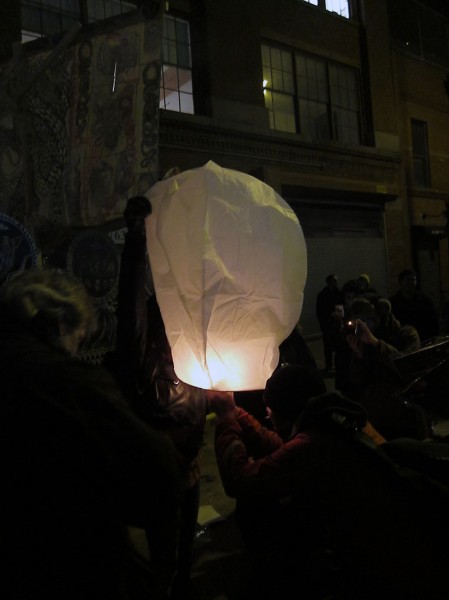