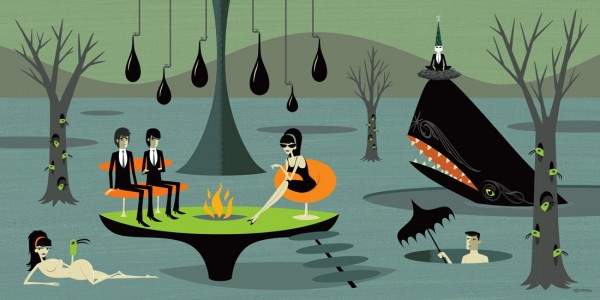 If you need something to look forward to once the Art Basel festivities are over with, look no further than the following weekend at Jonathan LeVine. Josh Agle (SHAG) (interviewed) will be opening his third solo exhibition at the NY gallery entitled “Ambergris” featuring over a dozen original acrylic paintings on panel as well as three large-scale giclee editions on canvas.

For this new body of work, SHAG drew inspiration from his renewed interest in surfing and the ocean, although unfortunately for him, this included re-occuring nightmares about whales trying to kill him. This led to a nautical-themed series of paintings, hence the title, which refers a foul smelling wax-like substance secreted within the intestines of the sperm whale that paradoxically (once processed) is prized by the companies that manufacture fragrance, cosmetics and pharmaceuticals. Of course, expect SHAG’s signature use of the mid-century aesthetic paired perfectly with imagery of the sailing and whaling industry at the time.

Another preview image after the jump… 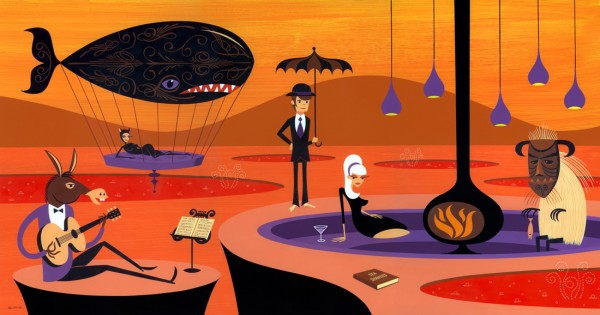