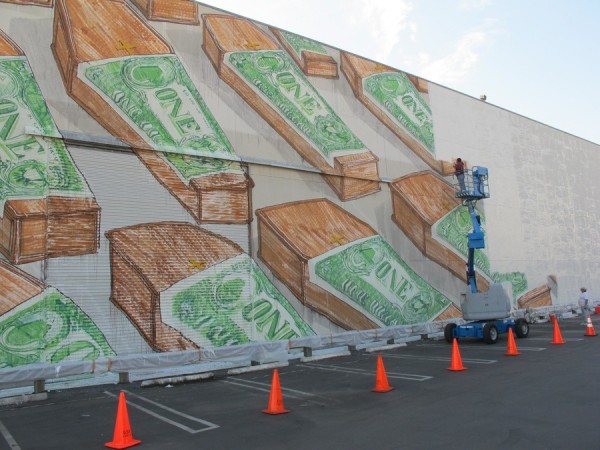 If you blinked, you would have missed Blu’s newest mural in Los Angeles. Invited to by the MOCA to paint a wall ahead of it’s highly anticipated “Art in the Streets” exhibition in April, the museum apparently had forgotten that the Italian street sensation made his name making pointed political statements with his large-scale work, often site-specific and aimed directly at the local governments and/or corporations. With the piece facing a Veterans Administration building, the museum (with or without Deitch) decided to buff over the mural within 24 hours despite the recent Smithsonian and Wikileaks controversy about censorship.

More photos after the jump via Unurth… 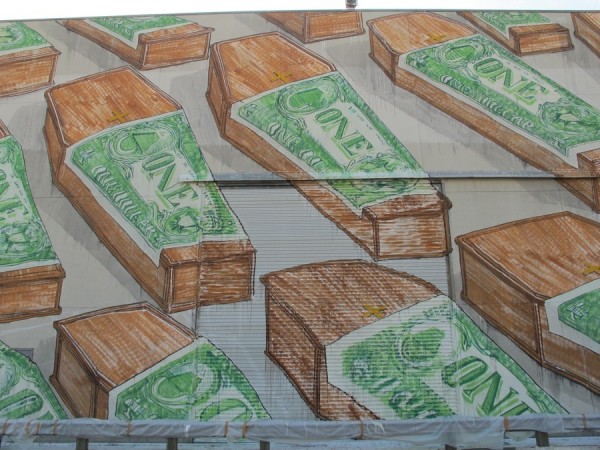 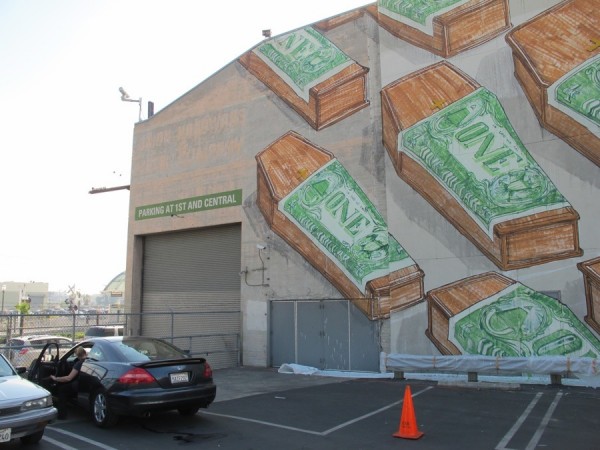 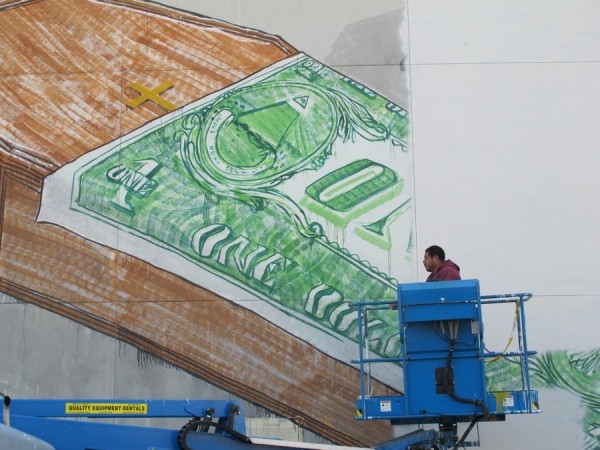