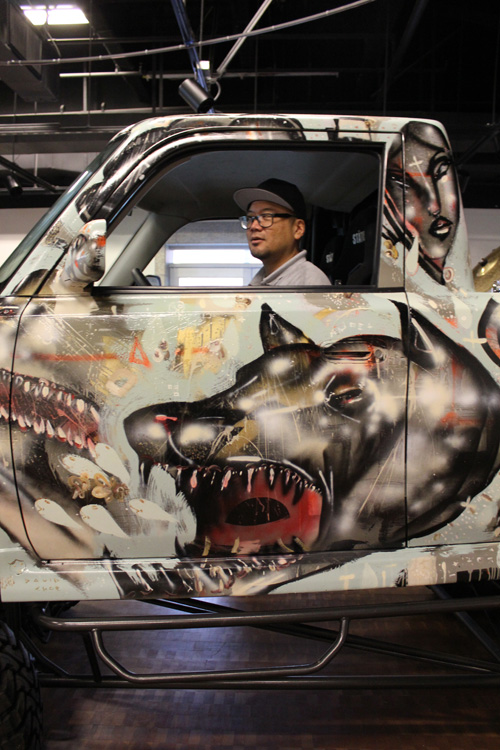 This upcoming Thursday night at the Japanese American National Museum, the Zen Garage exhibition, developed in collaboration between the JANM and Giant Robot’s Eric Nakamura (interviewed), will be open to fans of car culture and art alike. The show features The Super Famicom Car – a retro video game inspired by a converted Scion xB that utilizes projectors from both the front and rear to play video games, Spike – a custom motorcycle by Shinya Kimura, and David Choe’s (featured) custom Monster Scion xB including a drum kit in the back. 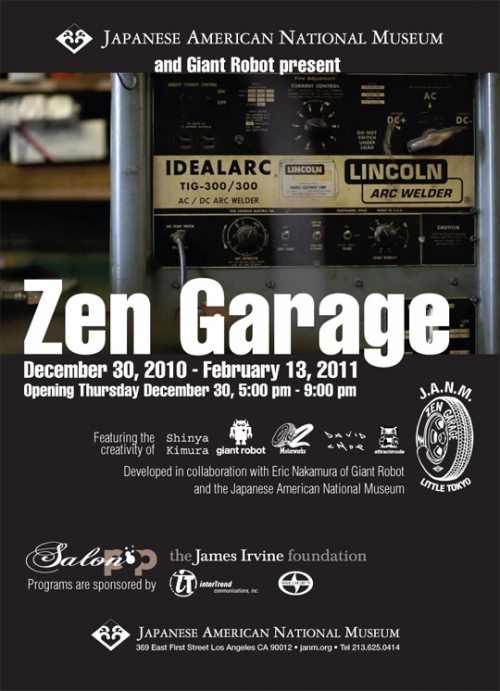 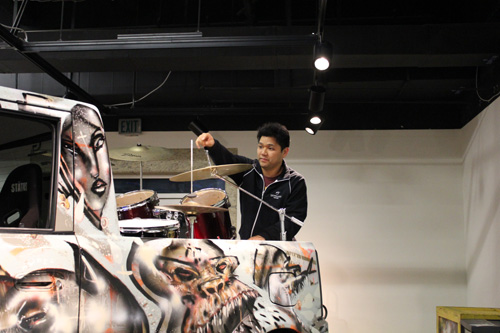