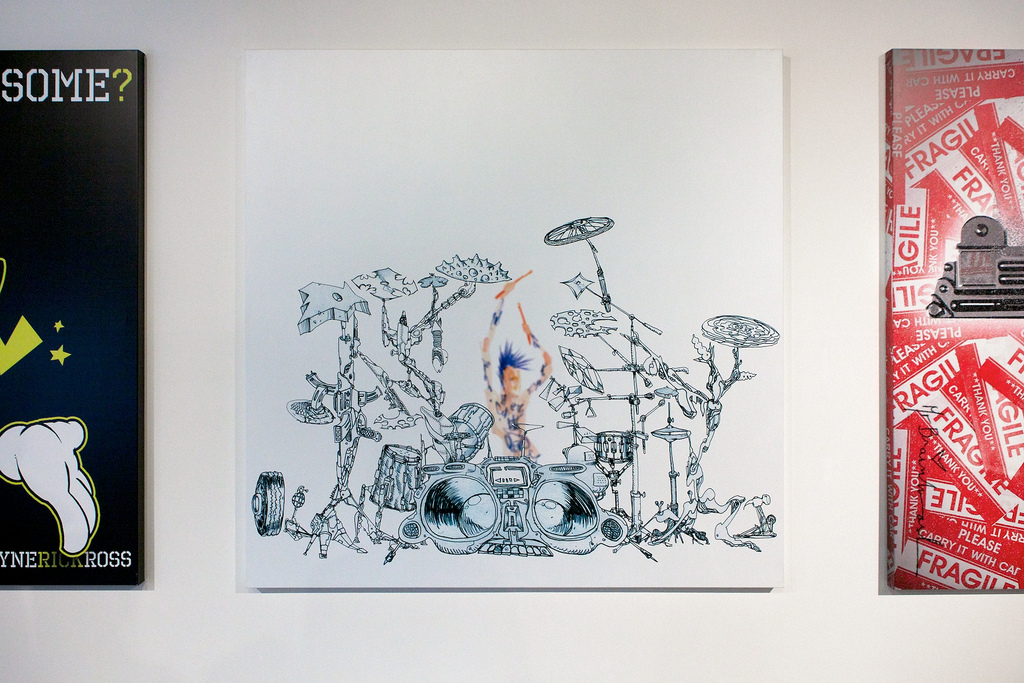 Last week, the Live On Sunset venue in Los Angeles hosted the Travis Barker’s Give The Drummer Some Art show. We aren’t sure if all the art is really going to the Blink-182 drummer but it would make for an interesting addition to his collection with artists like David Choe, Jeff Soto, Chris Peters, Pushead, Haze, Mike Giant, and Mr. Cartoon in the lineup.  Incidentally, Give The Drummer Some is also the name of his first solo album which was released recently.

More photos courtesy of Brandon Shigeta after the jump…