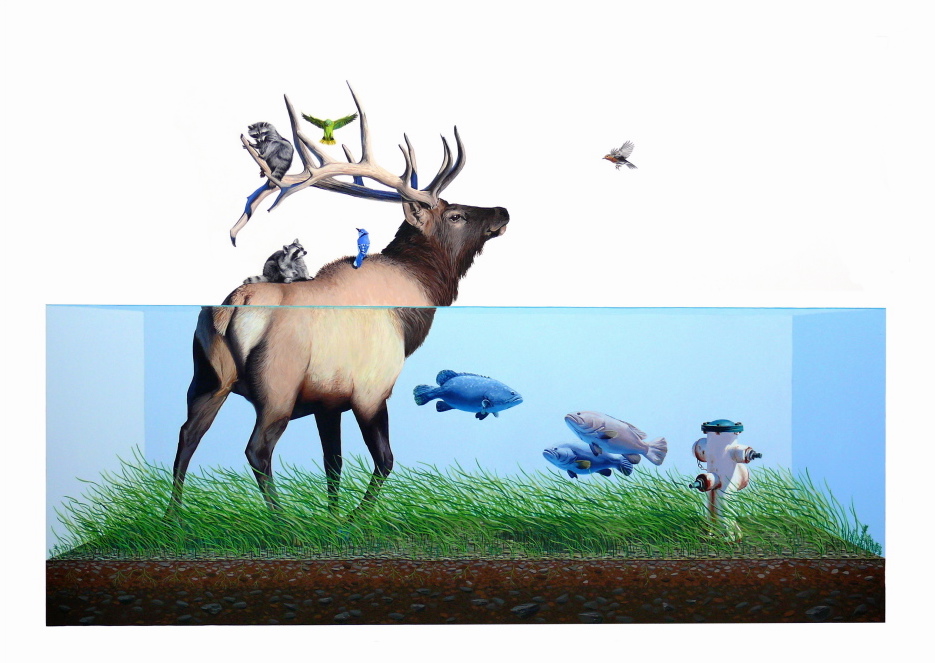 With his next exhibition, The Magician’s Garden (teased), right around the corner, Josh Keyes (interviewed) has taken some time out to once again teamed up with Tiny Showcase for their fifth collaborative effort to raise funds in the name of charity. With $10 from the sale of every print being donated to Doctors Without Boarders, and with over $28,000! being raised for Stand With Haiti through the sale of the “Totem II” print last winter, the two partners are sure to help this year’s cause of choice, undoubtedly with the Japanese tragedy in mind.

This year’s selection (fittingly titled, as it relates to the disaster at hand), “Evacuation”, was a painting originally exhibited in Natural Selection (covered). In an interview we conducted with Josh during the show, he had this to say about the work:

“You have the hydrant, which is the source of water, now overflowing with water. I’m playing with the issue of global warming and also in a way, kind of building my own person imagery too. Some of the reoccurring animals that I’m using, ones who have a personal significance to me, do represent certain folks in my life too.”

Released in an unsigned, timed open edition ending next Tuesday, March 29th, the 8″ x 10″ print can be purchased for $30 here!

Check out some detail images, as well as a few shots of the actual painting after the jump. 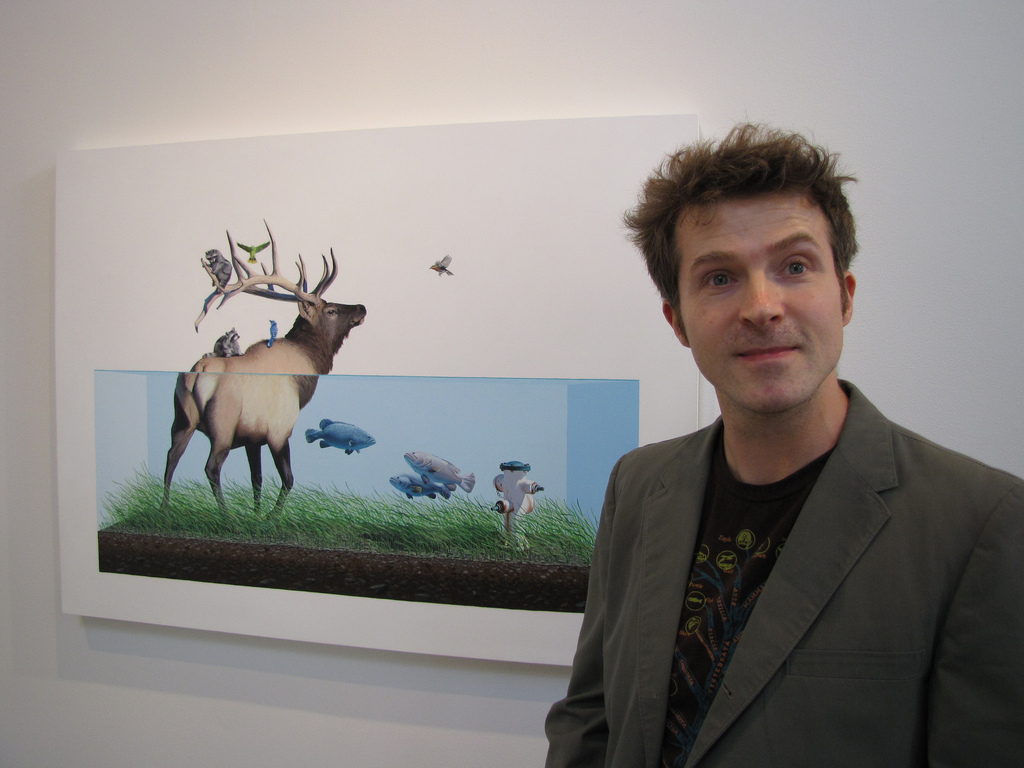 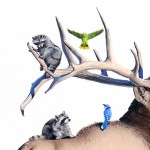 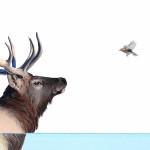 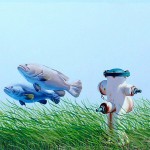