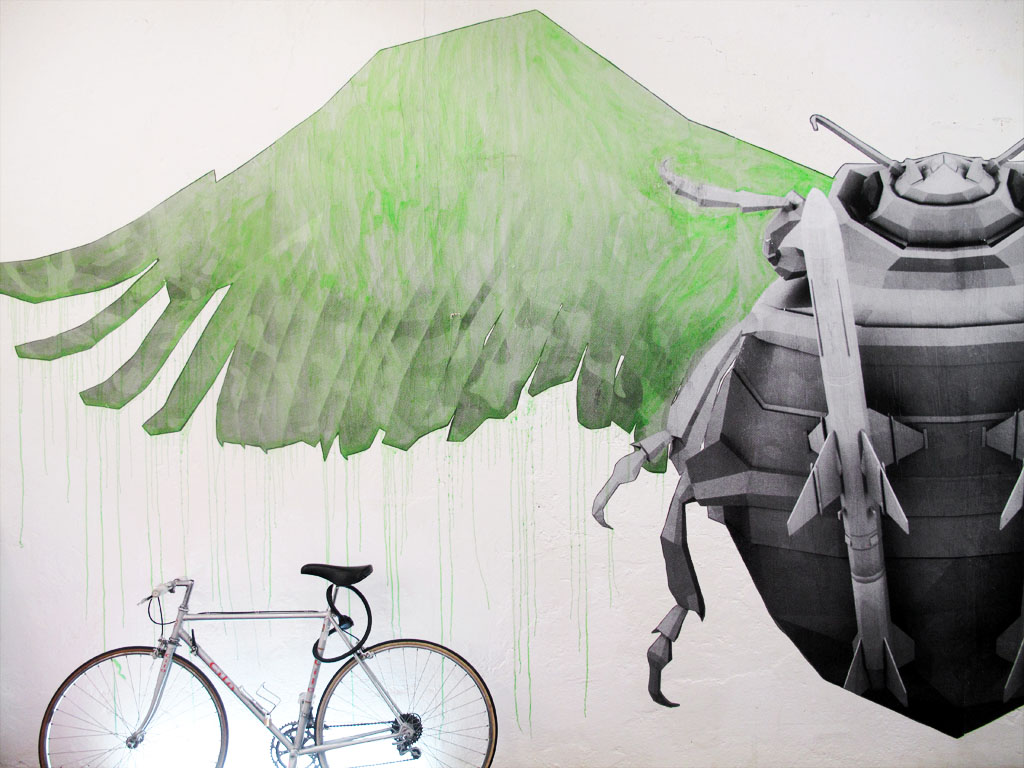 Paris street artist, LUDO (interviewed), has just penned a new chapter in his young artistic opus with the opening of his first solo exhibition in Zurich. Instructed by the gallery to not attend his own opening, smartly so in the wake of the his extensive work in the Swiss streets (more on that to come) as police were on the prowl outside the gallery, La Belle Vie (previewed) proved the artist’s capacity to translate his vision to an indoor environment. Utilizing a wide range of mediums and included an impressive series of works on paper, Starkart Gallery was transformed, bathroom included, with LUDO’s unique blend of organic and mechanical imagery, all rendered with a signature green slime spin. Even if the streets are arguably his most effective platform, the exhibit was well received and well attended so look out for future gallery efforts, including a show in the UK this fall, from the French phenom.

Check out some installation shots after the jump. 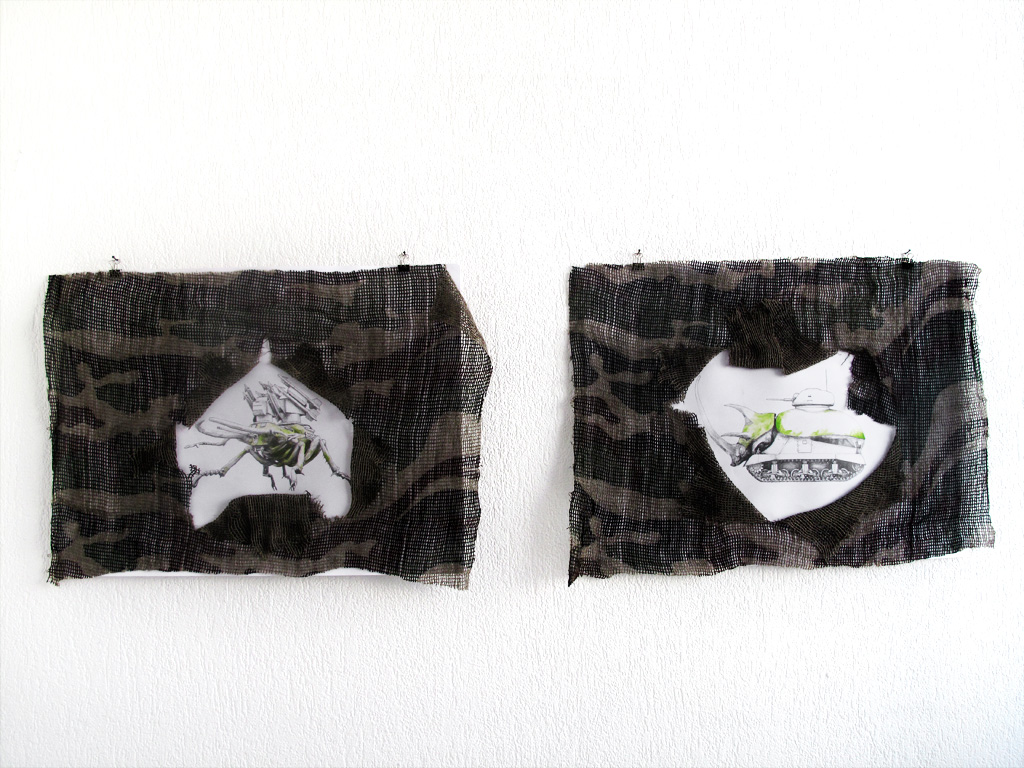 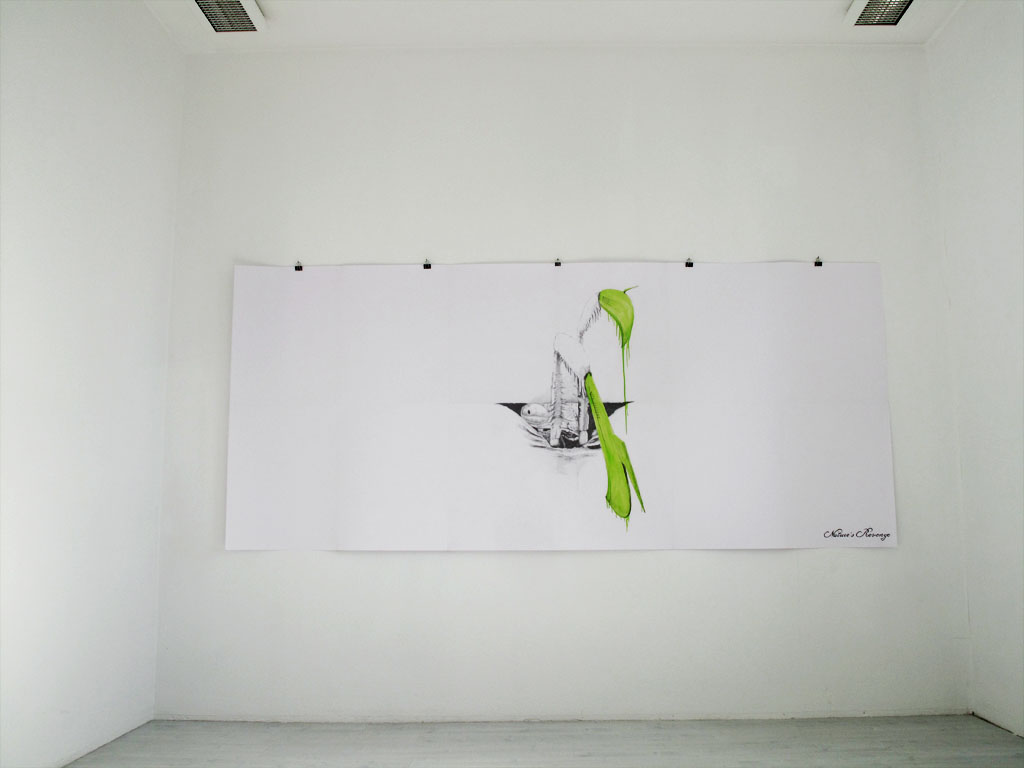 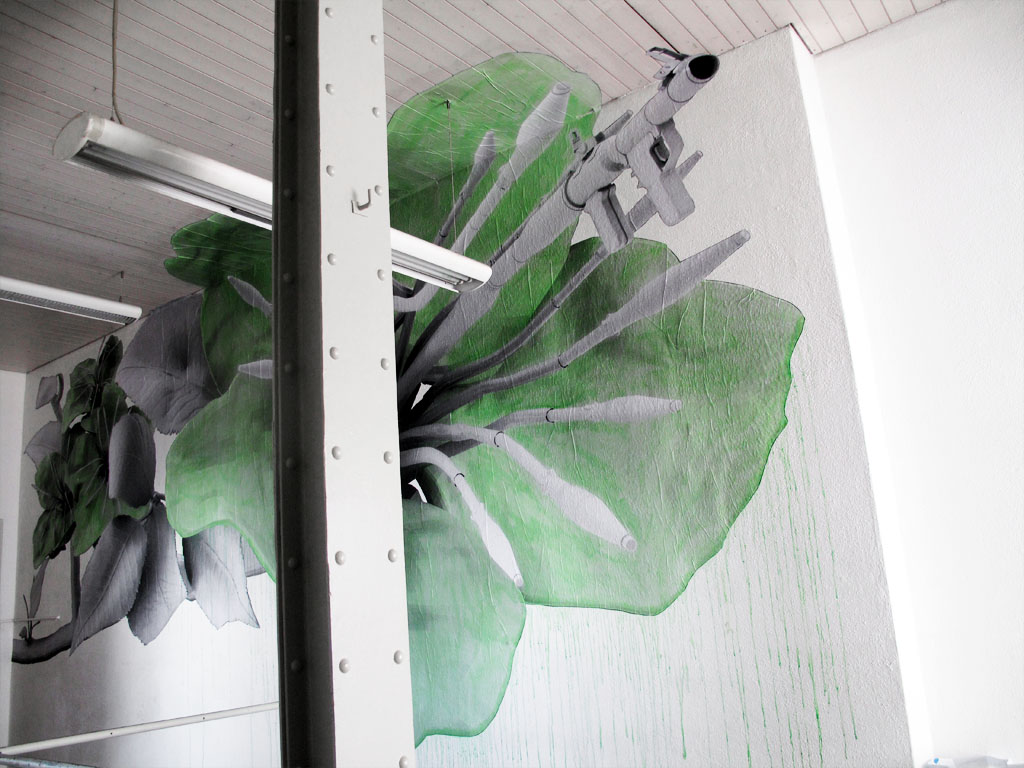 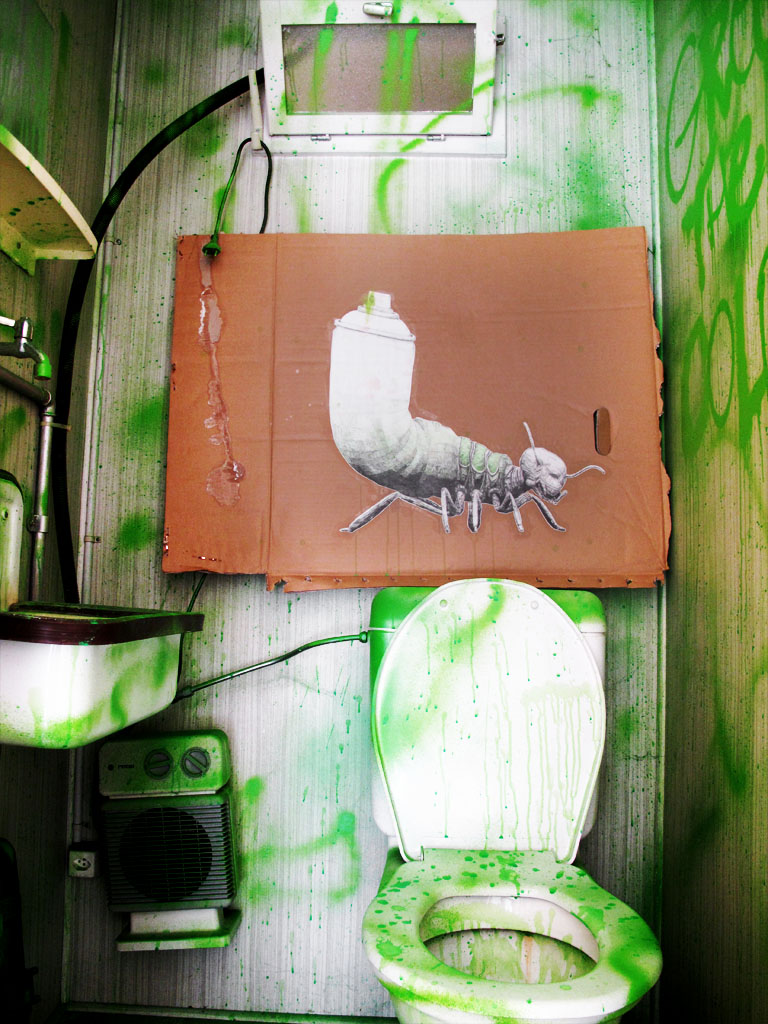 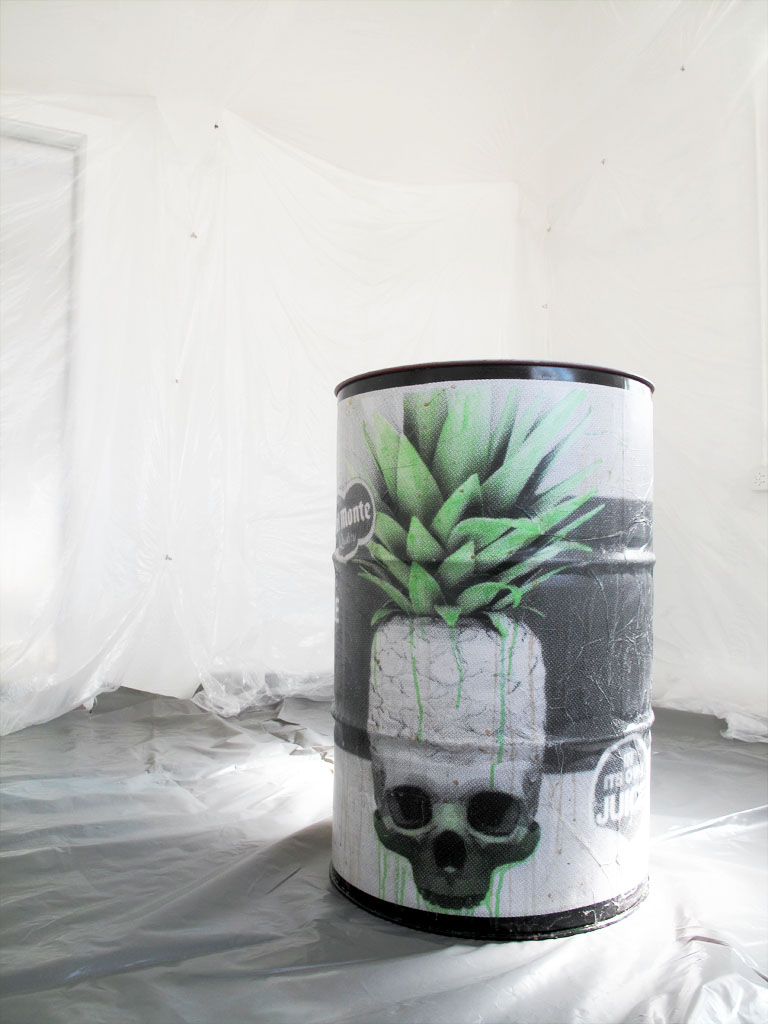 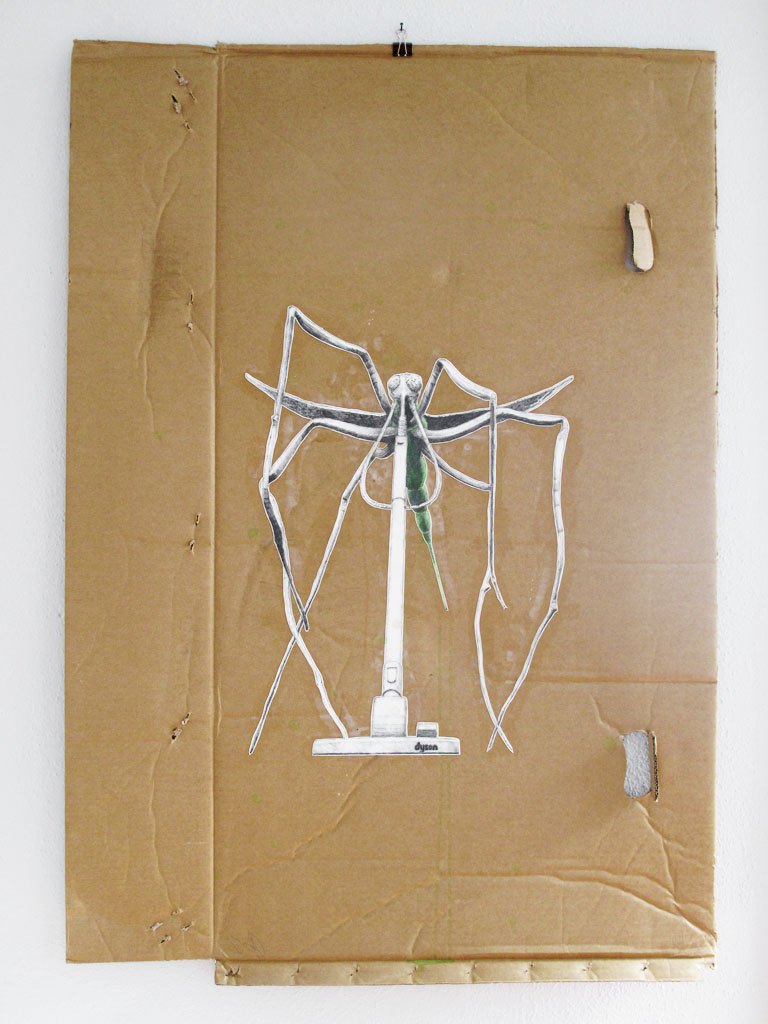 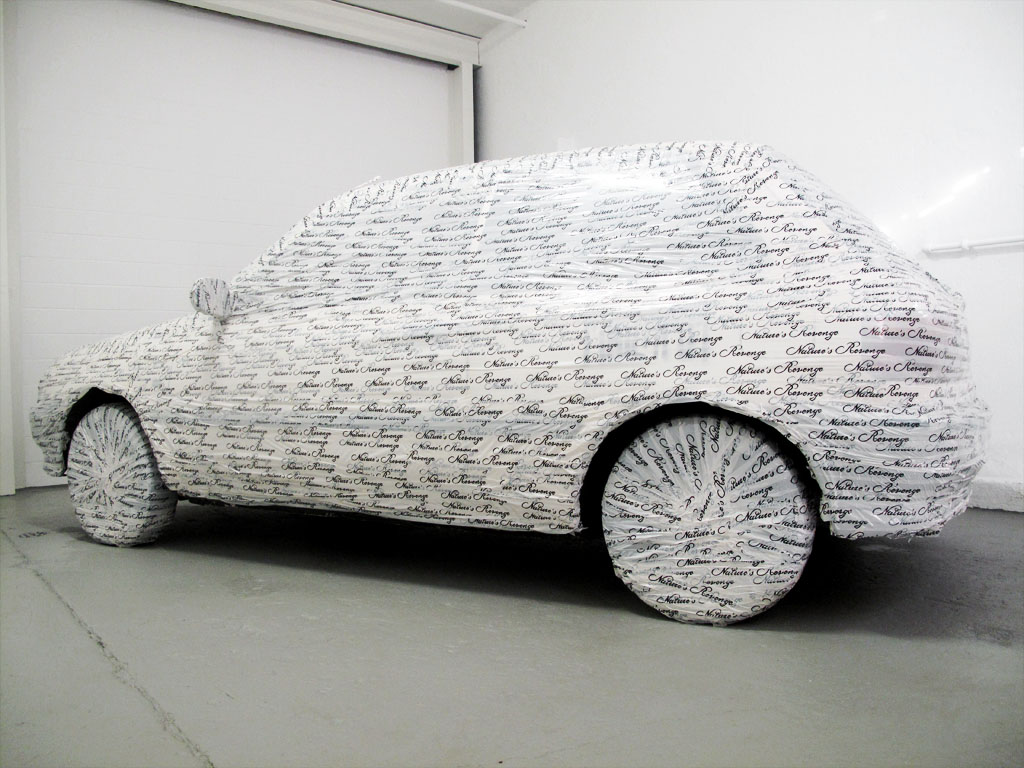