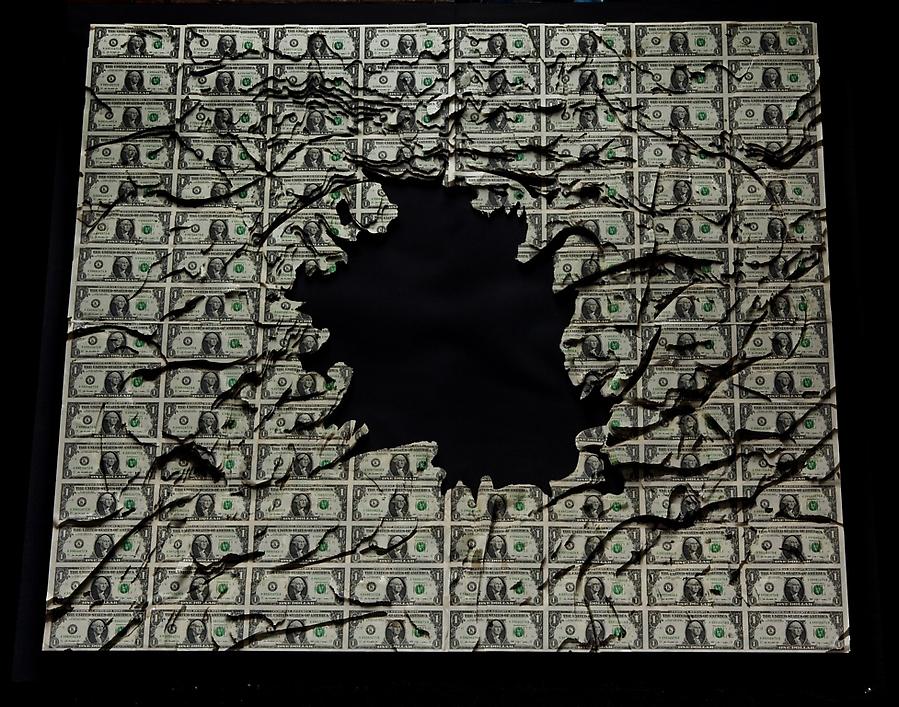 Tonight in New York City, Marc Jancou Contemporary opens a compelling three person exhibition, entitled Blankness Is Not A Void. Including works from Scott Campbell, Raymond Pettibon, and Steven Parrino, the trio of artists examine the everpresent themes of love, sex, and death in their own unique and unconventional ways. A selection of the late Parrino’s drawings and mixed media works anchor an extensive collection of Pettibon’s 1980s ink works on paper as well as a new series of Campbell’s cut currency works, who appears to have kept the creative ball rolling since his LA premiere, Noblesse Oblige (covered), just last month. An impressive marriage of three prominent artists at varying stages of career, each renowned for playing off similar iconographic imagery.

Check out a preview of some of the work after the jump. 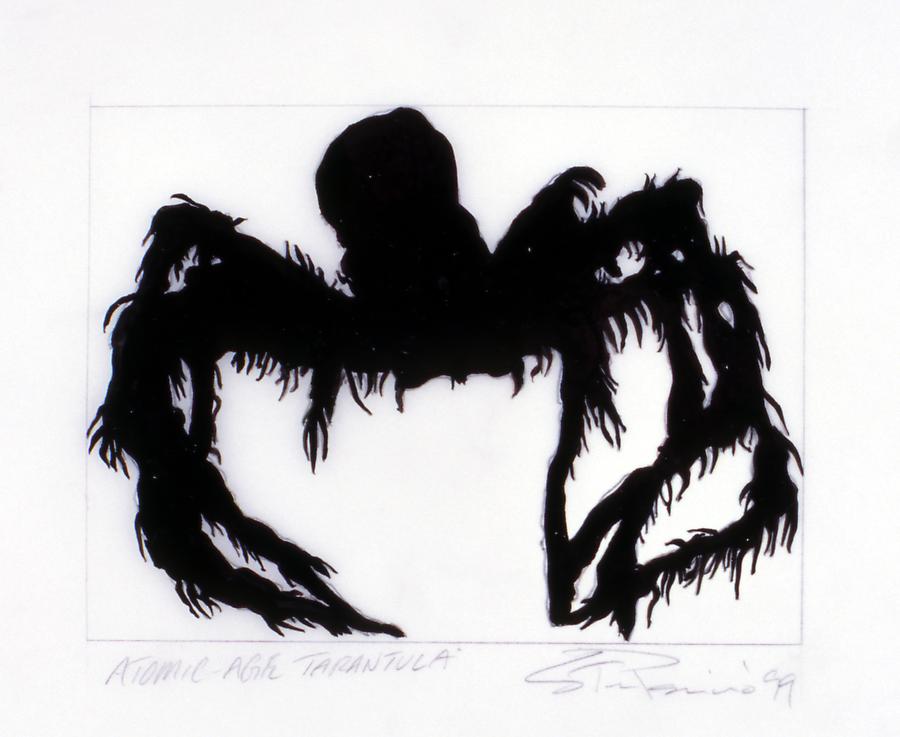 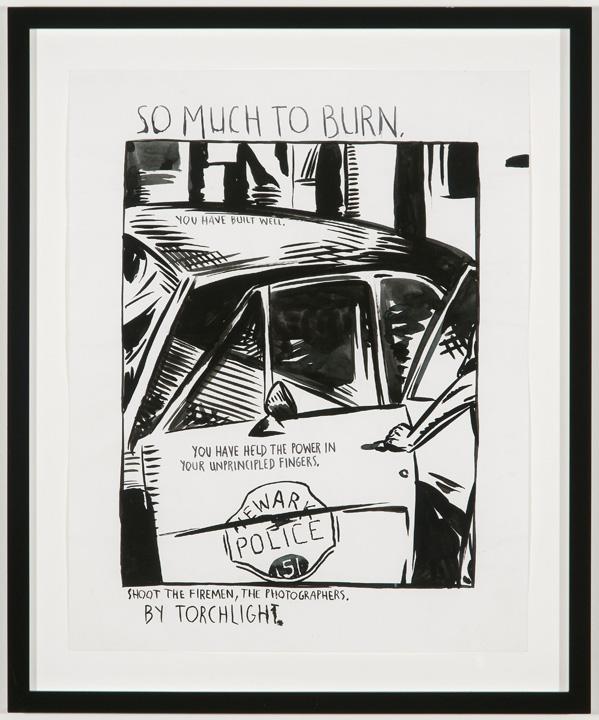 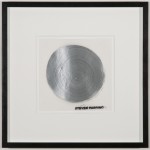