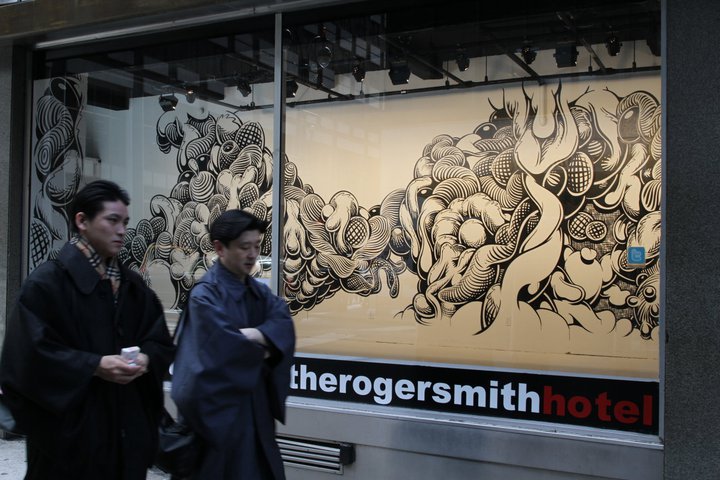 While working on his big solo coming up in LA in May, Mark Dean Veca (interviewed) has still found time to work on other projects (also see South Park show).  One of these side adventures has taken him to New York where he has installed his Impulse wall drawing at The Lab, which is run by Roger Smith Arts, who produces the art, music and spoken word programming for The Roger Smith Hotel.

The install will be showing until April 8th and is meant to be seen from the sidewalk.  Stop by if you have a chance or take a look at some photos after the jump…