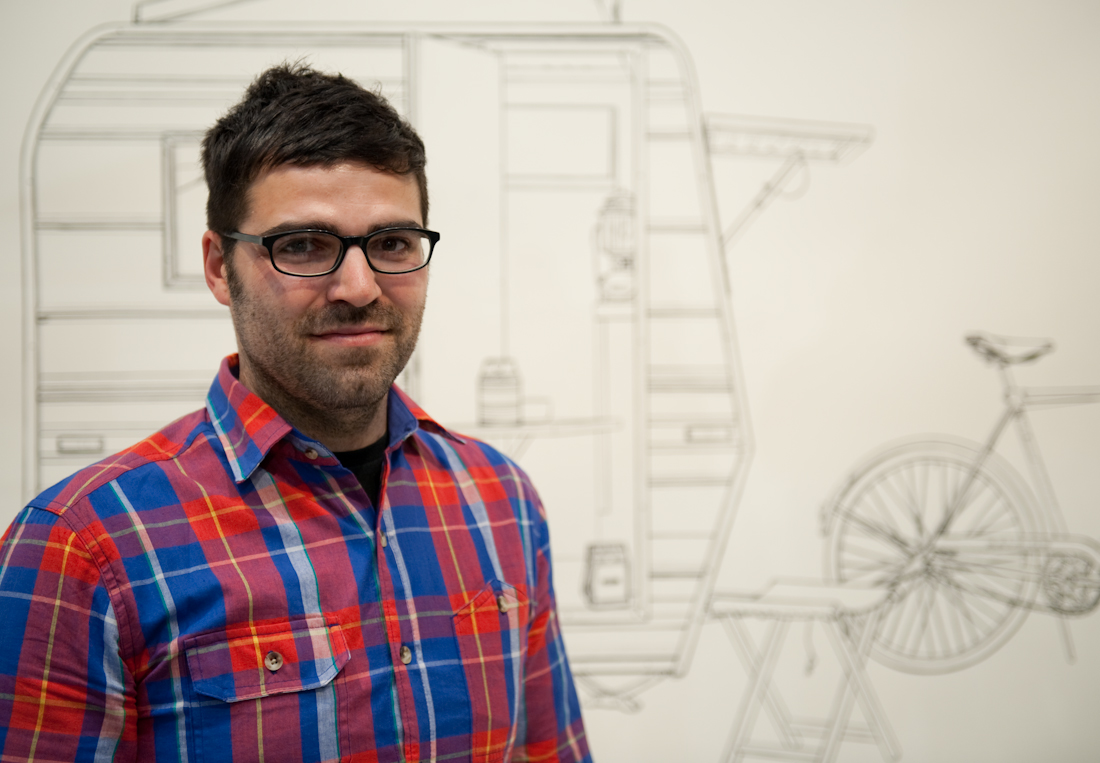 Last night, 941 Geary hosted the opening of Kevin Cyr’s (interviewed) solo Home in the Weeds in San Francisco.  The last time he showed at the Bay Area, it was a two-person show at sister gallery White Walls (covered) and featured his popular depictions of the vandalized vehicles. This time around though, the Brooklyn-based artist brought along some still life paintings featuring everyday objects like old radios or pen knives. And, it looks like he further explored his camper-bike concept with other unique living structure installations.