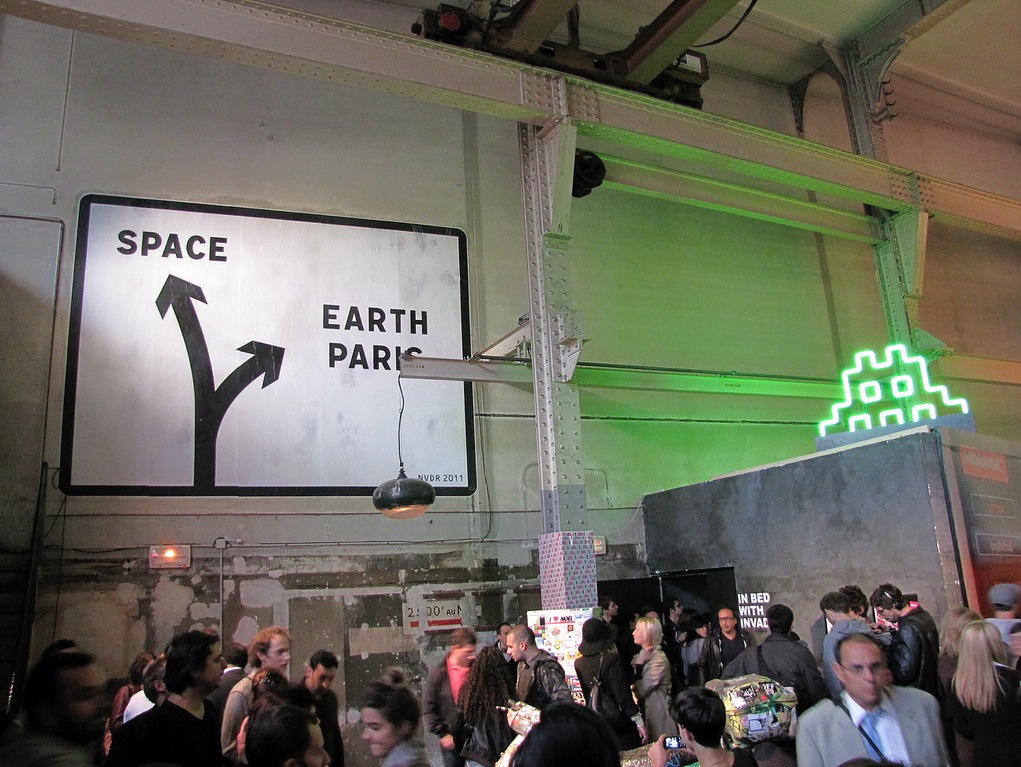 Yesterday night in Paris, resident street tilemaster Invader put on the mother of all shows to celebrate getting up for the 1000th time at La Générale, organized by Gallerie Le Feuvre. Almost as impressive as the amount of work the French artist created is that fact that it seems he meticulously documented everything as evidenced by a large wall covered by what looks to be a photo of every single piece (perhaps not surprising as being obsessive-compulsive may run in his blood seeing his cousin is videography addict Mr. Brainwash).  Other highlights of the exhibition entitled appropriately 1000 include side by side Osama bin Laden and Darth Vader portraits, huge neon invader signs, a giant Rubik’s cube, and more.

More photos gathered for you of the opening after the jump. 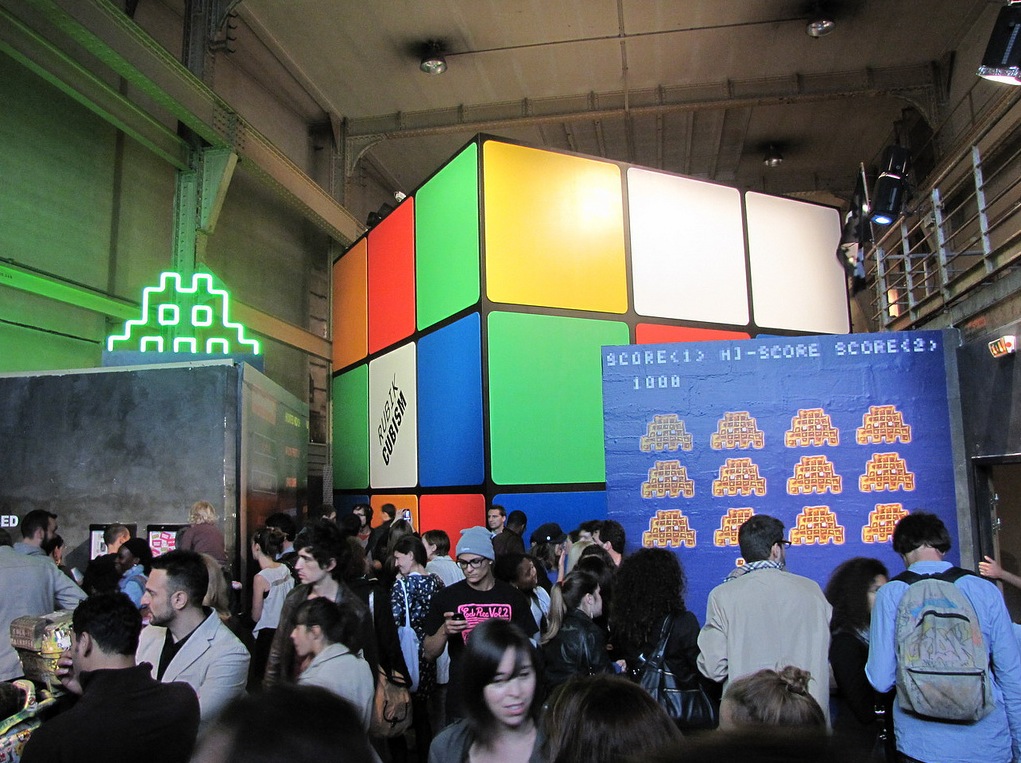 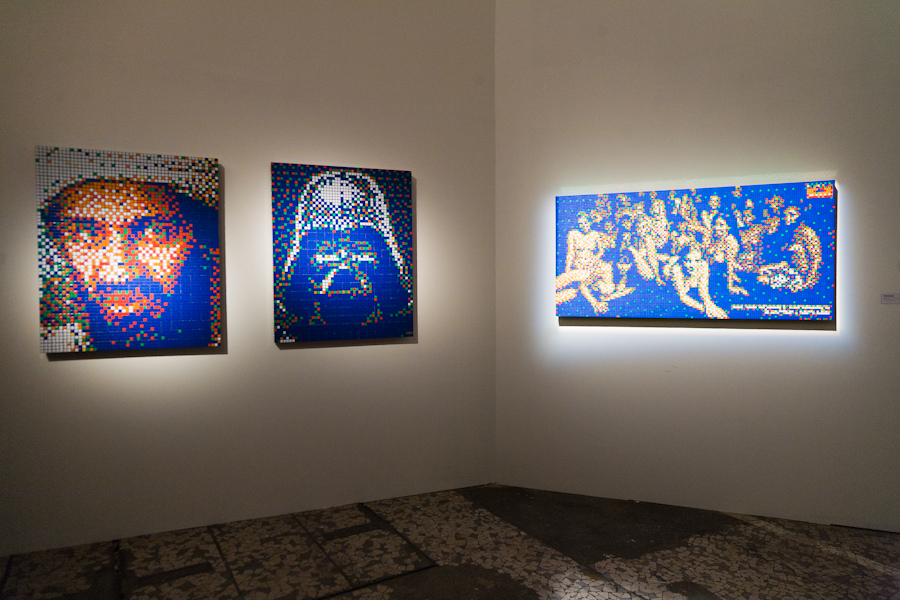 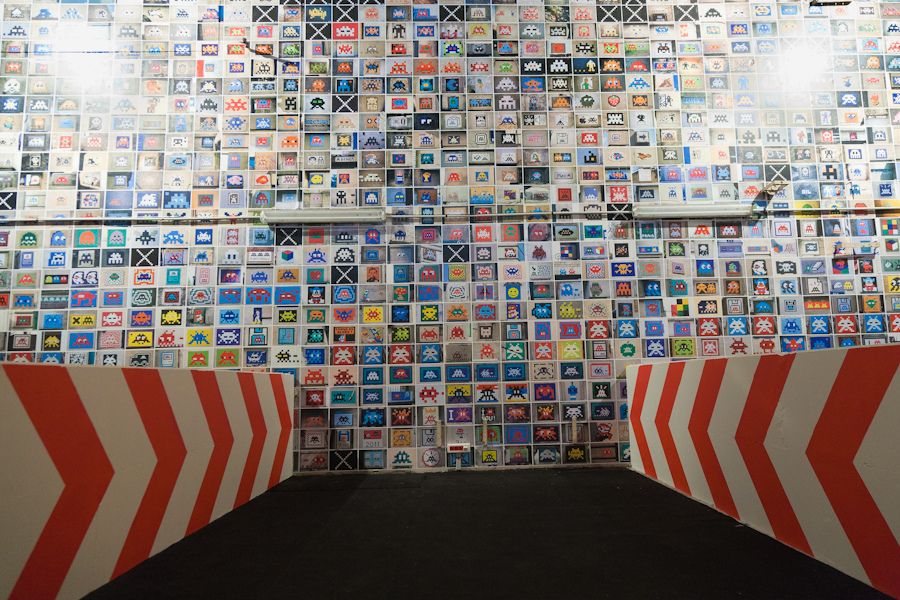 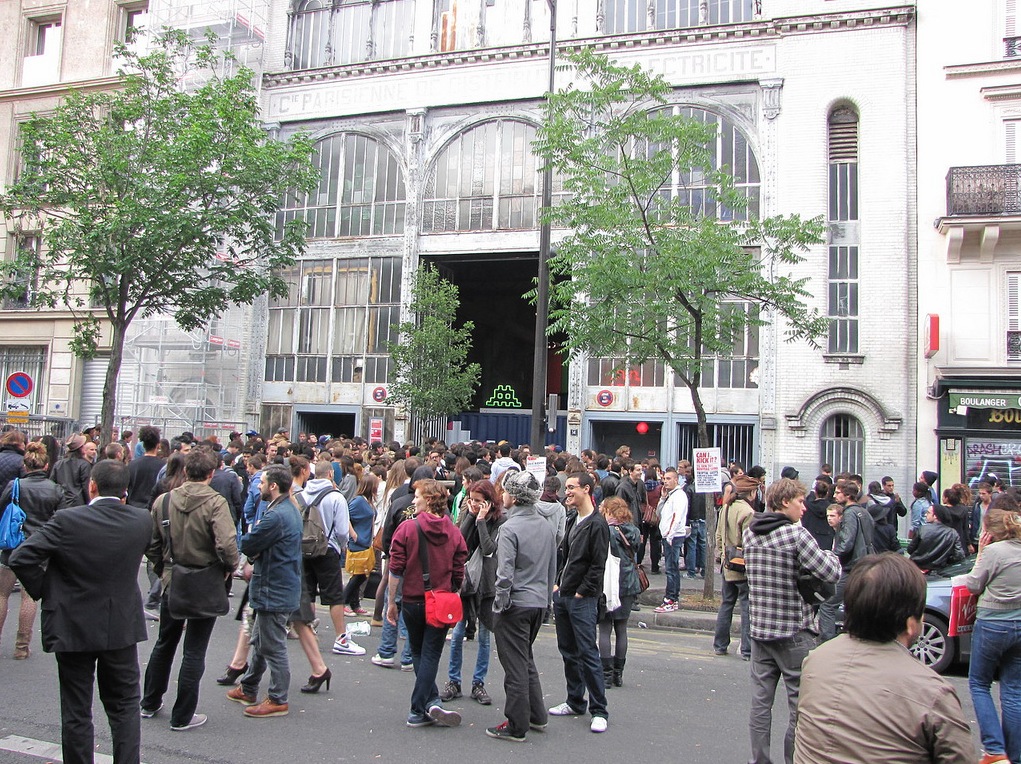