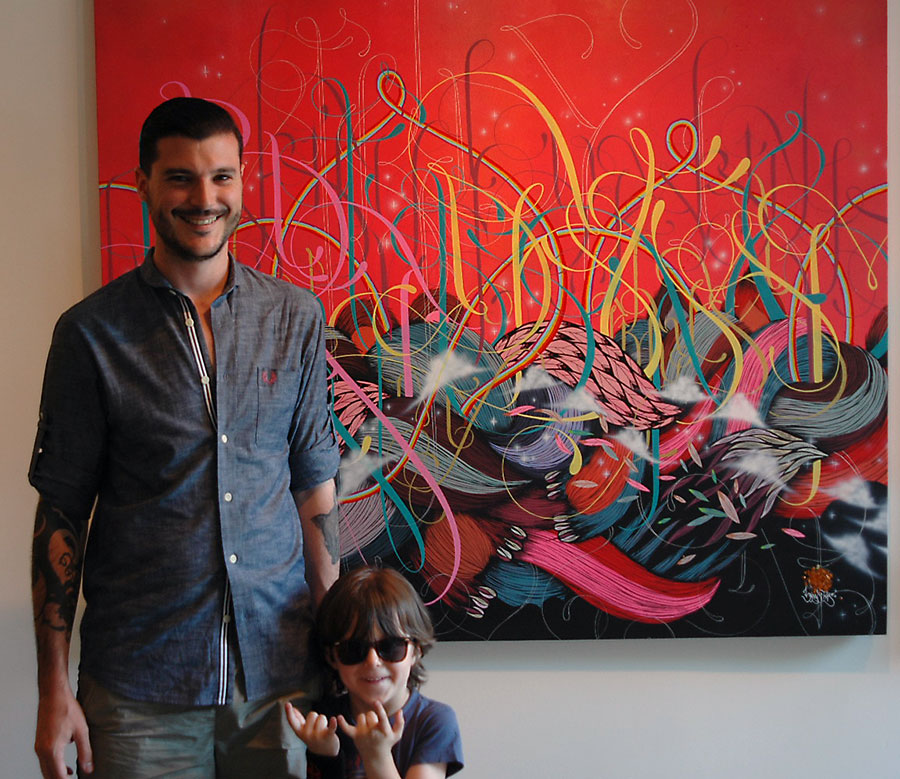 We recently went by Muriel Guepin Gallery to check out French-born, Brooklyn-based artist Supakitch’s (featured) first major NYC exhibition, entitled Based on a True Story, which is up through the end of July. For the show, Supa presented mostly new paintings on canvas and works on handmade paper that featured his characteristic bold colors, fine line-work and music-inspired compositions. Although Supa’s stylized animal characters were still present in these pieces, they were more subtle and abstracted than usual. For example, one of the most eye-catching new paintings featured a beautifully rendered snake intertwined throughout, but its head is left outside of the composition, which allows the viewer to focus instead on the skin’s ethereal luminescence.

Take a look at all our images from Supakitch’s Based on a True Story, after the jump. 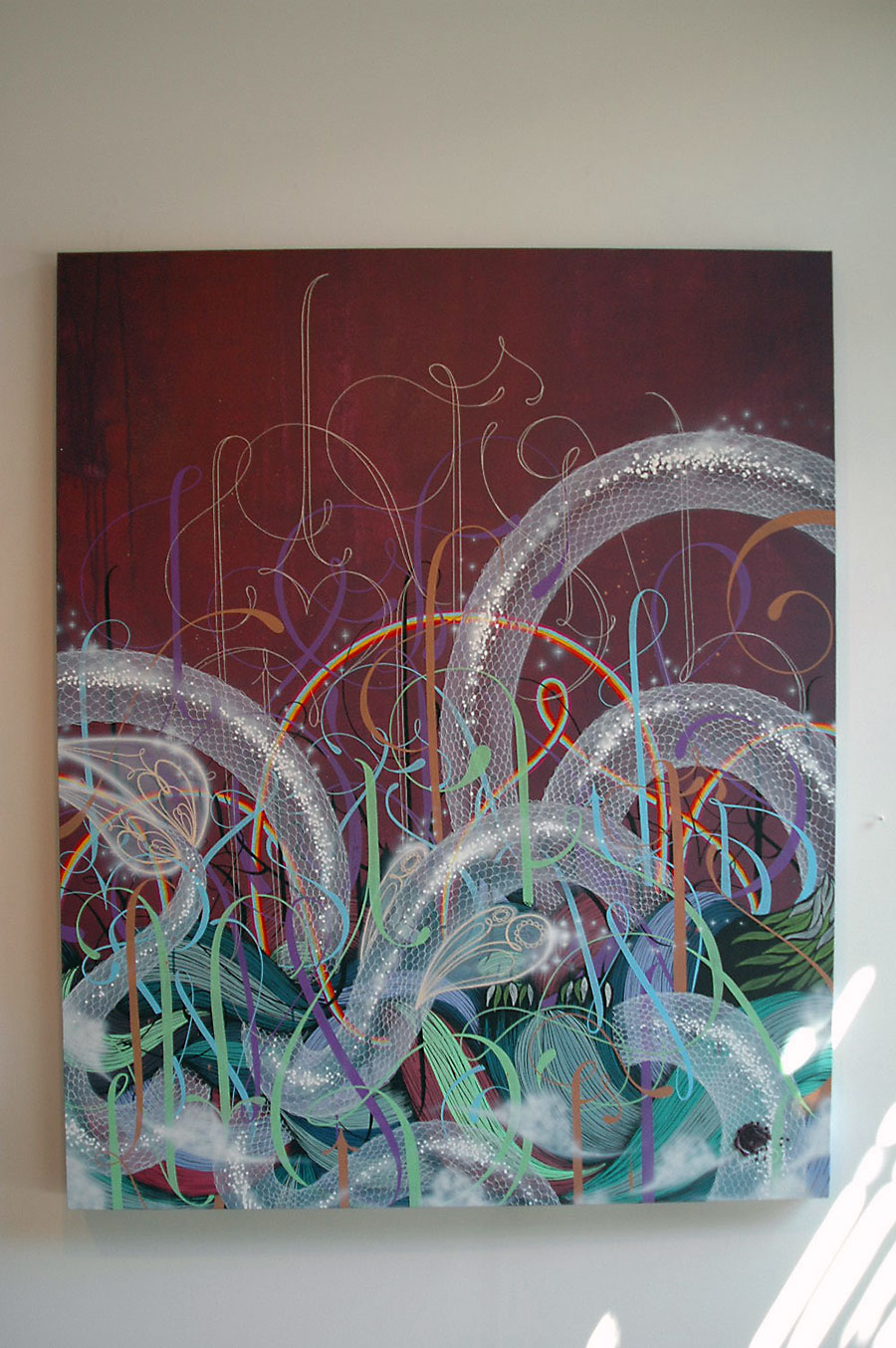 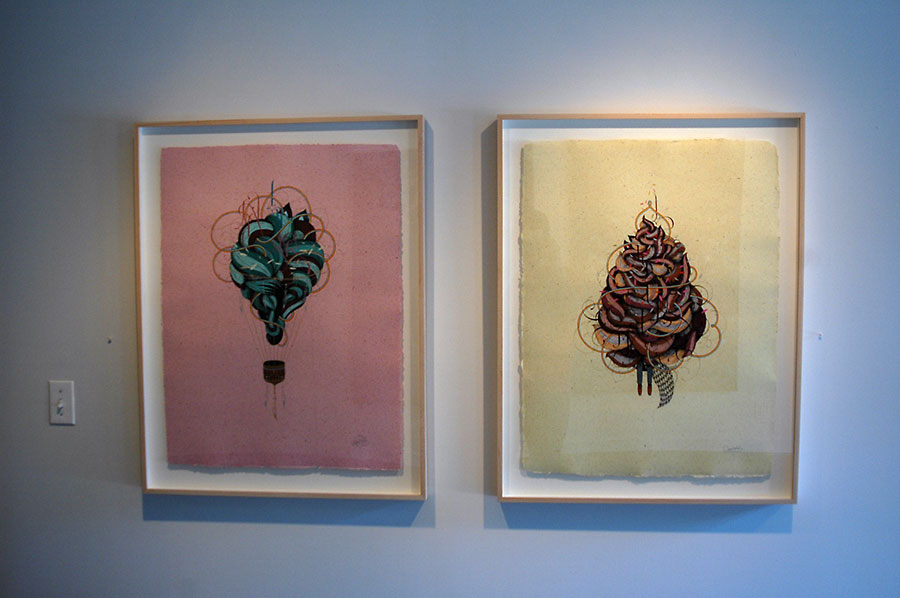 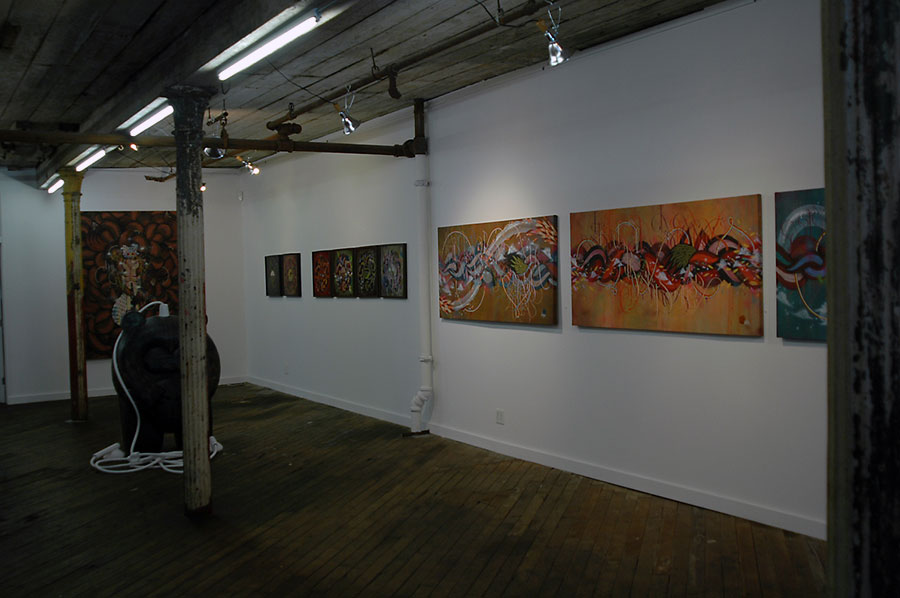 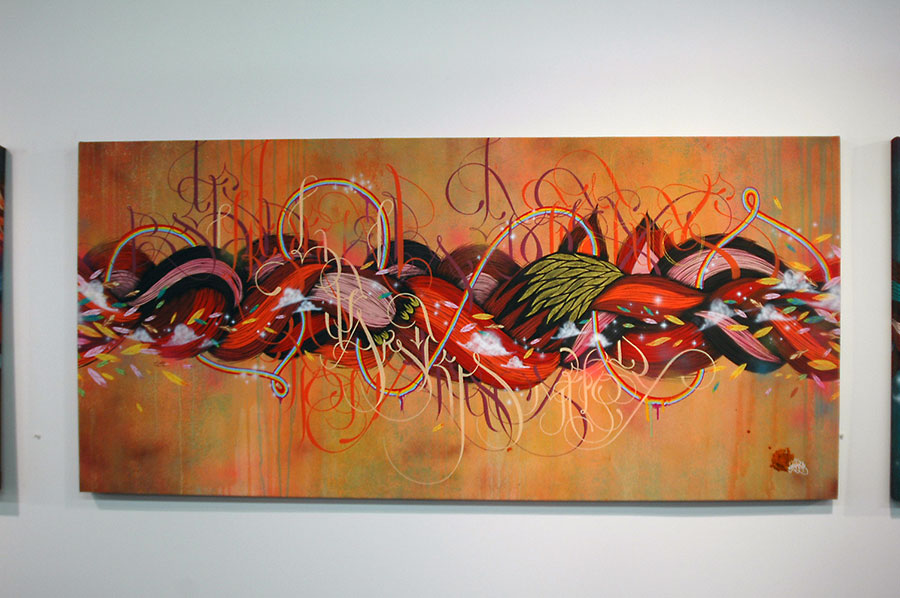